Launched in the year 2002, Dio is the original ‘moto-scooter’ designed for the trend-setting youth which merges the aggressive looks of motorcycle with convenience of scooter. The new Honda Dio 2017 has been launched for INR 55,000 (on-road, New Delhi), which is about INR 700 more than the outgoing version. What are the changes on the new scooter? We share all the details. Read further to know more about it.

There isn’t a significant change in the new scooter. It does get some additional cost in its price tag, as it is now priced at INR 55,000 (on-road, New Delhi). This is what makes it an exciting package. 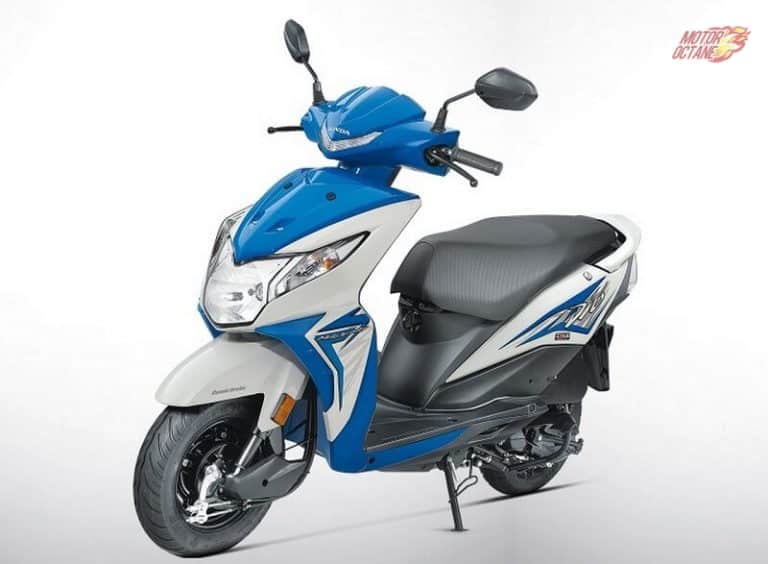 The new Honda Dio 2017 has a top speed of 82 km/hr. The scooter is stable up to a speed of 70 km/hr, after which the vibrations are prominent.

The new Honda Dio 2017 gets a new headlamp with AHO (Auto Headlamp On) feature, which is now mandatory for all two wheelers. A new colour scheme comes in place here and it has a dual tone effect too. This looks very attractive and there are new graphics as well, to make it look funkier. This makes the bike look different from the current one and it does stand out. There are new colours, like the yellow with grey accents. The Honda Dio is thus very attractive . There is also a new front apron. The entire styling makes it look appealing and trendy. At the same time, the new colour options make it look different from the existing Dio scooters. Another highlight is the new LED lamp on the handlebar.This is first time feature and adds to the flair on the Honda Dio. It looks gooks when lit. 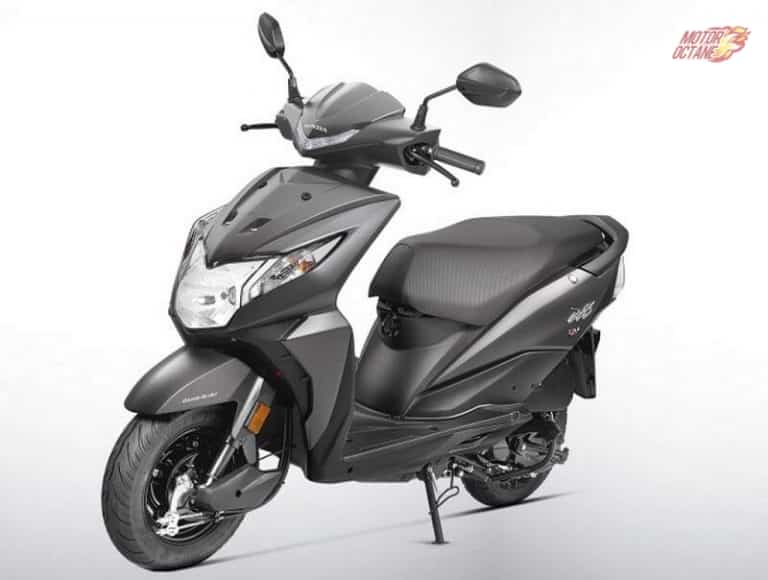 The seats are now broader and feel more comfortable. The tail lamp is now a clear lens one and looks more premium as well as sporty. The instrument cluster is a completely new one and a departure from the circular one. It is now more motorcycle like with a trapezoidal design. This makes the scooter look more macho and trendy as well.

The Dio is powered by the Honda’s engine technology – Honda Eco Technology (resulting in superior mileage). This is a 110cc engine that churns 8bhp of power and 8Nm of torque. This engine comes with a CVT that makes it extremely comfortable to ride. This has the new BS-IV compliant engine now. Honda Dio has the highest selling scooter engine. This comes in the Activa 3G, Aviator and even the Hero Maestro. This engine is powerful and has good enough torque to ride comfortably in the city. The Honda Dio was always a scooter which had very good handling characteristics. It is a lighter scooter than the Activa and hence more nimble to handle and easier to chuck around corners. There is no heaviness whatsoever. It sheer fun to zip around on the Dio. The Honda Dio 2017 carries all these virtues. The Honda Dio now comes with Combi Brakes, which is an added advantage. The Combi-Brake system applies simultaneous pressure on both wheels, even when only one of the levers is pressed. It provides balanced braking and avoids unnecessary skidding due to sudden application of brakes. It also makes the braking more sure footed.

The Honda Dio 2017 is available in the following exotic colours – 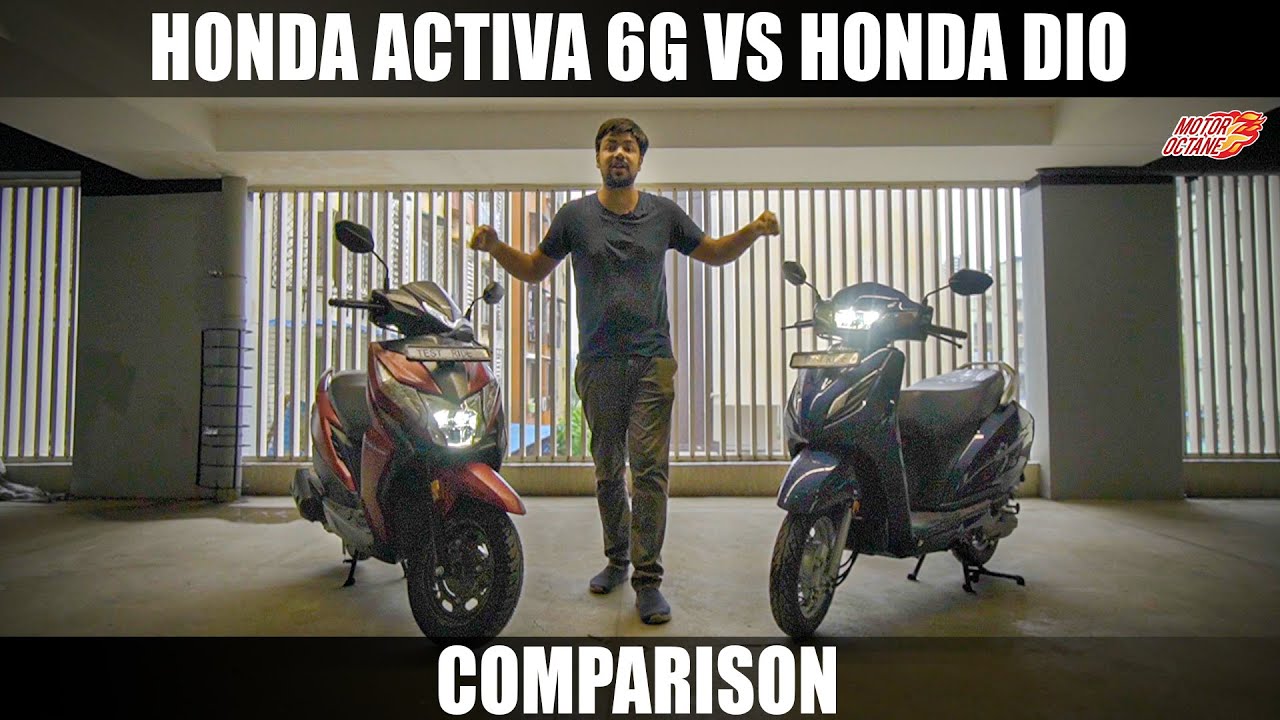