Home News Royal Enfield 331 is the next bike launch – EXCLUSIVE 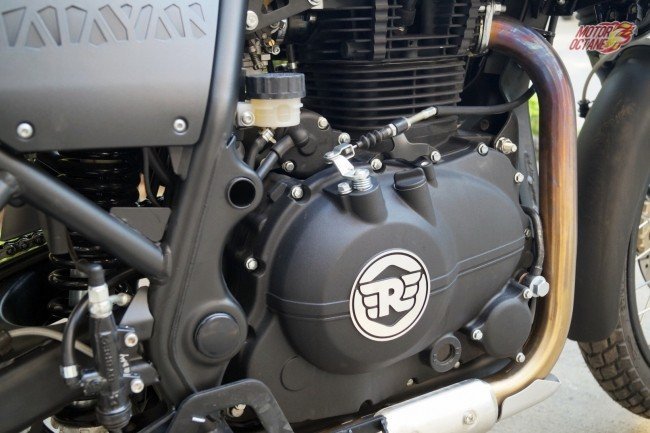 The new platform that is developed is light in weight and lot more flexible too. The new bike will be launched in European and North American markets and then will be introduced in India. The Royal Enfield’s new cruiser will have a 650cc (likely to be called as 650LS) engine that will be a twin-cylinder mill. This engine will be producing about 50bhp and it will come mated to a six-speed transmission. This engine will have fuel injection system. Royal Enfield is looking at exporting the Himalayan with a 410cc fuel injection engine and this will come with a six-speed transmission too.

MotorCycleNews.com says that it is a 750cc engine, but our sources have confirmed news that this new bike will have a 650cc engine. At the moment, the company is benchmarking the engine on a modified version of the Continental GT. The Conti is due to get this engine, however that will be coming in much later. They are the source for the spy shots too. The Chennai-based bike maker from now on will be building bikes for global consumption. Their current bikes do not have the power to cruise comfortably on a North American motorway. Hence, the company will be building more two cylinder engine powered bikes than a single cylinder. The smallest engine that the company will offer shall be the 410cc. There won’t be a 250cc engine and the company might even come up with a 1250cc twin-cylinder engine too. Though there is still some time for the new engine to be ready. The Royal Enfield Bullet HNP 331 was a bike that was built in the 1950s and it was a super light motorcycle. See more about the old bike: The pricing of the new RE 331 will be about INR 3-4 lakhs (on-road). This new bike will be competing with the likes of Harley Davidson Street 750. At least that will be the closest competition in India. India could get a carb version to further reduce the pricing.