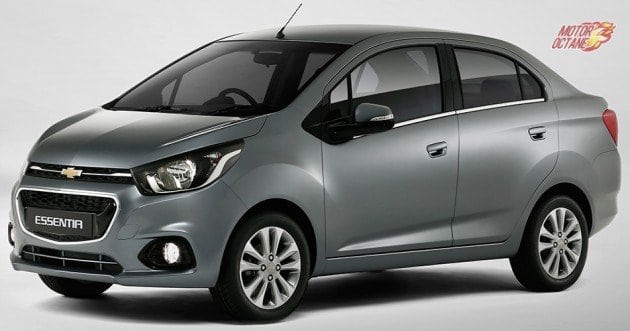 The Essentia is expected to be introduced by second half of this year in the Indian Market. The company had showcased it at the 2016 Auto Expo and had mentioned it will be launched in 2017.

The Chevrolet Essentia and the Beat hatchback are underpinned by a common platform. The concept has been designed at General Motor’s Korea Design Studio.

The Chevrolet Essentia looks identical to the Beat hatchback from the front. The front fascia with split grille with a bowtie logo and the swept back headlamps are retained. The front looks aggressive and it has road presence. The side profile is similar to the Beat upto the C-pillar. It has a proportionate design and the boot is well integrated into it. The Chevrolet Essentia looks quite muscular and hence young. The elegant ten-spoke alloy wheels look classy. The styling is modern and futuristic in some ways. The rear also looks stylish and gels well with the front and side styling. 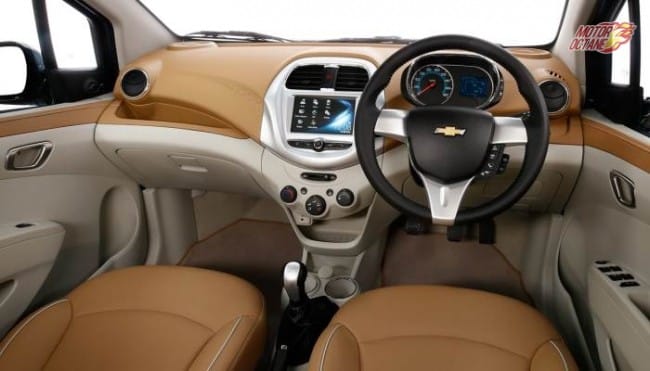 The interiors of the Chevrolet Essentia are trendy too. They are identical to the Beat, though, except for the colour theme. We are not sure if the production car will retain this bright theme. It may get a more subtle shade.The two tone dashboard has a blue backlit instrument cluster which includes a digital speedometer and tachometer. The three spoke steering wheel is borrowed from the Beat and the prototype car did not feature steering controls on it. Maybe GM would add that a later stage. Interiors feel plush. The styling is good and it does feel better than the outgoing Beat. On the inside, the sedan is likely to have

The cabin space is decent and it will allow four persons to be seated comfortably. There is more than sufficient space at the rear too. The boot space is good enough, we do not have the exact size as the company hasn’t announced the dimensions. 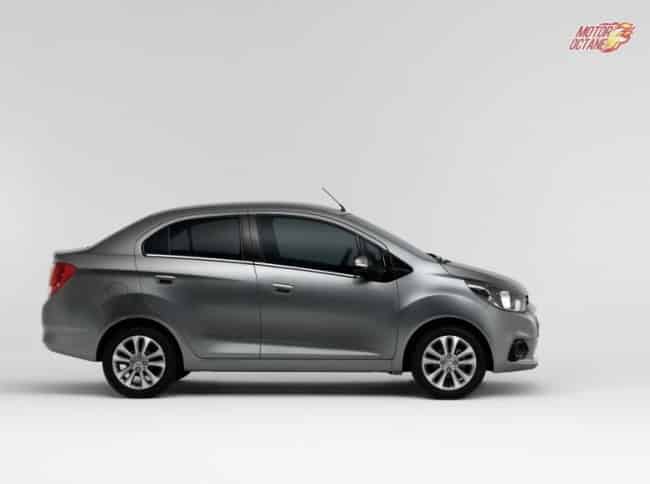 General Motors has said that the production version of the Essentia will come equipped with the Chevrolet MyLink2, a touchscreen infotainment system that includes Apple CarPlay and Android Auto. Safety features like dual airbags, ABS and a reverse camera will also be featured. The car will feature a manual AC. The Essentia will have useful features that will appeal to buyers in that segment. It is important that the company offers a host of features, for it to differentiate itself from the established competition.

The Chevrolet Essentia will be powered by a 1.2-litre STEC II petrol motor with 77bhp of power and 107Nm of torque. The diesel engine will be a 1.0 litre three-cylinder XSDE unit developing 56bhp of power along with 142.5Nm torque. A five-speed manual gearbox does duty in both engines. There may also be an AMT in the making, though GM has officially not confirmed it. The only confirmation we have is the 1.0-litre diesel engine being offered on this compact sedan. 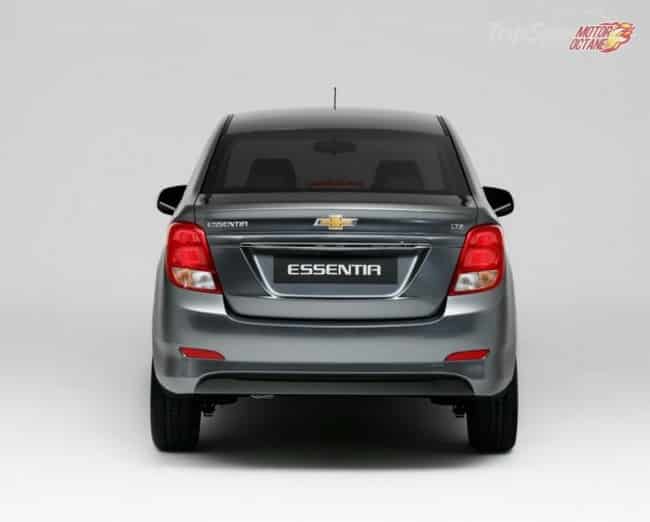 The Chevrolet Essentia compact sedan will compete against the Tata Kite 5, Maruti Swift Dzire, Ford Figo Aspire, Honda Amaze and Hyundai Xcent. The Chevrolet Essentia is expected to be priced around INR 5 lakhs (on-road) for the petrol base variant and the diesel will cost close to 6 lakhs (on-road) for the base variant.General Motors will try and price the car very competitively. The Chevrolet Essentia will be competing with Hyundai XCent, Tata Kite 5 sedan, Honda Amaze and the Maruti Suzuki Swift DZire. More new vehicles will be entering this race. Renault is also working on an all new compact sedan as well. 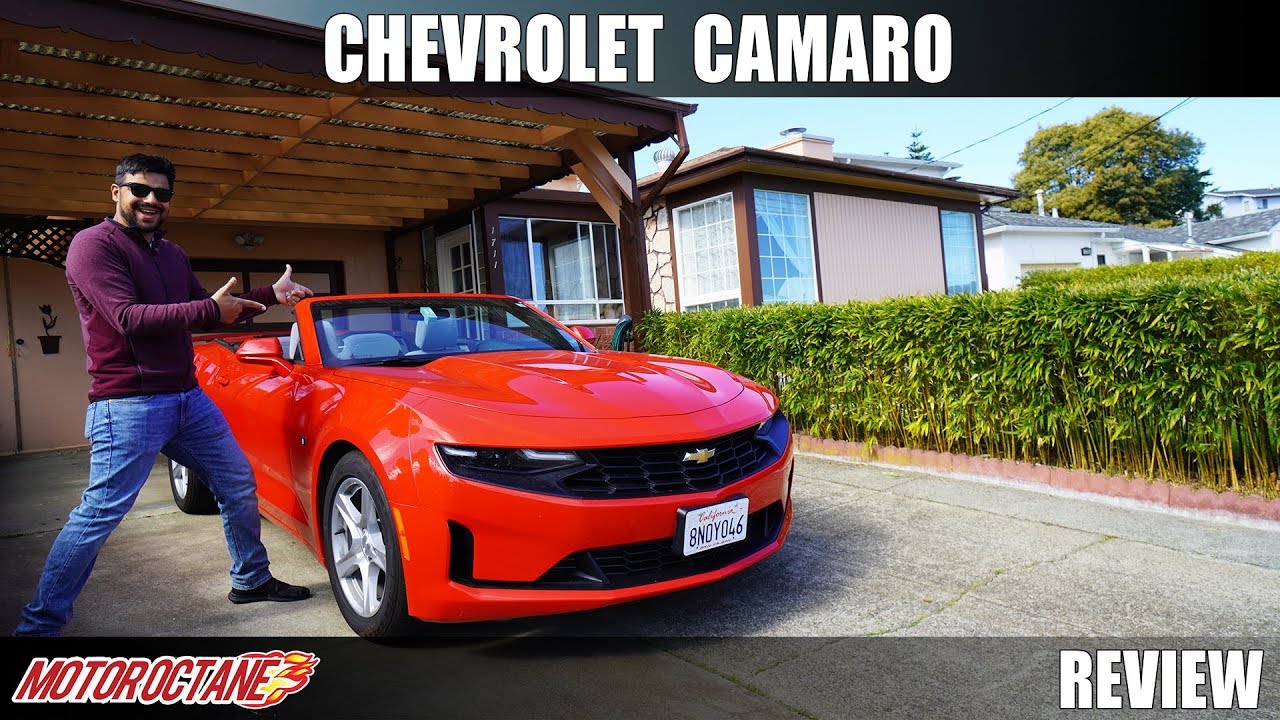