Honda has launched the New Amaze compact sedan. This compact sedan gets new interiors and some tweaks on the exterior. It is a minor facelift, but gives the Amaze a new lease of life.  So, what does the Amaze have to offer? Does it get more features? New engines or new transmission? We share our detailed review on the New Honda Amaze .

The new Honda Amaze prices start at INR 5.85 lakhs (on-road) for the base model and the top of the line diesel variant is priced at INR 8.9 lakhs. There are multiple variants in both petrol and diesel. Petrol has two extra variants as there is automatic transmission too on the offering.

The New Amaze is not a major facelift. The front grille gets a thick chrome slat. gets  The headlamps are also new, which are borrowed from the Mobilio. A new bumper also finds its way here. It remains the same from the side though. The only differentiation is the new set of alloy wheels and some tweaks to the ORVMs. The rear of the Honda Amaze now looks a lot more smart with the new chrome strip running across between the new tail lamps. The rear bumper is also new. The antenna of the Honda Amaze facelift has been changed too and it is the new magnetic one. The tyre size on the Amaze facelift remains the same with 14-inch tyres (175/65/R14) and for the top variants it is 185/60/R15, with alloy wheels.

The Honda Amaze gets a major change on the inside. It gets an all new glossy black dashboard with centre console resembling the Honda City. This new dashboard gives the car a premium feel. Now, there is a new in-dash music system layout and even climate control too. A new instrument cluster too has been added to the Amaze., however the same steering wheel is retained. The new Amaze facelift comes with a similar set of features like integrated music system with bluetooth, steering mounted audio controls, dual airbags, ABS, climate control AC being some of them. The New Honda Amaze has a 1.2-litre petrol engine and a 1.5-litre diesel engine option. The Honda Amaze petrol will produce about 87bhp and 110Nm of peak torque, while the diesel will be producing 98bhp and 200Nm of maximum torque. Both these engines will come mated to a five-speed manual transmission and the petrol will also come with a CVT  as well. This is about 18% lighter in weight when compared to the other automatics. The CVT is more fuel-efficient too. The New Amaze petrol and diesel have good drivability and this will be retained on the facelift too. The mechanicals remain the same and hence, it will have the same driving capabilities. If you need performance, then it is the diesel version of the Amaze. The petrol has good performance but the diesel is certainly powerful. The Honda Amaze now comes in Bluish Titanium, Golden Brown Metallic, Carmellan Red Pearl, Alabaster Silver Metallic, Urban Titanium Metallic, Orchid White Pearl and Taffeta White. There are some new colours in this list. The white and silver will be the highest sold ones in most of the markets. 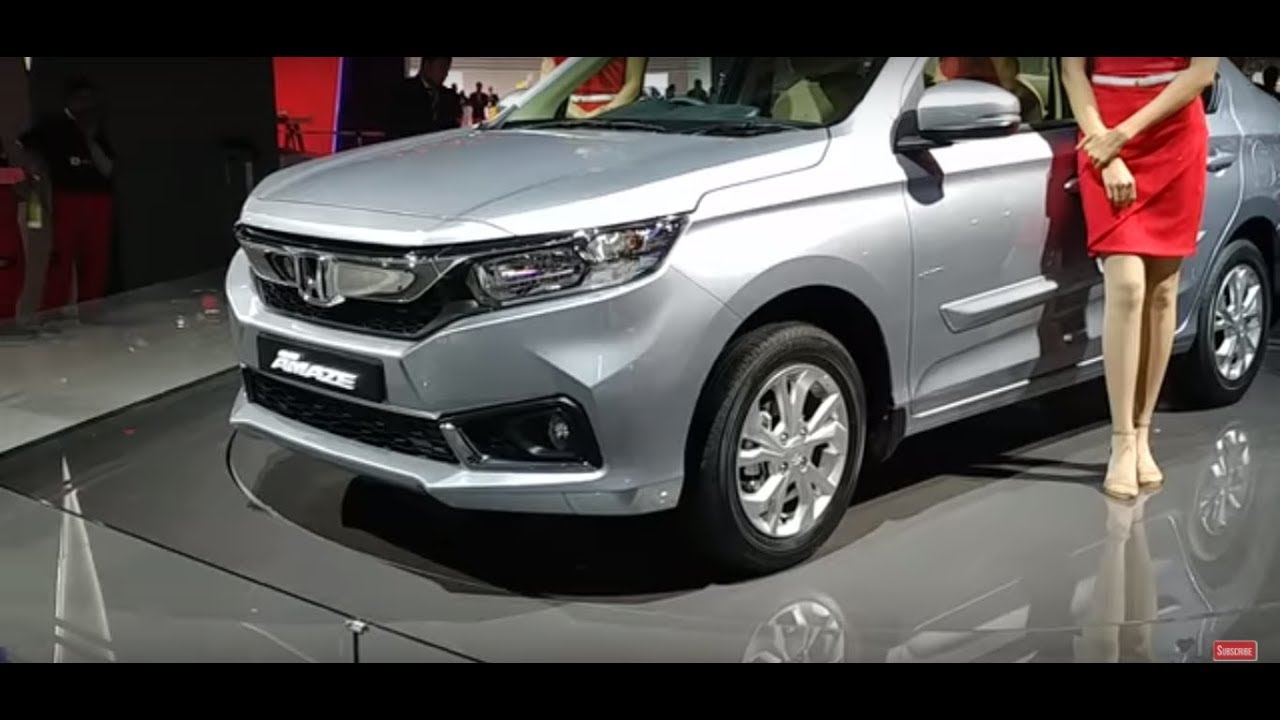