Details of an import document has leaked online sparking speculation that Mercedes Benz India has imported the new facelifted GLS to india for homologation process.

Prior to be called the GLS, the GL is assembled in India at their production facility near Pune. The facelifted GLS would also follow the same foot steps and would be manufactured inhouse to keep the price competitive.

Mercedes this time round could introduce the GLS 450 petrol variant which packs a biturbo, 3.0-liter V-6 engine with 362 hp and 500 Nm of torque. In the past Mercedes Benz did not offer a petrol variant in any of its SUV’s as the demand for them was very low, but with the recent ban on diesel engines more than 2.0-litre in some cities most of the auto manufacturers are looking for good petrol alternative to power their cars.

The imported model – GLS 350d – continues to offer the same 3.0-liter V-6 turbodiesel engine from the outgoing GL, which produces 258 hp and 620 Nm of torque. The only significant upgrade is the 9G-TRONIC 9-speed automatic gearbox that is equipped as standard. Also standard is the 4MATIC AWD system and an upgraded air suspension system.

Exterior changes include new headlights with Multibeam LED lighting and DRLs, revised grille, updated taillight graphics and re-profiled bumpers with a new diffuser. However, the overall design of the flagship SUV will continue unchanged.

Inside, updates have been made to the COMAND infotainment system, which comprises of a larger freestanding display navigated via a fingertip-based controller that debuted on the new C Class. Also seen are re-designed buttons, instrument cluster with Media Display and a Nappa leather-wrapped 3-spoke multifunction steering wheel. When launched (expected to launch within the first half of this year), the Mercedes GLS will continue to be assembled at the Pune plant like its predecessor, the GL. 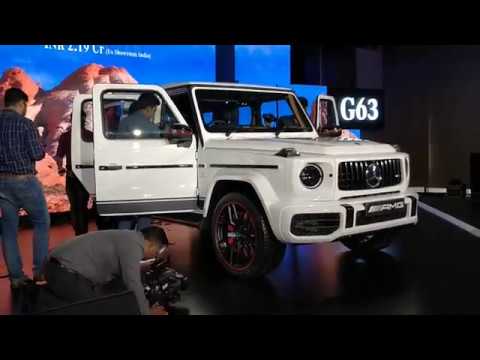