Home News Maruti Baleno to be the next Hot Hatch? 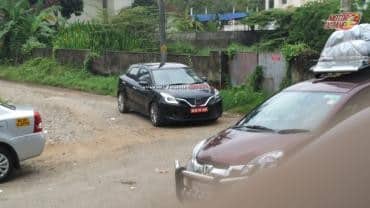 The Maruti Suzuki Baleno is getting ready to enter the hot hatch category, currently dominated by the Fiat-Abarth Punto and the VW Polo GT TSi. The Baleno has been selling well since its launch and Maruti will try to make the most from it’s success.

A Baleno was spotted testing with a new 1.0-litre turbocharged petrol engine, which will be a new variant in its line-up. The engine will be a three-cylinder unit and with a turbocharger is expected to churn out 110bhp of power and 170Nm of torque. This new variant would be launched by mid or late 2016, making it one of the fastest hatchbacks in the country. 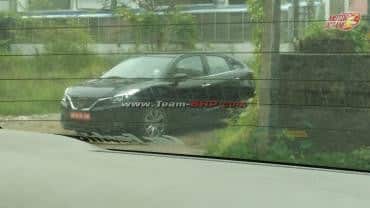 The regular Maruti Baleno comes with 1.2-litre, 4-cylinder engine with 83bhp of power and 115Nm of torque. The turbocharged variant would be slightly heavier than the regular Baleno. Apart from the engine there seem to be no major changes in the car.

The car which was spied seems to be an export model that had additional safety features like all-four disc brakes, tyre pressure monitoring system, side airbags, radar based brake support, etc. The car also had a new set of alloy wheels.