Mercedes-fans.de recently spotted a facefilted GLA with AMG bodykit. This is the second instance of spy shots surfacing online for the GLA. Previously they already spotted the GLA in the regular version.

As we can see from the covered portions, Mercedes Benz only plans to change the headlights and tail lights on the exterior of the vehicle. The headlights will feature LED projectors technology along with redesigned LED DRL’s. The taillights also will be converted to LED and small design changes to them. The rest of the car would be identical to the current model. 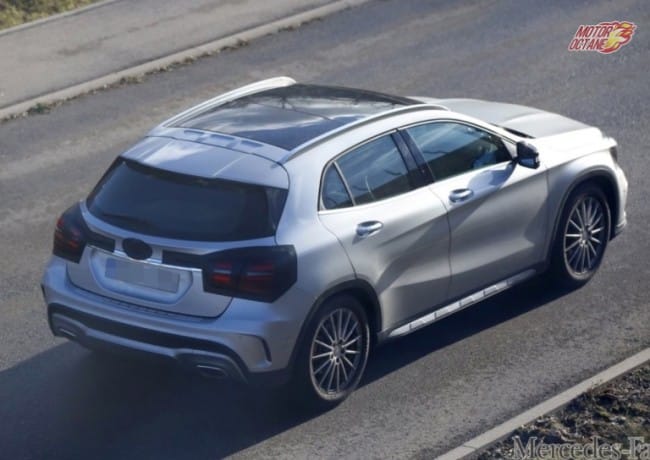 On the inside, changes could be confined to a revised 8” free standing COMAND infotainment system that would have Apple Airplay and Android Auto connectivity, interior colour options, revised dash board trim and new designed buttons on the centre console. The interiors would be similar to the new A Class that was recently launched by them.

The engine options would remain the same in the Indian variant, thought there could be slight changes to the power output. This would be mated to a 7G-DCT dual clutch transmission powering the front wheels. We need to wait and see if this time around, Mercedes Benz would offer a four wheel drive variant that is offered in the international markets.

Reports suggest that it could make its world premiere in the second half of 2016, and launch in markets from 2017. An Indian launch could happen in the same year, where it will be locally assembled at the company’s plant in Chakan, Pune.