Tata Motors have been working on the Tiago NRG facelift for quite some time now. The automaker will be launching the NRG variant on 4th August, 2021. If you prefer a crossover with some SUV-inspired elements, the NRG variant might be the best bet for you. Though Tata Motors did not give away much in its teaser about how the car will look like in its facelift, the automaker said it will be a ‘tough and sporty avatar’ of its popular hatchback. In this article, we are going to talk about the upcoming new Tata Tiago NRG and what we can expect from this hatchback.

The new Tiago NRG is expected to get a sharper grille and headlamp design from the Tiago facelift. It is likely to carry a redesigned bumper along with a new set of 14-inch alloy wheels. Black plastic claddings are likely to be seen on the sides, wheel arches as well as the tailgate. The Tiago NRG is likely to get four colour options, just like its predecessor – Forest Green, Snow White, Fire Red and Cloudy Grey. The Tiago NRG will come equipped with all the features that the hatchback has on offer. We can expect refreshed interiors, 7-inch touchscreen infotainment system with Android Auto and Apple CarPlay connectivity, automatic climate control, ConnectNext app is the most predictable feature. Adding on to the features list, it will get steering-mounted controls, power windows and remote locking, power folding wing mirrors, height adjustable driver’s seat and much more. Safety kit will include dual airbags, ABS, day-night rear-view mirror, rear parking sensors and more. 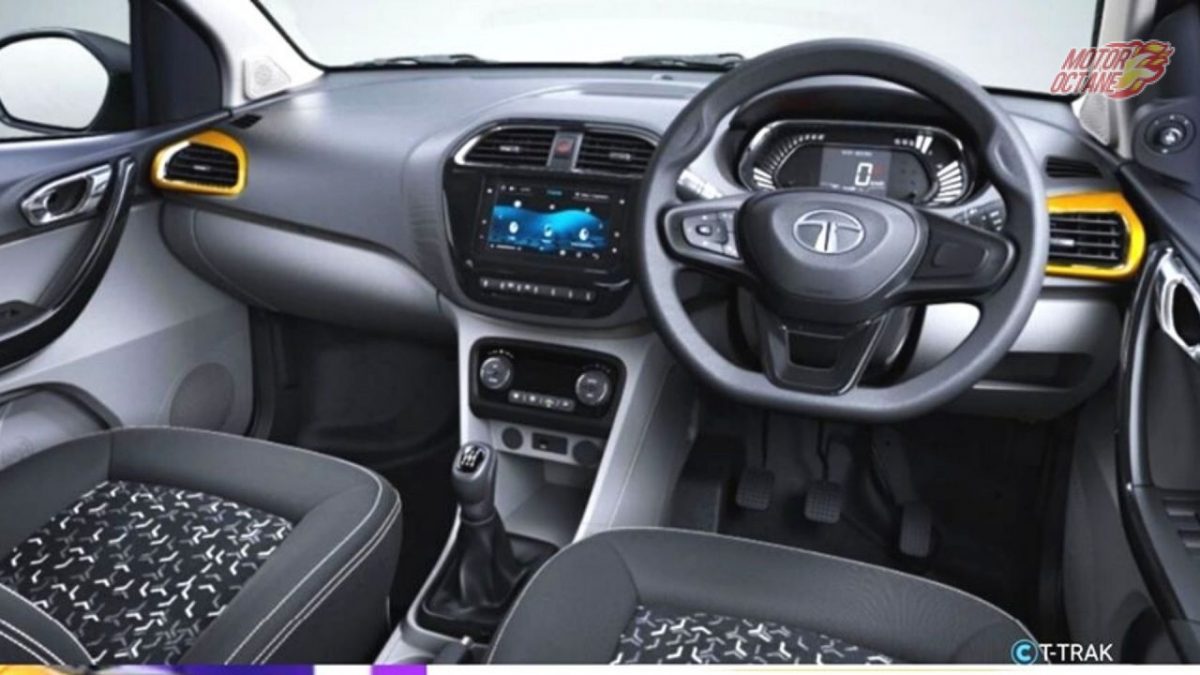 The NRG variant is likely to carry the same motor which is available in the standard Tiago. The 1.2-litre, three-cylinder engine which produces 84bhp and 113Nm of torque. The engine will be paired to a five-speed manual gearbox and the NRG is expected to have an AMT gearbox as an option.

Best cars for family of 5 under Rs 18 lakh

As the Tiago is the safest car in the segment with 4 star Global NCAP rating, the NRG variant is likely to carry the same safety features to that of the current Tiago. The car will be equipped with dual airbags, ABS with EBD, seat-belt warning, Electronic Stability Program (ESP), hill-hold control, brake assist, speed-sensing door lock and child-safety lock.

As the current top varaint Tiago is priced at Rs 8.18 lakh (on-road, Mumbai), we can expect the NRG variant to cost about Rs 20,000 to 30,000 more. Talking about its rivals, the Tiago NRG will face direct competition from raised hatchback crossovers like the Celerio X, Ford FreeStyle and the Honda WRV.