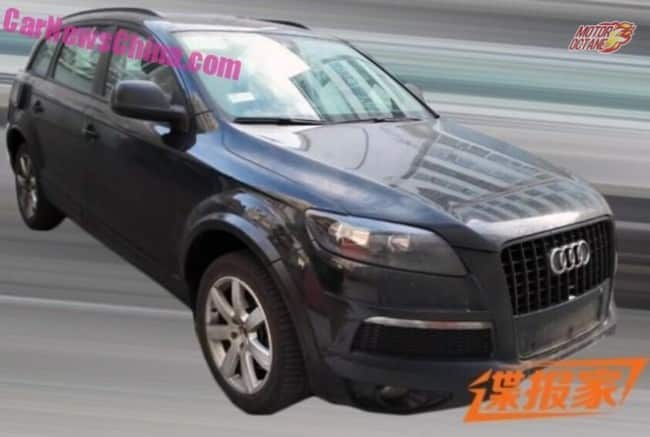 The current troubles notwithstanding, Volkswagen is going full speed ahead on the testing of new-car models. In China, the German car manufacturer has been spotted testing an all-new SUV. This full-size, seven seater SUV is based on the MQB platform and shall come in above the ‘Tiguan’ when launched.

According to sources, this all-new SUV is to be production version of the ‘CrossBlue’ concept that the company had showcased sometime earlier. The concept SUV that was showcased was larger than the existing Touraeg SUV in the company’s lineup, being 4987 mm long, 2015 mm wide and 1733 mm tall.

The spy-pictures that have surfaced reveal that Volkswagen is testing this new-SUV under a Q7 body-shell that’s based on the last generation model and which has been recently replaced. The new-SUV will be offered in both, left hand drive markets like North America as well as right hand drive ones like ours. While precious little is known about the power-train options on offer, it is likely to come with the popular 2.0 litre and 3.0 litre petrol and diesel motors. The company is also likely to offer alternate fuel options including dual-fuel hybrids and plug-in electric motors on the SUV.

With a rumoured production run scheduled to start sometime in 2017, it will be interesting to see other details surface in the run up to then.