Home News 5 upcoming Toyota cars in India – Know them all! Toyota has been slowly updating its portfolio in the country. The brand partnered with Maruti to bring its Glanza and Urban Cruiser earlier. Now, some more news has come regarding their joint operations. Also, Toyota is planning to bring some other cars to the country as well. In this article, we will discuss 5 upcoming Toyota cars in India. Let’s go. As mentioned above, Toyota under its JV with Maruti is coming up with a rebadged version of the Ciaz. Although many people are calling the Toyota Ciaz, the ‘Belta’, however, we will stick to Toyota Ciaz for the time being. The car will replace the Yaris in the brand’s lineup and will become a premium mid-size sedan offering from the brand. The Toyota Ciaz is expected to be similar to the Maruti Ciaz, however, we might see some minor alterations here and there. Along with the Ciaz, the brand is also expected to borrow the Ertiga from Maruti. This car will sit between the Urban Cruiser and the Innova, filling a huge gap that the customers had to face while choosing a Toyota product. Toyota might keep the mid-spec & top-spec Ertiga for its lower variants and use the XL6 for its top of the line variants. The XL6 will further help Toyota in closing the aforementioned gap.

Mitsubishi to make a comeback with new cars? Toyota RAV4 has been sighted multiple times in the country. The vehicle is based on the brand’s TNGA platform that underpins many of its cars in foreign markets. In India, it only underpins the Toyota Camry as of now. The RAV4 which is a petrol or petrol hybrid in global markets is expected to be sold in lines with the Toyota Camry, bumping up the brand’s hybrid vehicle portfolio in India. Toyota Hilux is a product that Toyota could very well launch against the new Isuzu D-Max in the country.  The pickup follows a design language similar to the Fortuner. Even the cabin gives a glimpse of the Fortuner. The pickup is expected to come with 2WD as well as 4WD options. Bringing the Hilux here would force the competition to do something about it and the customers might get to see a sudden bump in the pickup truck trend in India. Toyota has been shying away from the small hatchback segment for quite some time now. The last that we saw coming from Toyota was the Etios Liva. However, the brand does have a product up its sleeve called the Ayga for which it has filed a patent in the country. Toyota could use it to compete against the Maruti Celerio and even the Hyundai Grand i10 NIOS. If Toyota enters the small hatchback segment again, it would surely manage to eat some of the competition away.

This was our information on upcoming Toyota cars in India. Join our new WhatsApp update list by clicking here. For more such content stay subscribed to the Motoroctane Youtube, Google NEWS, Facebook and Twitter. We also have a paid car consultancy service for all your doubts – Know more before one of your largest investment. 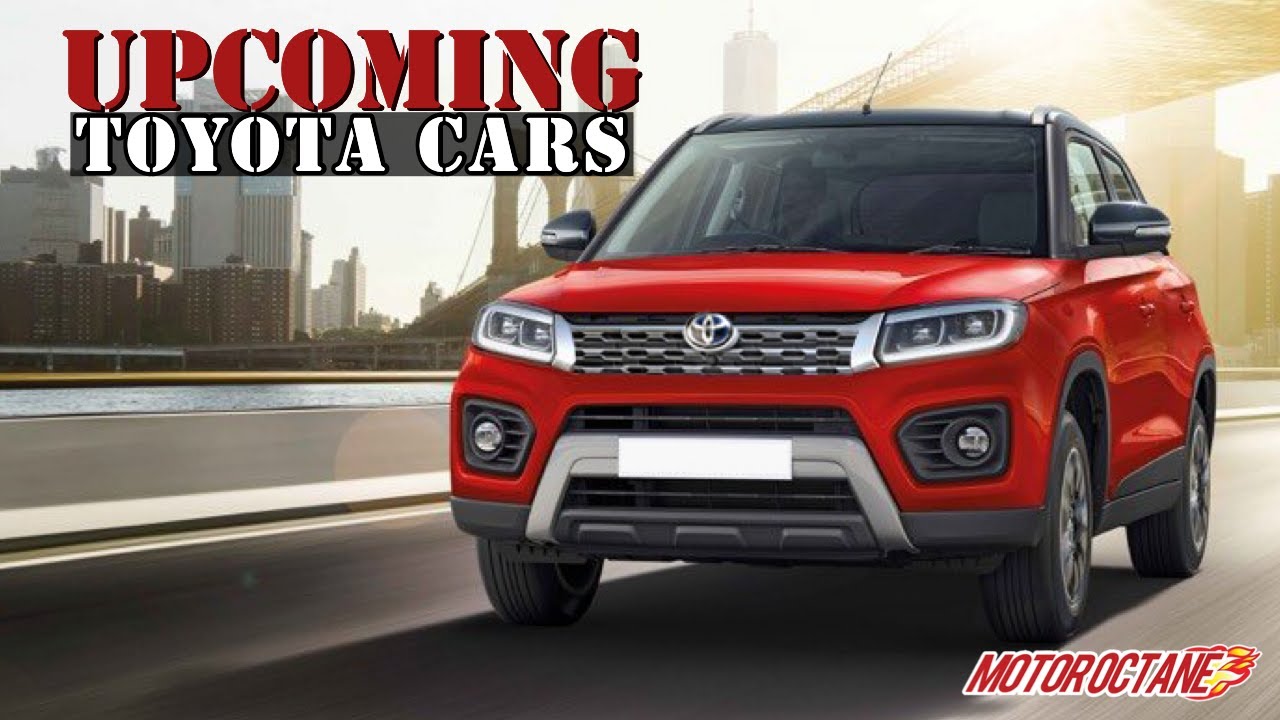