The Indian Army is counted as one of the most powerful armies in the world. So, the automobiles that they use should also match their strength and toughness. In this article, we will discuss the 5 4X4 cars in the Indian Army. Let’s go. The Safari Storme was built like a rock and was capable to conquer any terrain that was thrown under it. This was the reason why the Indian Army chose this car. The regular car that an average buyer could buy produced a maximum of 154bhp and 400Nm of torque powered by a 2.2-litre Varicor400 diesel engine. However, the requirements of the Army are different from regular road conditions, so, the necessary additions and alterations were done to the machine, and the Army-specific Tata Safari Storme GS 800 was born. The car was made to produce 70% more power and 200% more torque than the regular one, making it the most powerful Safari Storme ever made. Maruti Gypsy has to be the single most iconic 4X4 cars ever to be used by the Army. The Gypsy was built to last. Also, the car could conquer any sort of terrain and that too with confidence. It came powered by a 1.3-litre petrol engine that could produce 80bhp and 103Nm of torque. The car oozed with toughness that went hand in hand with the Army’s persona. The Gypsy, however, was discontinued and was replaced by the Tata Safari Storme GS 800. Toyota Fortuner has been a car that has been here on the Indian roads for quite some time now. The car needs no introduction. The 4X4 Fortuner comes powered by a 2.8-litre diesel engine capable of producing 175bhp and 420Nm of torque when mated to a manual gearbox. The same engine produces 450Nm of torque with an automatic transmission. The sturdiness of the car attracted the Indian army as well which has to deal with tough terrain all the time. 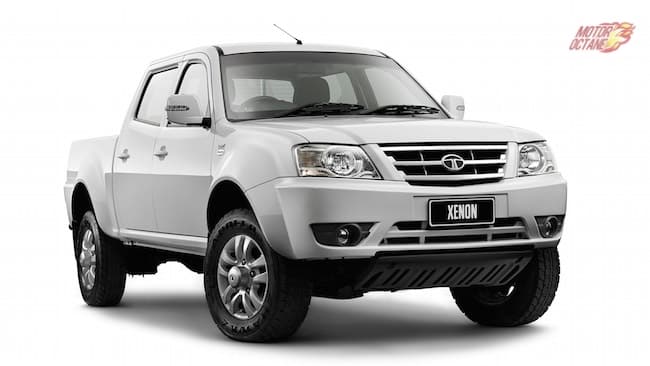 Tata Xenon is another 4X4 car used by the Indian Army ordered alongside the Safari Storme. The Xenon is a pickup that is basically used for the transportation of troops. The car comes powered by a 2.2-litre Dicor engine that can produce 140bhp and 320Nm of torque. It has been discontinued for civilian use.

This was our information on 4X4 cars in Indian Army. Join our new WhatsApp update list by clicking here. For more such content stay subscribed to the Motoroctane Youtube, Google NEWS, Facebook and Twitter. We also have a paid car consultancy service for all your doubts – Know more before one of your largest investment.