The Hyundai Alcazar global debut is today. The much anticipated car is soon going to be seen for the very first time. But before that lets to do a quick recap of what we know about the Alcazar and then move on to confirmed details that have emerged. Firstly, we know that this is a seven seater or six seater that will sit above the Hyundai Creta and below the Tucson in the India line-up. The meaning of Alcazar is – ‘Castle’ in Spanish. The is also based on the Creta and will share parts/features with it. It is going to compete with the Tata Safari, MG Hector Plus and the upcoming Mahindra XUV500.

The engine options will include a 1.5-litre – diesel engine and a 2.0-litre petrol motor. Hyundai has said that both engines will get six-speed manual and six-speed automatic gearbox options. The 2.0-litre engine does duty also on the Hyundai Tucson and Elantra in India. Driving modes will be part of the experience with city, eco and sport. The Alcazar will share a lot of elements, especially at the front with the Creta but will have key differentiating factors. The car will sit on 18-inch tyres. It’s wheelbase will be longer than the Creta, Tata Safari and the MG Hector Plus at 2760mm. It will be built with 75.66 percent high strength steel.

Check below picture for more details. 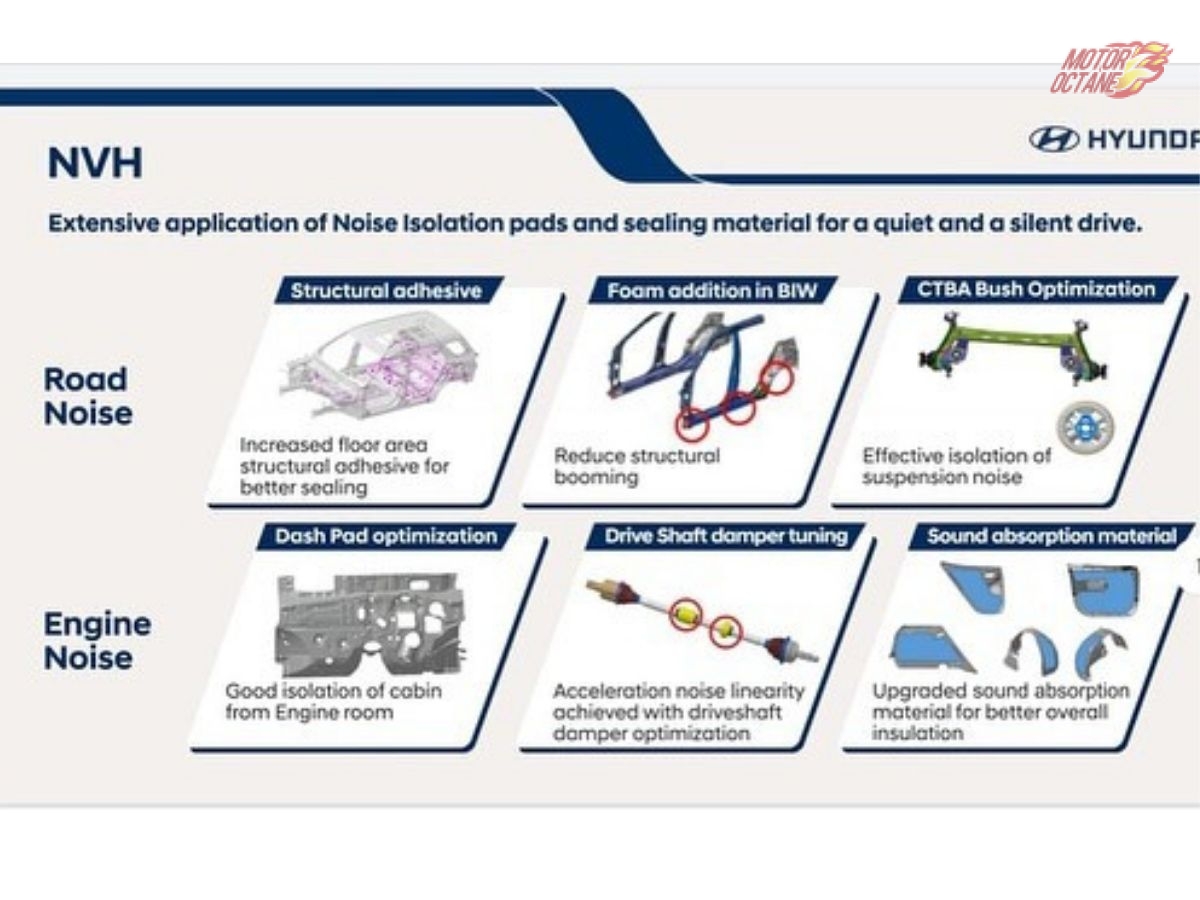 Other than that more information about interior comfort has come – in these pictures below we can see how convenient Hyundai has made the second and third row ingress egress. We will have too wait and see the actual car to pass a final verdict though. But a lot of first in segment additions can be seen here. The second row with captain seats comes with a armrest console for storage, charging and cupholders. Overall we can say that the Hyundai Alcazar is going to be feature loaded with so many functions that it will make the segment sit up and take notice when launched. Right now we have to wait for its reveal and first look which will show us the car in detail. For more on this car coming soon is our walkaround and first drive. So join our new WhatsApp update list by clicking here. For more such content stay subscribed to the Motoroctane Youtube, Google NEWS, Facebook and Twitter. We also have a paid car consultancy service for all your doubts – Know more before one of your largest investment.