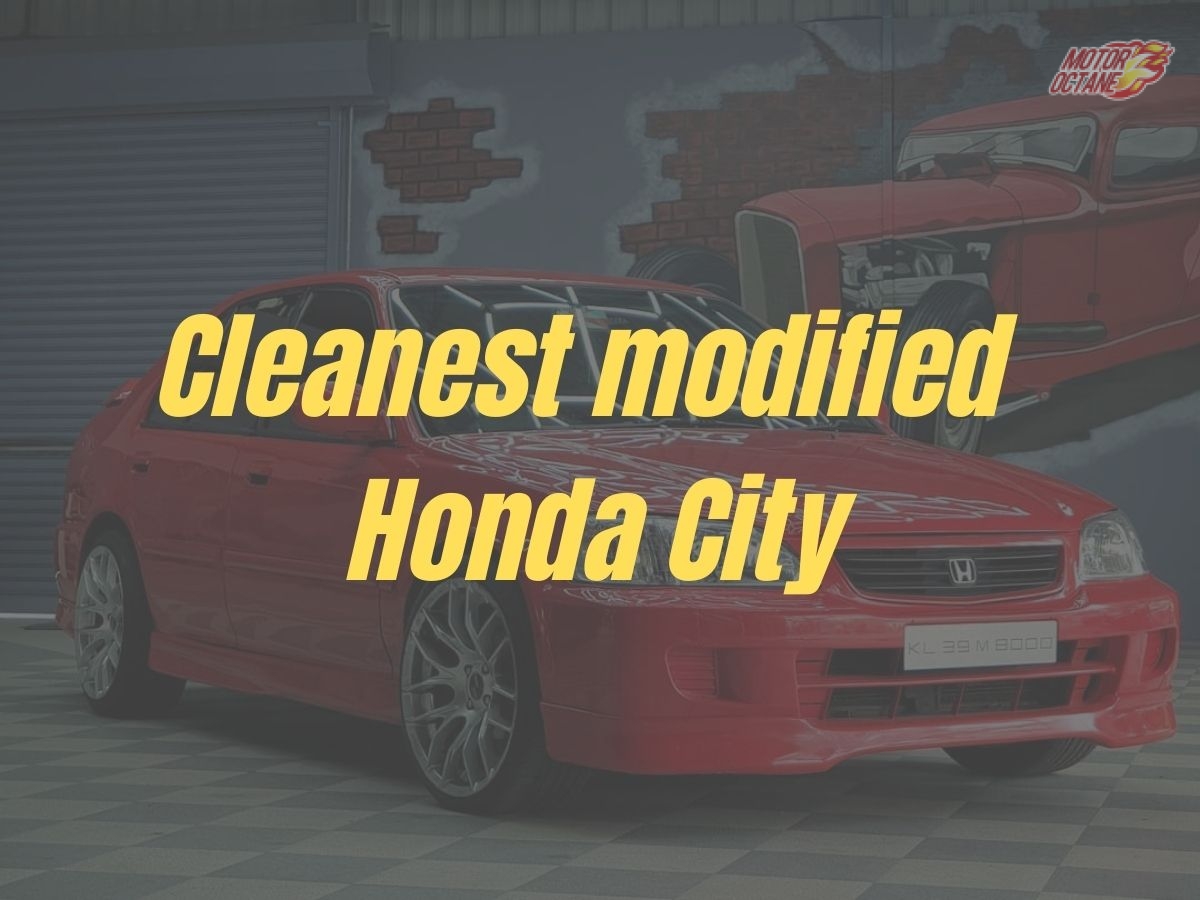 The 5th-gen Honda City was launched last year. With the latest iteration, the City became more premium and comfort-oriented. The new one comes loaded with features that make riding in the city comfortable. However, if we look at the past, Honda City wasn’t a car that was made to impress everyone. The Honda City Type 2, for instance, was a performance machine that could put a big smile on the face of the driver in control of the car. It is not common to see a Honda City modification, and that too very simple yet effective. In this article, we will discuss one such modification that has been done to a Type 2 by Mr Ashik Johnson from Kerala. Let’s go.

Cars with 6 airbags under Rs 15 Lakh

What modifications have been done? The overall modification has been kept very simple. The car looks terrific in the custom red paint job. No extra showy elements have been added to the car. Also, the car gets a custom body kit that helps in keeping the design close to the original. Side skirts have been added. The bumpers have been kept almost the same as well. Coming to the wheel setup, this Honda City now sports 17-inch GTR rims coupled with Nankang tyres. The tyres have a 205/40/17 profile. For the core modifications, the car now gets a new exhaust system from Zero Force that helps it in improving the performance of the car along with the exhaust note. Custom lowering springs have also been installed on the car making the car sit a little low. With the reduced height, the vehicle will now be able to deliver better handling, along with looking sporty.

How to increase Fuel Economy?

What did the original Honda City Type 2 sport? The car was a beast when it first arrived in the country. However, the City got much better when the VTEC engine was added to it. The car sported a 1.5-litre VTEC engine that was capable of making 106bhp and 132Nm of torque. The car could a 0-100kmph in no time since it only weighed close to 950kgs. Also, it was great to handle, ultimately increasing the fun-to-drive element by multiple folds. The car was not only great to drive but also looked the part. The spoiler and the exhaust gave it the sporty look needed for a performance machine.