Home News 5 used 4X4s that you can buy 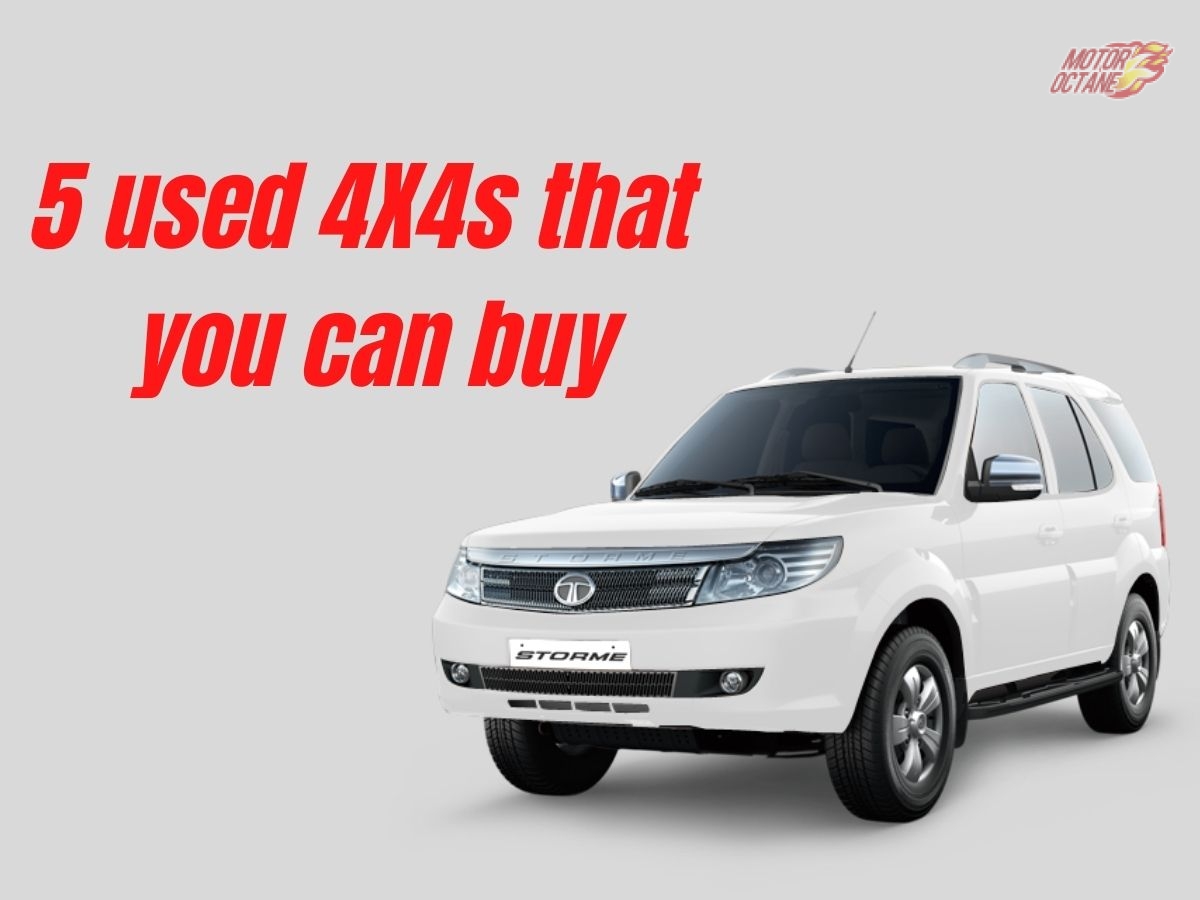 Indian customers have seen many proper off-roaders come to market and rule the Indian streets for a long time. However, with passing time, they have either been discontinued or have been replaced by their modern cousins that are loaded with electronics to assist the drivers. These features do help the driver, but still, there are people who like it raw when it comes to driving an off-roader. In this article, we will discuss 5 used 4X4 that you can still buy. Mitsubishi Motors had made a name for itself with its Pajero Sport. This 4X4 beast came powered by a 2.5-litre 4-cylinder diesel engine that produced 176bhp and 400Nm of torque. The engine came mated with a 5-speed manual as well as a 5-speed automatic gearbox. The car in the used car market starts at around Rs 8.5 Lakhs.

How to increase Fuel Economy? It is next to impossible to steal the charm of a Toyota Fortuner. The car has been a favourite for most 4X4 enthusiasts. Also, it is one of the highest resale fetching cars available in the market. The 4X4 Fortuner comes powered by a 2.8-litre diesel engine capable of producing 175bhp and 420Nm of torque when mated to a manual gearbox. The same engine produces 450Nm of torque with an automatic transmission. The car in the used car market starts at around Rs 22 Lakhs. Mahindra Thar is also one of the products that have grown strong year-after-year, generation-after-generation. The Thar, although, now has gotten very modern from the inside as well as the outside, the previous Thar was also a beast in itself. The car came powered by a 2.5-litre diesel engine that was capable of producing 105bhp and 247Nm of torque. The car in the used car market starts at around Rs 8.5 Lakhs.