The Tata Sierra, a product with a not-so-typical design took the market by storm when it was first launched in 1991. Although the Sierra could only enjoy a decade’s run, the futuristic design made the Sierra stay with the car enthusiasts even after its departure from the market. Tata Motors, in the Auto Expo 2020, resurrected this iconic product with very modern touches, giving car enthusiasts a reason to be excited. With Tata putting in many modern elements in the concept, we, in this article will try to establish what features we expect to see on the new Sierra’s final production model. The wrap-around glass on the Tata Sierra clearly differentiated it from other products. If Tata actually plans to bring the Sierra to the market, we are confident that the wrap-around glass will stay on the new product as well. Tata would retain the original design language, which was the main reason behind this product’s success. The Tata Sierra’s concept showed a sliding door for entering the middle chamber of the car. With Sierra being an iconic trend-changing product, we expect Tata to bring something to remember again with the new Sierra. We are expecting the Sierra to come with a tap-to-unlock feature for the sliding door which will give it a futuristic look. Also, flushed door handles are expected for the 1st-row doors on the new Sierra. The new Tata Sierra is expected to get a 360-degree camera as well. With the concept showing cameras replacing outside rear-view mirrors, we expect Tata to at least bring cameras for parking if not for rear-viewing in the final product. With Tata Motors following Impact 2.0-design in all its modern products, we expect the Sierra to sport a headlight setup very similar to the Harrier and the new Safari. The Harrier-inspired front was also on display with the Sierra concept. Split headlamps with the main unit taking the lower position and DRLs taking the higher spot are expected in the final production car.

New Skoda Kushaq – All You Need to Know! The original Tata Sierra sported a 3-door design, due to which passengers who wished to get in the 2nd-row had to enter from the 1st-row. However, in the concept shown in the Auto Expo, we saw a sliding door placed for the entry of 2nd-row occupants. With this design on display, we expect Tata to bring the new Sierra as a 6-seater and a 7-seater as well. Moreover, we also expect the Sierra to get captain seats in the 6-seater variant. 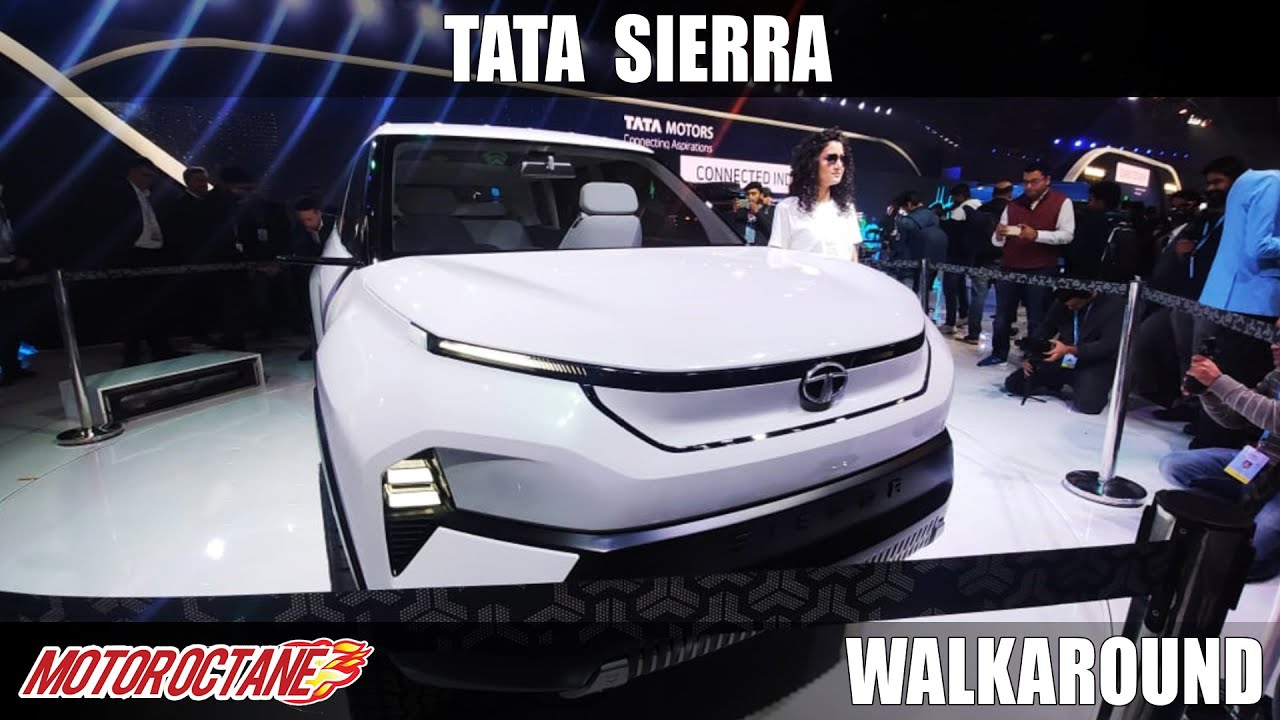