Tata Safari 400 has been spotted by a Team-BHP reader, and this is the same Safari that we had spotted about a year ago, the only difference between this and that are the interiors. The Safari 400 is powered by a 2.2-litre VariCOR that churns about 155-160bhp of power, 400Nm of torque and comes with a six-speed manual transmission.

The Safari 400 will get the same interiors like the existing Safari Storme and there will even be a new more premium version and in the near future there shall also be an automatic version on the Safari 400. The six-speed ZF transmission has been tuned and tested for this Safari engine with this horsepower and this is where it shall be utilised too. Tata Motors is a bit late on the Safari automatic but we hope it comes out soon as the demand for automatics in the SUV segment is on the rise. Tata won’t make any major upgrades to the Safari when it comes to the exterior styling. So for those expecting an updated look will have to hang on for a bit longer. 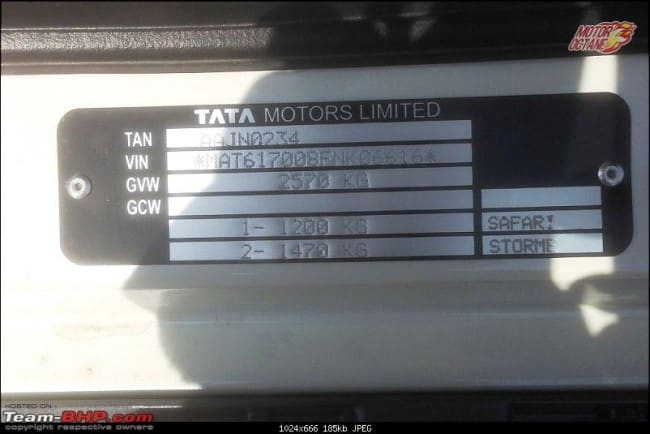