Toyota in India has no car which bridges the gap between its Yaris and its very successful Innova Crysta. And this gap is huge. Competitors give heavy competition to each other mainly in this price bracket. Hyundai with its Creta, Kia with its Seltos, Tata with its Harrier and multiple other brands compete here. In this article, we will discuss an expected Toyota Rs 10 Lakh SUV which could take part in this race of SUVs. Toyota, a couple of years ago started producing its vehicles on the TNGA (Toyota New Global Architecture) platform. With this platform, Toyota could accommodate vehicles of all sizes as well as different types of configurations like all-wheel drive, rear-wheel drive and front-drive on this platform. But this platform has not been brought to India till date.

So, we expect the SUV to be based on the TNGA platform. If Toyota finally decides to bring the TNGA platform for India, it could help Toyota revive some iconic nameplates like the Corolla, Etios and Etios Liva which Toyota did not update with the BS6 emission norms. Along with these, Toyota could also bring products which Toyota has limited to international markets until now.

5 Reasons to consider the Hyundai i20 Turbo

Bringing this platform might also benefit Maruti Suzuki, which currently shares two of its product with the Toyota brand, viz. the Glanza and the Urban Cruiser. This partnership could be fruitful for both brands. The Hyundai Creta has been the C-segment winner for a very long time. Toyota on the other hand does not have any product to rival it. Toyota could use this bracket to make history with what it did with the Innova. Seeing a Japanese manufacturer, which boasts of great service network and reliability, cunning for the top positions in C-segment league, might push Hyundai to think something new. The SUV is expected to be based on the design language of RAV4 which sits on the TNGA platform. The car might come with connected car tech, which is only offered on its Fortuner as of now. The car might also come with a 360-degree parking camera and front parking sensors. On the safety front, 6 airbags as well ESP might be on offer.

Although the RAV4 in international markets gets a 2.5-litre 4-cylinder engine which produces 203bhp, we do not expect to see that in India. What we might see on the product could be Maruti’s 1.5-litre K15B smart hybrid petrol engine as well as diesel engine from Maruti as well.

If Toyota brings an SUV under Rs 10 Lakh, it would derail the competition from their lines of continuous lead in sales charts. 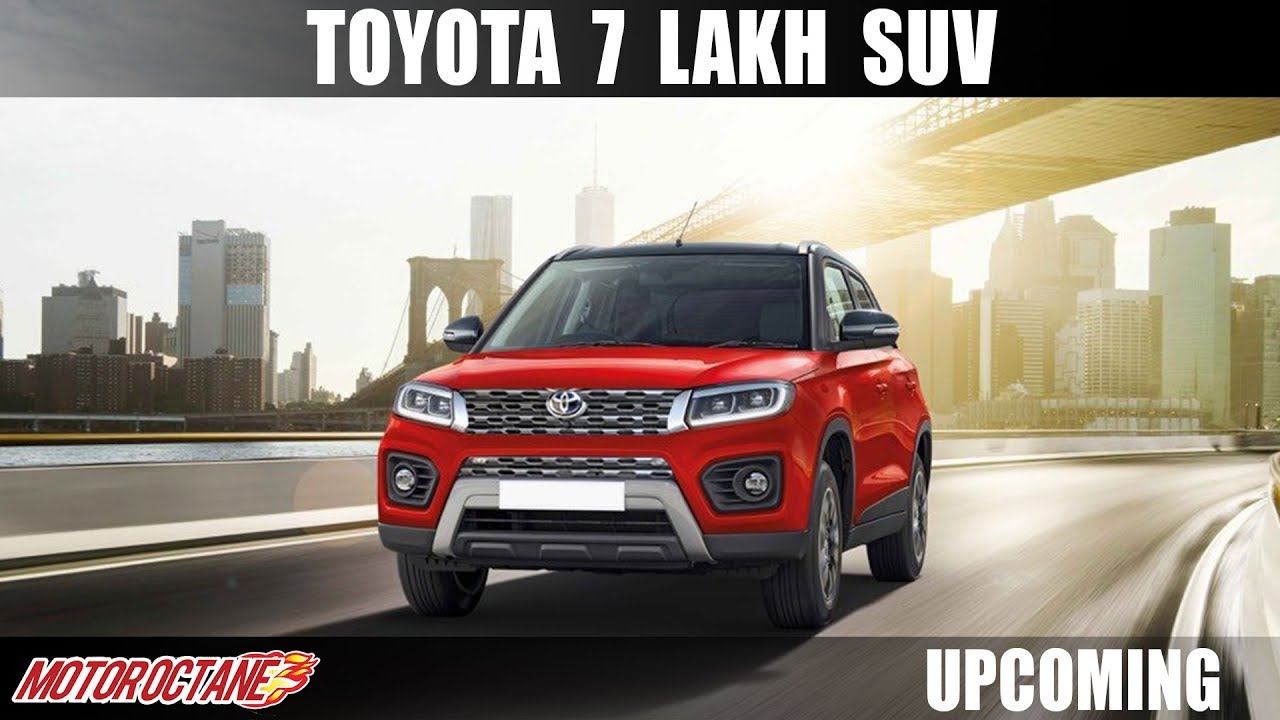