Home News What to expect on Maruti Jimny interiors? The chances of the Maruti Jimny to launch in India for 2021 are very high. Maruti has started with the production of the vehicle in India and exports have already begun. Also, it had been showcased at the Auto Expo 2020. The Jimny Sierra has been spotted testing a few time there has been no official confirmation of the vehicle’s launch in India. So if the Jimny launches in India in 2021 then what could see inside the car. Here is our list of things that you might get to see inside the Maruti Jimny Interiors. We had a glance at the euro spec Jimny at the Geneva Motorshow. At the Auto Expo 2020, this car had a slight change in terms of the driver’s side. Apart from that, we do not expect any more changes to the vehicle. We might see the Maruti Jimny launching through Nexa as there is no other SUV which is sold through Nexa dealerships. This might lead to a Nexa specific blue colour on the Maruti Jimny Sierra which is the name that we have been seeing on some of the test mules The Maruti Jimny has a boxy design. Looking at the overall interiors of the vehicle we noticed that most of the shapes are easy to define. There are a lot of elements which can be easily recognised as Maruti interiors. Take a look at each of them as we go through them one by one. The steering seems like Maruti Swift Steering wheels. It gets infotainment control on one side and cruise control on another side. The Maruti Signature 3 buttons are also placed at the left of the steering for easy access. Moving further you also see the boxy design take its place in the from of the instrument cluster. As you can see the Instrument cluster of the vehicle is boxy with analogue dials in it. Maruti is expected to give analogue dials under the name of the car being rugged but this will also help them keep costs low. There is an expectation of a small driver infotainment system as seen on other Maruti car.

As it is a petrol car we can see a redline of about 6000rpm on the Jimny. More about centre console and 4×4 ahead. The infotainment system of the Upcoming Maruti Jimny will be same Smart play System as offered on other Maruti cars. It will have an improved connected cars tech which we are expecting Maruti to launch soon. Also, the layout of the infotainment gives it a floating look.

Centre console of the Maruti Jimny will have buttons for traction, auto window up-down switch, hill descent, and window lock. Below it there is a USB port and 12-volt charging socket. We are also expecting Maruti to offer USB 2.1 A for the new and Updated Jimny in India.

The variant that we say at Geneva was an Automatic and for India, we might see the same unit as one on the Maruti Brezza. Apart from that there will also be a 4×4 gear lever which will low to change the gear ration from 4×4 to 4×2 and 4×4 low. As seen in the images these gearboxes are placed one after each other. Behind these are 2 cup holders. For the euro-spec, there is an option of heated seats but for India, we might not see them on the Maruti Jimny. Even the option of ventilated seats might not be offered. Overall if we take a closer look at the Maruti Jimny Interiors we notice that a lot of things can remain the same on this vehicle. We will have the India spec version of the Jimny revealed soon. To get updates about that and many other stories join our WhatsApp Alert list by sending a Hi @ 7738660455. For more such content stay subscribed to the Motoroctane Youtube, Google NEWS, Facebook and Twitter. We also have a car consultancy service and also help you get insurance. 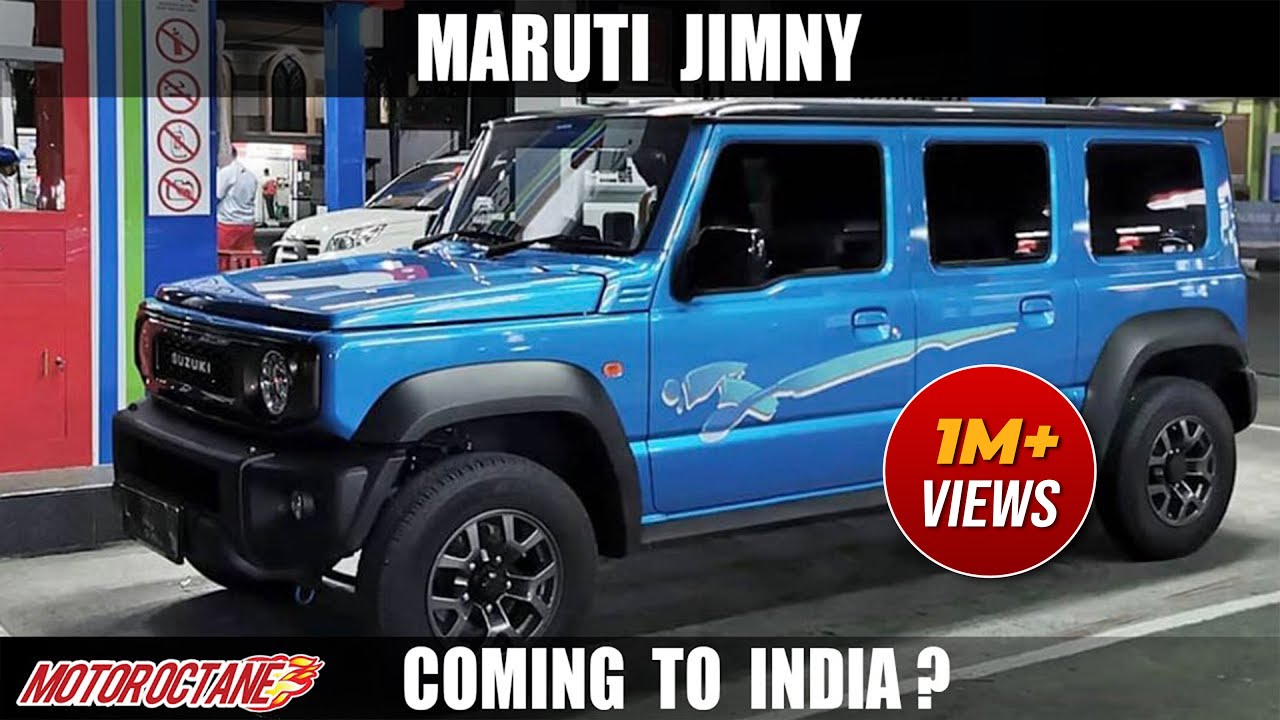