KTM will be building a twin cylinder offering between the 390 and the 790 in India. We expect this to be the Upcoming KTM 490. In this article we will let you know why this bike is important for current KTM owners and how the company expects to profit from the mid range offering. KTM 490 will be a parallel twin engine inspired from the 790 engine. It will have the same 270 degree crank which will give it a good low end and a numbly V-twin like feel. This Upcoming KTM 490 will act like a bike which will be an upgrade for the 390 users. As of now there is nothing in the mild upgrade space for the 390 users. They either have to go for a 600cc bike of the bigger 1000cc bikes. The mid-segment bikes in India are not that exciting and there no big players offering their Indian manufactured vehicle in India. This increases the price and pushes the buyer to go for the 1000cc which is manufactured here. KTM is expected to bring the the new RC design in the market. Although it has not received a positive feedback from the people offering it on the only new exclusive engine will make it like a no option buy. Also the engine is expected to be slightly more powerful and aggressive than other 500cc bikes. Other than that a Duke as well as Adventure motorcycle is also expected with the 490 Engine. The main reason why we are awaited for this KTM 490 will be the price. As the engine will be manufactured here it will be a cost effective manufacture for KTM. 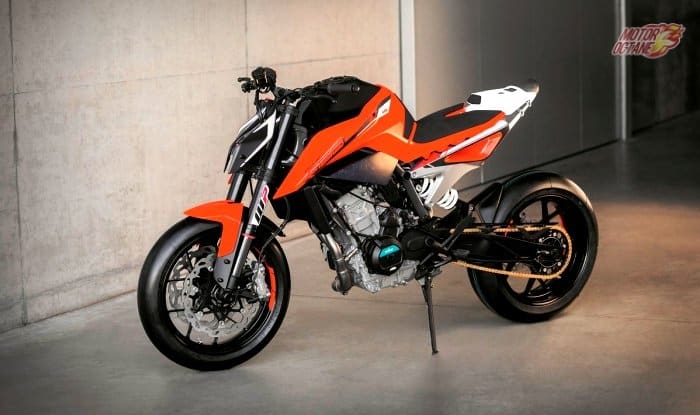 The 490 Engines will be offered on a 3 lakh plus mark but they wont be as expensive as the other 500cc bikes that are brought as CBU or CKD units.

The Upcoming KTM 490 engine is expected to make 60 bhp of power. This will be a grunty engine with low end torque curve. This is a speculation depending upon the layout of engine. The final product will be different depending upon how KTM tunes it. Also the Upcoming KTM 490 will have better quality of parts and touch points. These will lead to an overall improvement in the quality expectation from KTM. What we are interested is the maintenance and parts price. Also the Upcoming KTM 490 engine might also lead to a development of a parallel twin engine from Bajaj. Join our WhatsApp Alert list by sending a Hi @ 7738660455. For more such content stay subscribed to the Motoroctane Youtube, Google NEWS, Facebook and Twitter. We also have a car consultancy service and also help you get insurance.