2020 Tata Harrier CAMO special edition is finally launched at Rs 16.50 lakhs (ex-showroom, delhi). In this article lets take a look at what this new special edition Harrier offers to keep it fresh for the festive period. The 2020 Tata Harrier Camo gets an all-new green paint scheme. This green is a slightly darker green than the green on the military spec Harrier. The wheels are R17 black stone alloy wheels. The camo badge further makes the visual experience of the car butch. The dashboard of the special edition of Harrier gets Blackstone Matrix Dashboard, premium Benecke- Kaliko Blackstone leather seats with contrast CAMO green stitch and interiors in gunmetal grey. The interiors of the car also get a number of accessories like 3D mats for the floor well, sunshades, rear seat organisers and 3D trunk mats. The dashboard also gets anti-skid mats.

There are 2 accessory packs – CAMO Stealth and CAMO Stealth+. The prices start at an additional price of ₹26,999. The packs are available on XT, XT+, XZ, XZ+, XZA and XZA+. Tata also tells that the CAMO will be available on the in the manual transmission from XT variant onwards on the Harrier, and in the automatic transmission from XZ variant onwards. Ther reason for a CAMO edtion is to pay home to the roads less taken and salutes the resilience of the country’s armed forces. “The Harrier, in its CAMO avatar, pays homage to the ultimate inspiration of this SUV – the Great Indian Outdoors, and the spirt and grit of the armed forces who spend a majority of their time in these outdoor locations, keeping our borders safe and secure,” said Vivek Srivatsa, Head, Marketing, Passenger Vehicles Business Unit, Tata Motors. “We are confident our customers will appreciate the strong, unique form of the Harrier, rendered even more robustlyin the CAMO Edition, this festive season.” Overall we think that the 2020 Tata Harrier Camo is a great pick if you want a unique looking harrier. 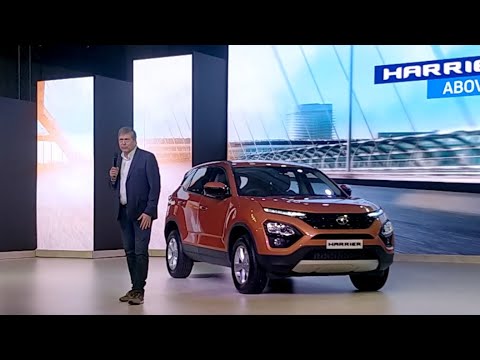