Much after the long wait finally, the RE Meteor 350 launch date has been announced. Here is all that gets confirmed because of the new Teaser poster that has been released. Get to know all about the RE Meteor 350 first here on Motoroctane.

The first thing that gets confirmed about the bike is the name Meteor 350. This is the first time we have got a confirmation that the bike will be called Meteor 350. The Teaser also gives out a date 6th November. Stay tuned with Motoroctane Twitter on 6th to get the images from the unveiling/launch event. Also, the teaser is very minimalistic with the silhouette of the bike from the front and the LED daytime running lights glowing. RE Meteor 350 Launch Date has been kept 6 November very strategically. It will be right before the festive season. A lot of buyers might end up booking this bike just as it is a new bike. The brand image that Royal Enfield has in the minds of Indian is very high and people might just trust them and put their money on this bike.

Launch so close to the festive season leaves a very little window for reviews on this bike. Still from the new changes made to this bike, we think that it might be a significant improvement over the previous RE models.

What does Teaser reveal?

The RE Meteor 350 launch Teaser reveals that the bike will get LED daytime running lights. An offset instrument cluster is also been seen and from some previous leaks, we are also expecting a navigation secondary console. Know more about it here – Royal Enfield Meteor Variants Explained. The wide handlebars and the big chunky tank suggest that it is a cruiser style motorcycle. Other things that we know about the bike are the variants and that there have been significant improvements to the chassis over the Thunderbird. As you can see above the bike has a dual cradle chassis which might reduce the vibrations to a significant extent. In addition to that, we are expecting counterbalance on the engine which also will curb the vibrations. Now the question that this bike raises is that if this will be the replace meant to the Thunderbird 350? Is there a 650 version of this next? For all this stay subscribed to Motorocatne and follow us on Social media for updates on 6th November (RE Meteor 350 Launch Date ). 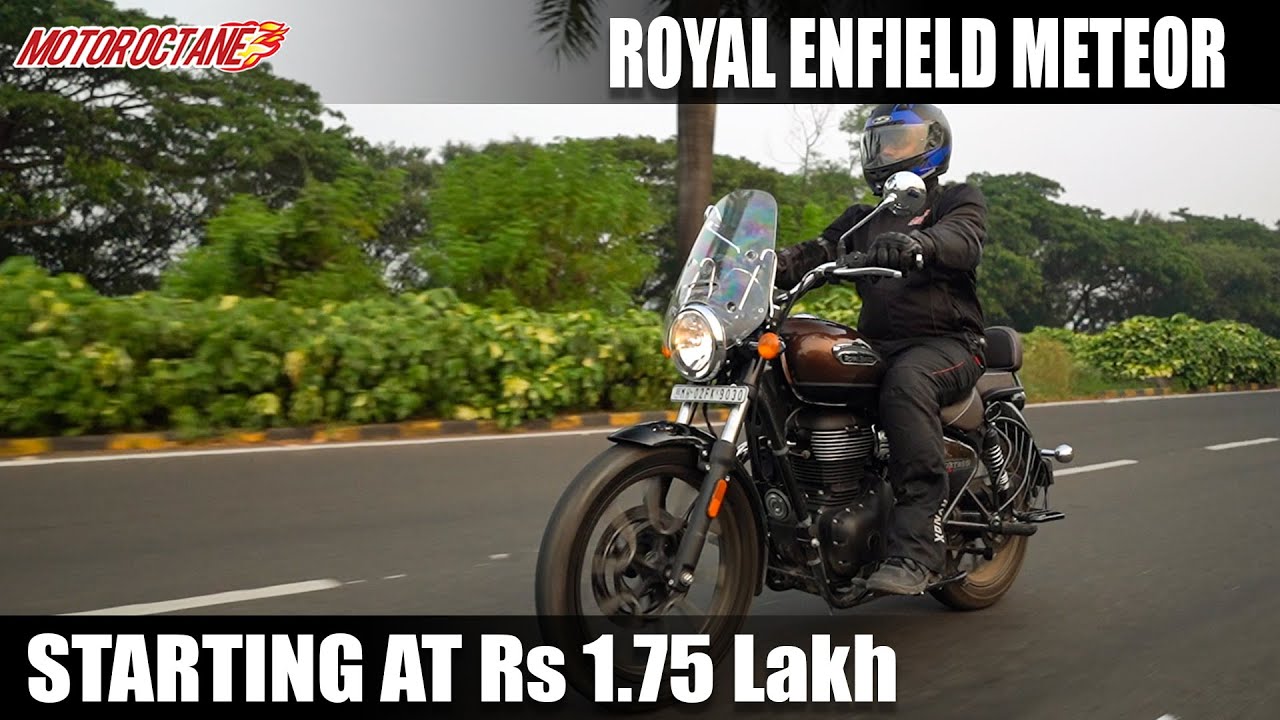