Home Features What can be expected from the India bound Toyota Innova? 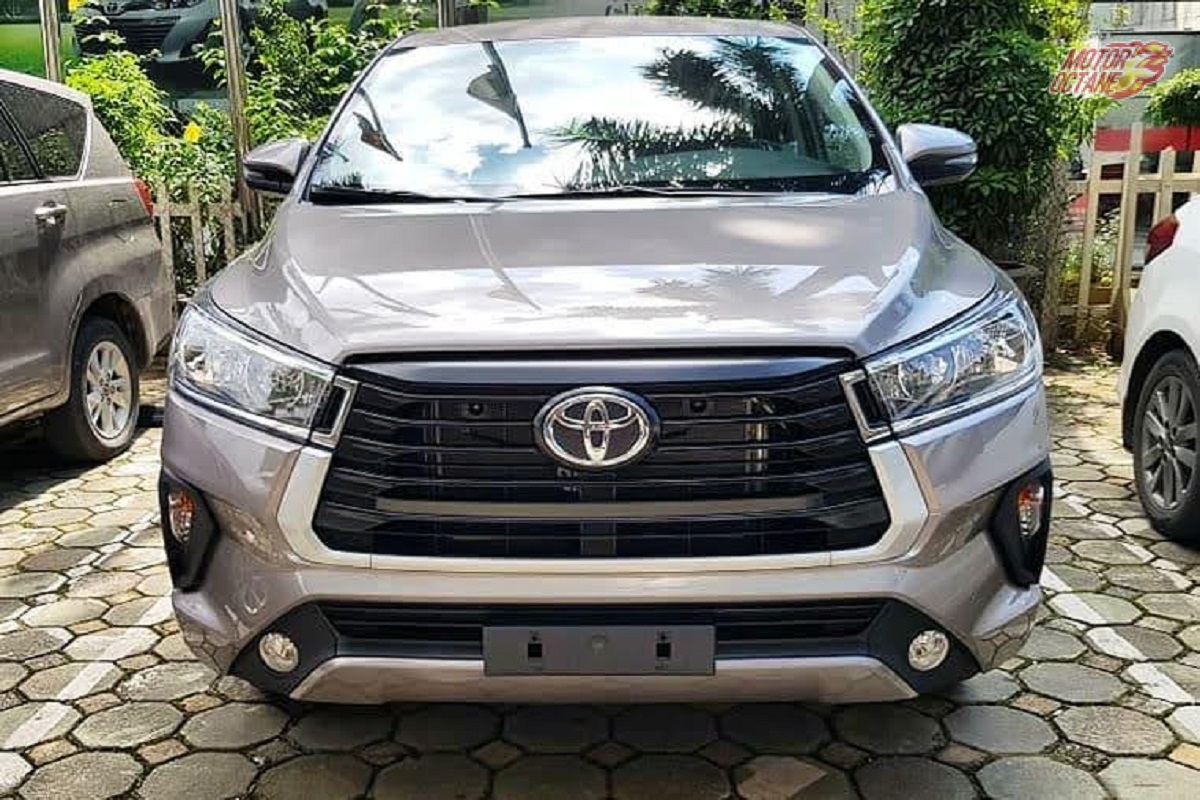 The Toyota Innova itself has become a brand name in India, thanks to its wild popularity and love of Indians. People have loved the car since the initial days and the company managed to sell the same generation car for more than a decade. Now that is something remarkable. The Toyota Innova Crysta launched in 2016, was badly in need of an update and 2021 looks like the probable time for an update in India. Find out below what can be expected from the India bound Toyota Innova. 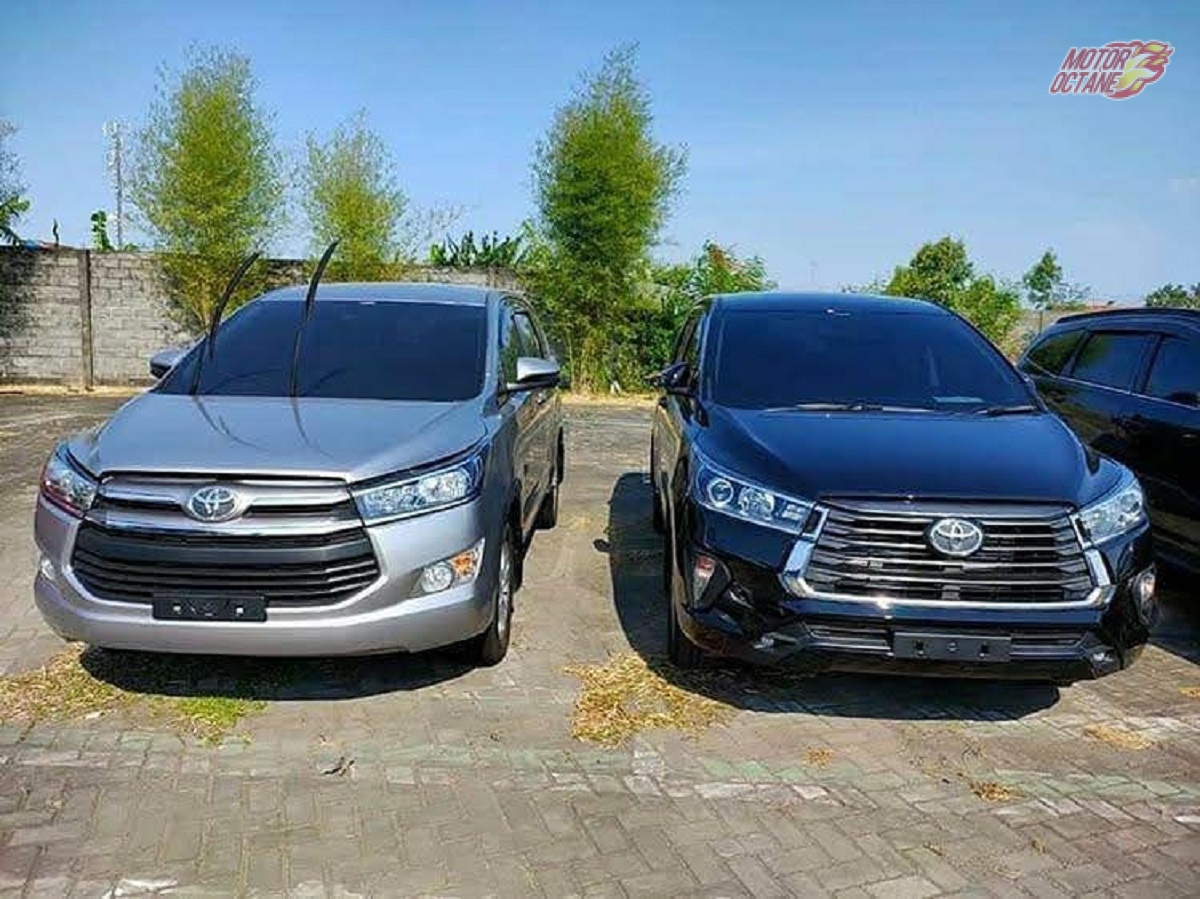 While the Toyota Innova Crysta, was already a pretty looking MPV, the new update retains the good and improves many aspects of the old car. Images of the new Toyota Innova spied show a new front bumper with revised position of headlamps and DRLs. The current generation Toyota Innova India has heavy chrome accents but the upcoming car has black accents along with five horizontal slats instead of two of the previous model. 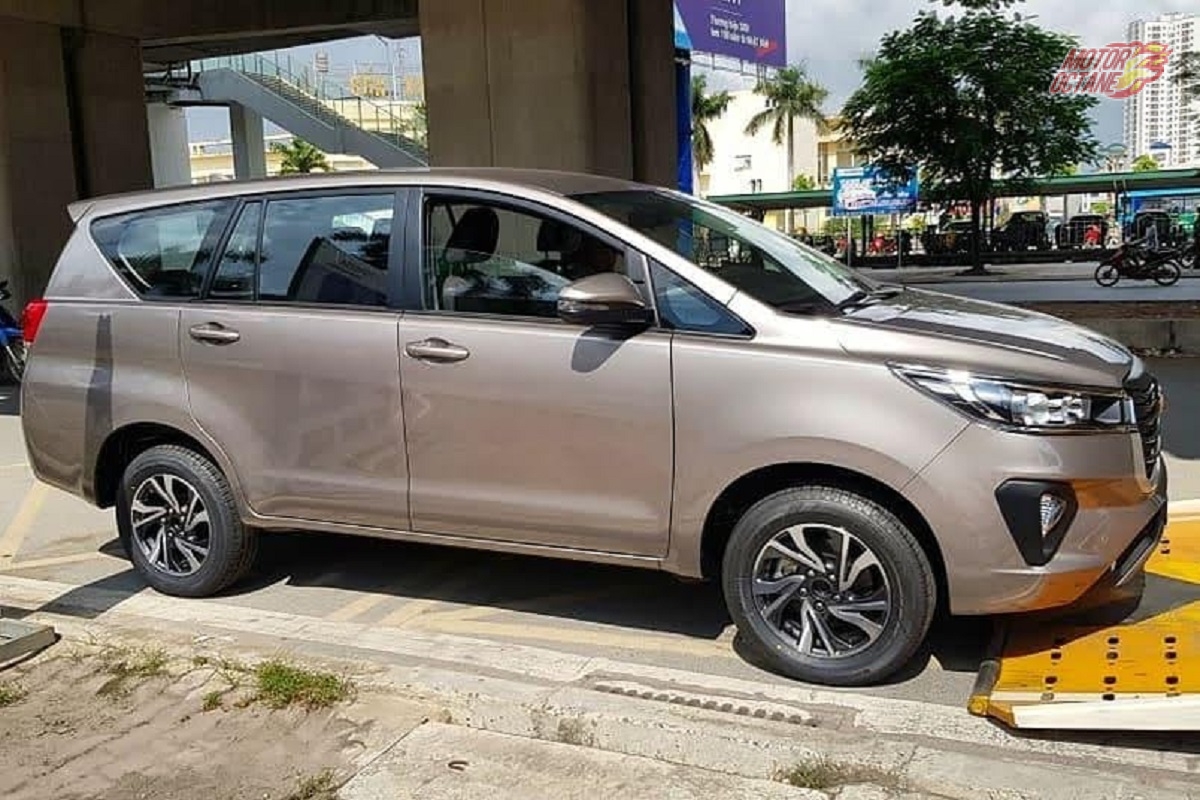 The redesigned front look of the car looks more aggressive and seems inspired from the Toyota Fortuner. The Toyota Innova which was big and bulky in the initial days has transformed itself into sleek and stylish product.  Fog lamps are also housed in new thick triangular black surround. New alloy wheel designs also make the car look fresh and add a new appeal to the MPV. 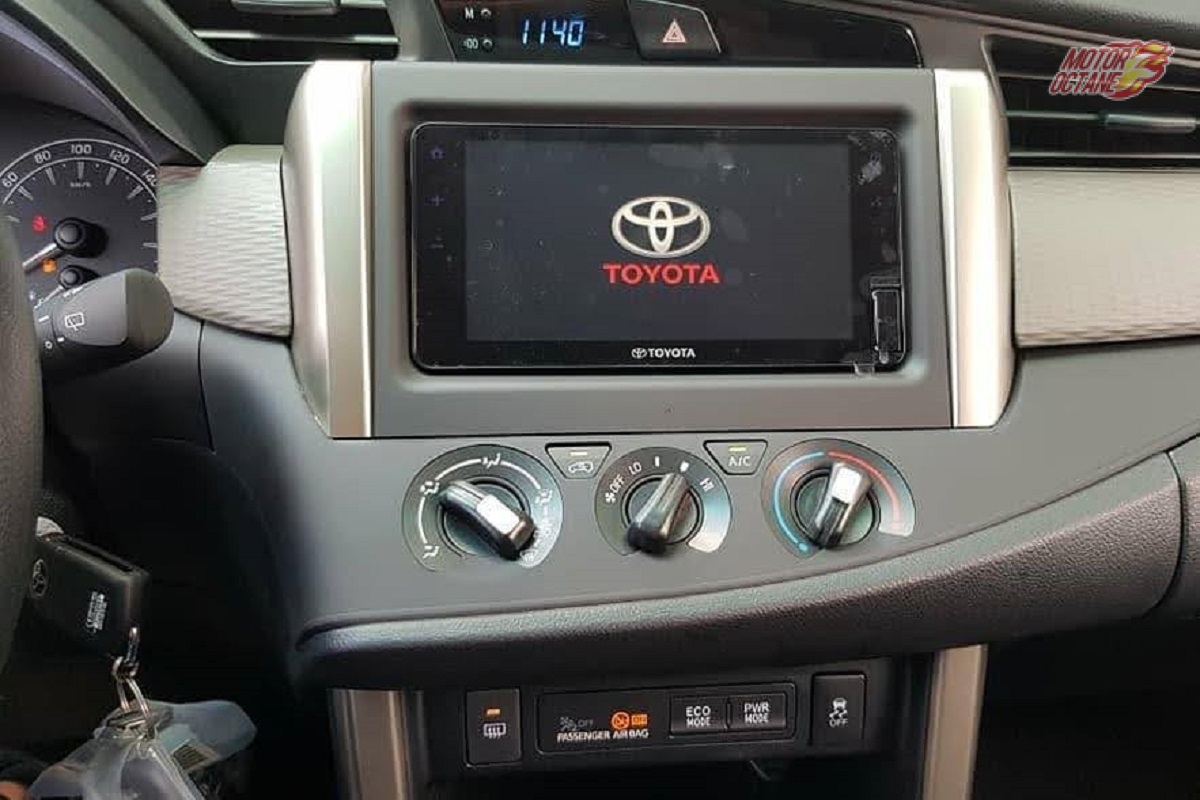 The current Toyota Innova Crysta comes with two BS6 engine options. The 2.7L Petrol engine produces maximum power of 166HP and a peak torque of 245Nm which is more than enough for the MPV. The 2.4L Diesel engine on the other hand is capable of producing a maximum power output of 150HP and a peak torque output of 360Nm. Both 5-speed manual and 6-speed automatic transmission options are available to choose from.  The new Toyota Innova Crysta which will be launched in India soon may not see any changes here to keep the costs low. Company may tune the engine for better performance and efficiency with the new car. More about India bound Toyota Innova below. 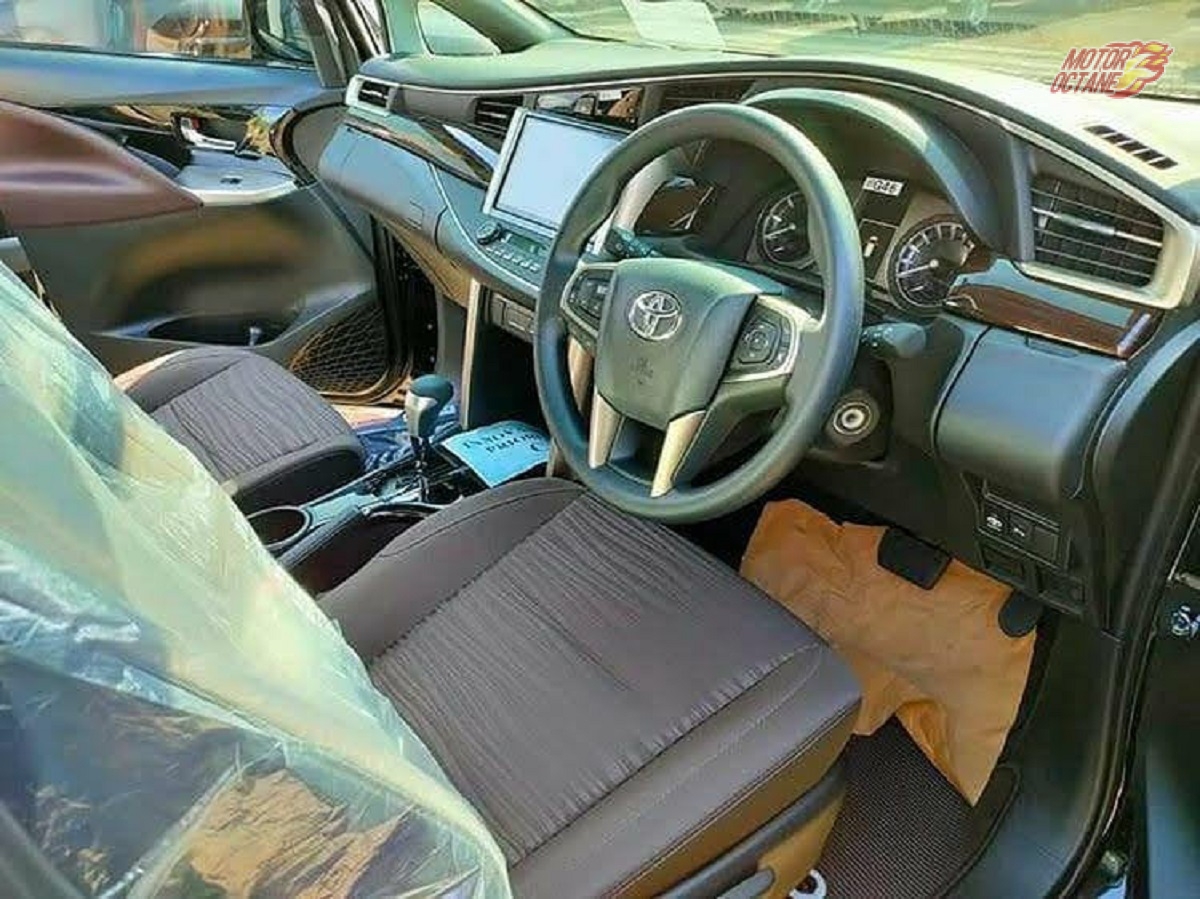 The interior of the current generation Toyota Innova are ageing and lack modern features. Though you have all the necessary features, it looks and feels good to have some vanity features. People love a feature-loaded car and the Kia Sonet is an ongoing example of this.  The overall layout in the spied car is quite the same. Toyota will definitely update the overall look and feel of the interiors. New modern features will also be provided with the MPV. 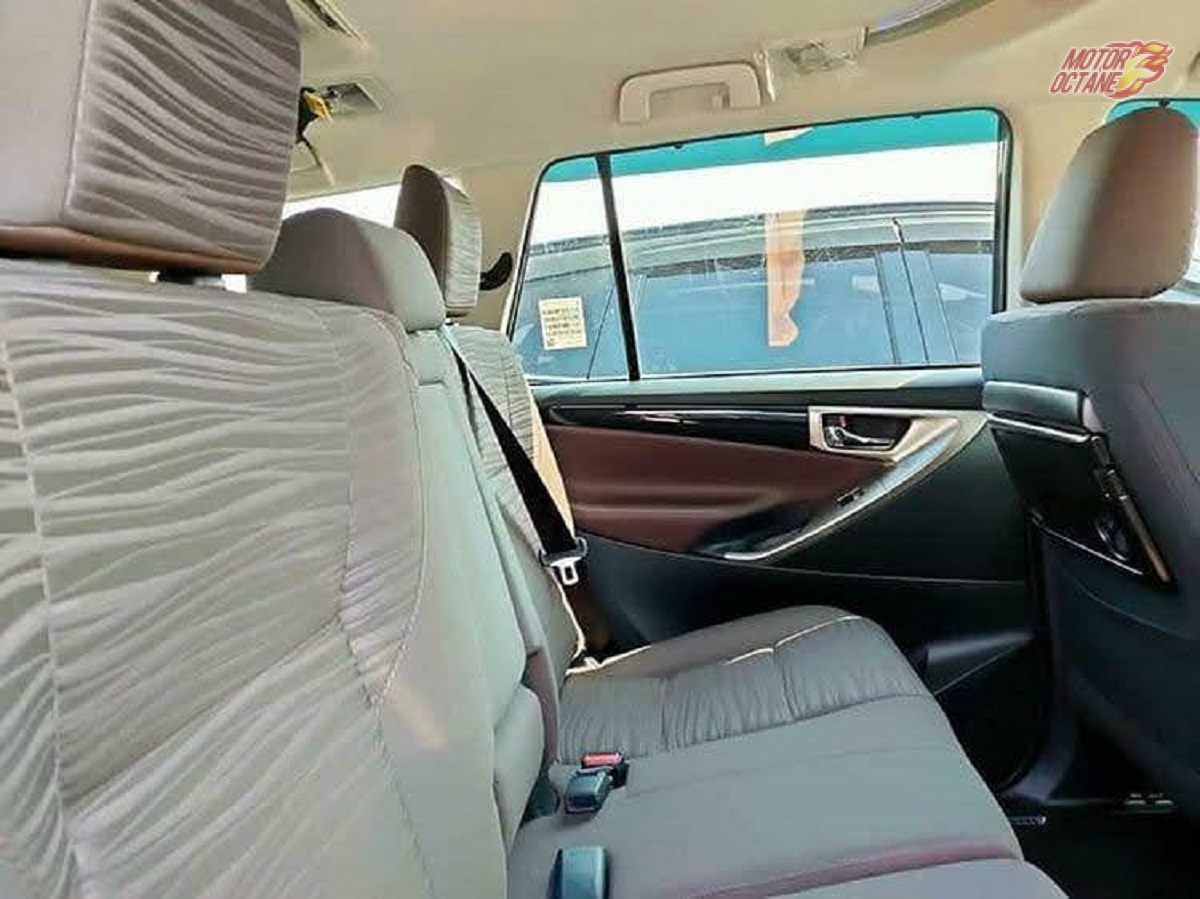 The Toyota Innova Crysta in the spy pics is from Indonesia and is due to sell there first. Toyota will first launch the Toyota Fortuner update in India. The Toyota Innova update will be released later in 2021.

Also read: Here is a Proof of Innova&#8217;s Build Quality