The entry-level cruiser bike segment has been a crowd favourite for a fairly long time. The Royal Enfield Classic/Bullet 350 has been one of the most famous and segment leader bikes in this segment. A few days ago, Honda too hinted a rival in this segment. Now finally Honda has launched the H’Ness (Highness) 350 retro motorcycle in India.  Find out below about Royal Enfield Classic/ Bullet 350 rival from Honda. Source suggest that the starting price of the bike will be around Rs.1.90 lakh. The new Honda bike will be made available in two variants: DLX and DLX Pro.  It will face tough competition from the market leaders and will have to provide something of better value to attract customers.

The overall profile of the bike is quite similar to the older CB roadster bikes from Honda.  Crowd favourite elements like Round LED headlamp, single-piece seat, chrome finished fenders, and stylish tailpipe are included in the overall package. It is a delight to look at the bike which draws heavy inspiration from its rivals in the market. While the exterior looks can be said as, “Old is Gold”, Honda has kept in mind to equip the bike for modern times.  After you start driving the bike, it will feel like any other modern bike in the Indian bike market. Honda has included segment-first features like all-LED lighting system, Honda Smartphone Voice Control(DLX PRO), Honda Selectable Torque Control,  Engine kill switch and slipper clutch among many other features. While many complain of the retro-tech in rival bikes, the Honda H’Ness is the perfect bike for people who want the best of both worlds. The Honda H’Ness 348.86cc engine is a fuel-injected air-cooled unit which produces 21PS@550rpm and 30Nm@3000rpm. Honda has also provided a 5-speed transmission with the bike. Compared to its rival, the Royal Enfield Classic 350(28Nm/19.36PS), the offering from Honda is a notch more powerful. 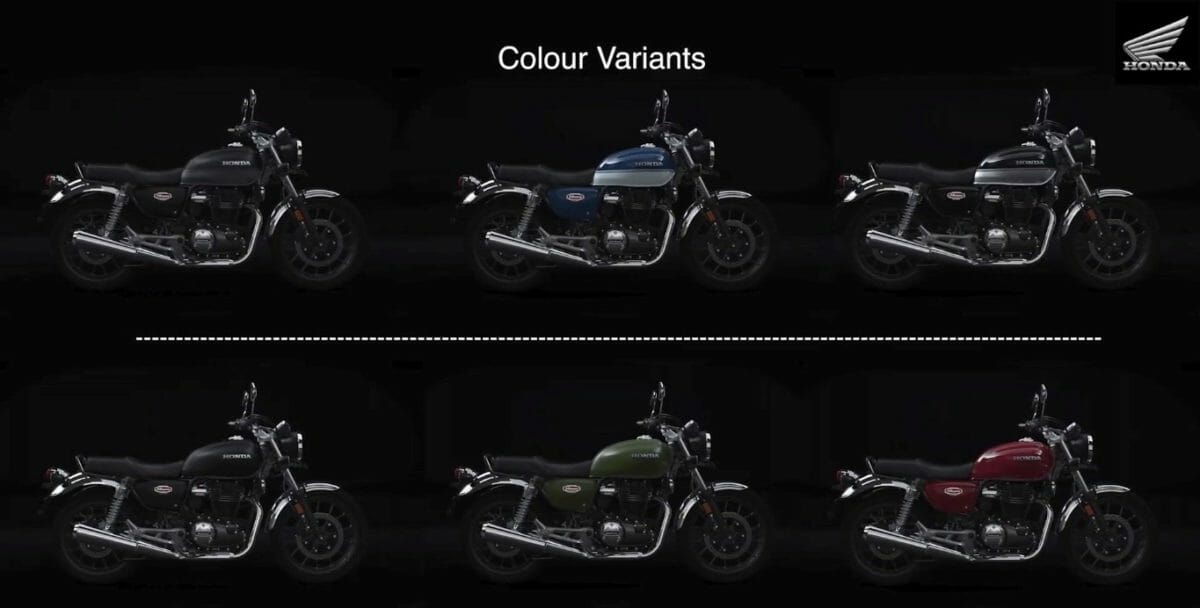 Honda H’Ness 350 is available in total of 6 colour options out of which three are single tone colours.

The entry-level cruiser motorcycle segment has been ruled by the Bullet for a long time in absence of a practical alternative. Entry of a brand like Honda in competition promises to be the best bet for customers in India. Whether the pride of owning a bullet can be defeated by Honda, only time/customers can tell.

Also read: 5 Reason for the Fame of Royal Enfield Classic