Where was the car spotted? The test car was spotted testing in India. The MG ZS was fully covered in camouflage but an exhaust-muffler seen on the lower side of the car show it may be an ICE powered variant.  The MG ZS Petrol was already shown during the Auto Expo 2020 in February in Delhi. This car is already sold in the international market. More about MG ZS Petrol testing in India below.

What about the global variant? Also read: Electric vs Petrol Car – Which is better investment?

The MG ZS EV costs between Rs.20.88 to Rs.23.58 lakh. It mainly rivals the Hyundai Kona Electric in India.  It is a 5-seater SUV which is available in two variant with only an automatic transmission.  The MG ZS EV in India produces a maximum power output of 140.8bhp@3500rpm. It also produces a peak torque of 353Nm@5000rpm. Boot space is 470 litres at the back of the car.  The car comes with premium features like Automatic Climate Control, Airbags, ABS with EBD, Alloy wheels and Multi-function steering wheel. The interiors are not as premium as other similarly priced ICE-powered cars.  The battery capacity is 44.5kWh which takes about 6-8 hours of charging time. This car also supports DC fast charger. 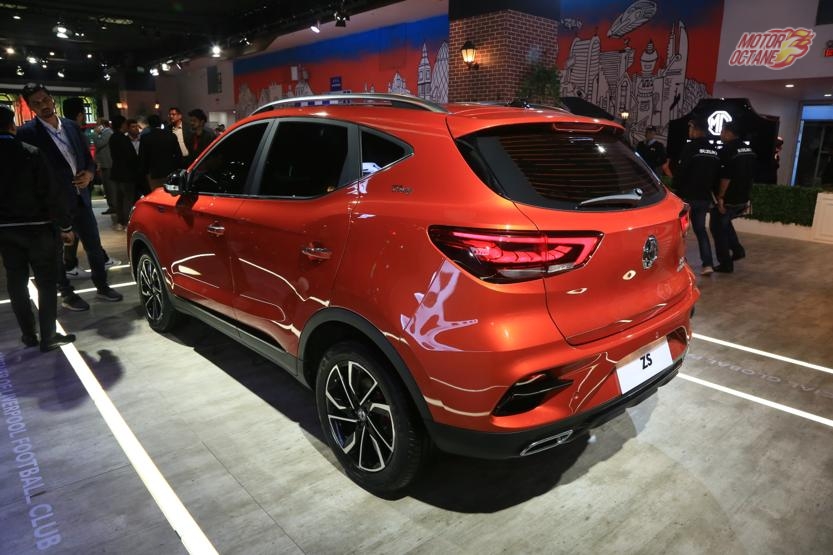 The spy images suggest that the company may soon launch the MG ZS Petrol in the Indian market. However, we feel that MG may first launch the Gloster in India and then the G10 MPV. Full-size SUV and MPV are popular segments too. After launch, the MG ZS Petrol will rival the Kia Seltos, Hyundai Creta, and Nissan Kicks.