We already published an article about 5 things to know about the Tata HBX. We also said that the Tata HBX will be launched soon in India after its preview on the Auto Expo 2020. Today we bring you some more fresh news about Tata HBX AKA H2X Compact. Find out more about the vehicle from the Spy shots acquired!

In an exclusive video shared to MotorOctane Instagram account, the new Tata HBX production variant is spied testing in camouflage. Although the disguise hides the minor details let us look at some obvious ones. Firstly the Tata HBX is made to compete with Maruti Suzuki Ignis and Mahindra KUV100 and likes and the visual size of the Tata HBX Spy Shots confirm that. The HBX will definitely be a crossover-ish-SUV launched in the Indian market. As for the test car video, only the rear profile of the car was made visible. Talking about the rear of the car you notice the rear wipers. As a result, this test car may definitely be a top-spec variant of the HBX.  You will also notice the roof rails easily on the top of the car. Strong lines can be seen underneath the cover on the new Tata HBX similar to the concept car.  If seen carefully, you will notice squared LED taillights and a minimalistic spoiler on the back of the car. The wheels of the car look around 14-15 inches. Being a top-spec model it also could have been alloy wheels but nothing can still be confirmed from the Tata HBX Spy Shots. The Tata HBX is not very big and looks perfect for urban conditions. It also has a crossover/SUV look applied to it like the Renault Kwid Climber. Expect styling elements from both Altroz and Harrier to make an appearance on the HBX. No official reports have been made about the Engine details still, the test car in the exclusive video had a pretty aggressive acceleration. When followed by the camera,  the car zoomed ahead with peppy acceleration. We hope to see the new turbo engine on this car. 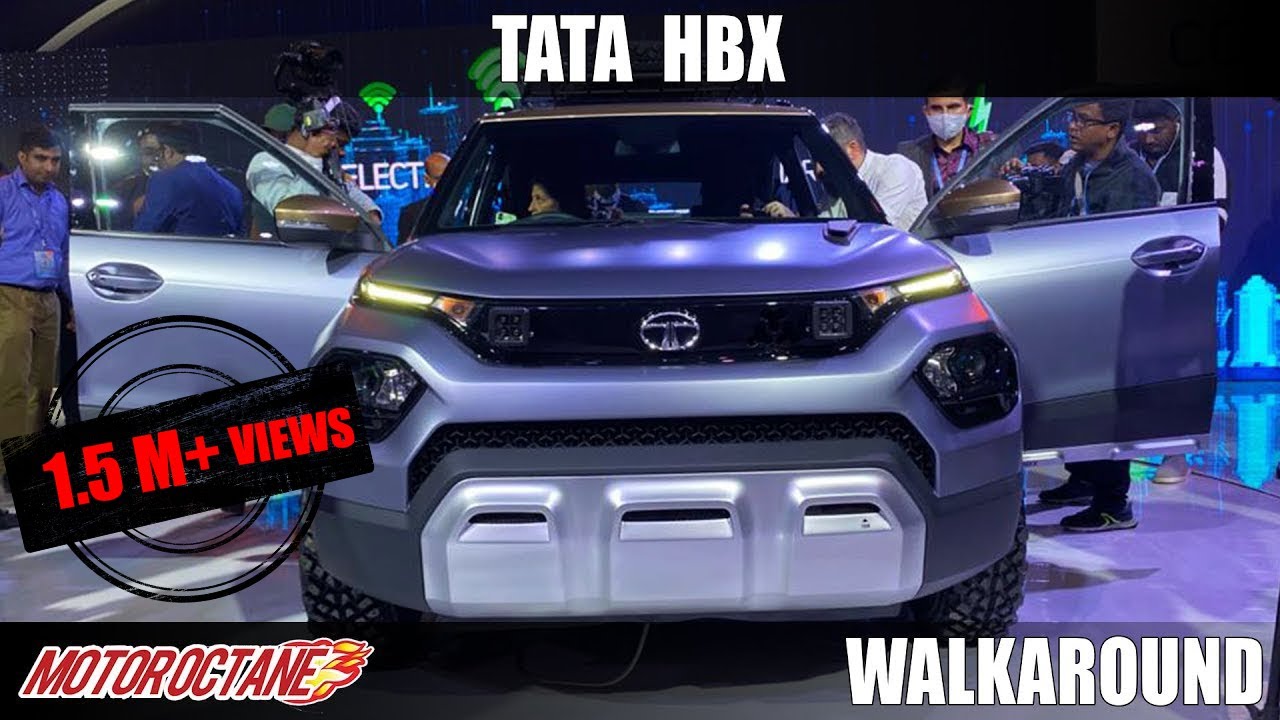