Tata Motors recently announced that it will discontinue its JTP Special Vehicles venture with Jayem Automotives. It was formed in 2017 as 50:50 joint venture between Tata Motors and Jayem Automotives and manufactured performance-oriented ‘JTP’ versions of Tata’s passenger vehicle range. The Tata Tiago JTP and Tigor JTP were the first models to be offered. Rumours suggest that a Nexon JTP was in the pipeline too.

Both Tata Tiago and Tigor have been quite successful products of Tata Motors. While the sales of Tiago show everything, the same cannot be said about the Tata Tigor which made it on our list of Top 5 underrated cars. But today we will be discussing Tata Tiago JTP and Tata Tigor JTP. So what is different in the pricier versions of this car? Tata Motors reported, “ The Tiago JTP and Tigor JTP that were launched in 2018, gained much appreciation for its styling and performance, forming a loyal follower base. However, the passenger car industry witnessed a challenging FY19-20, provoked with the mandatory change in regulations in the form of BS6 and the current Covid-19 pandemic, which has severely impacted the demand in this niche category of the vehicles. In response to this ongoing scenario, both Tata Motors and Jayem Automotives found it prudent to discontinue this venture. Tata Motors will also continue to provide all requisite support and service to customers and users of JTP cars at its select dealerships, ensuring hassle-free ownership.”

Both the Tata Tiago JTP and Tigor JTP were not updated to meet the BS6 norms. The sales figures were not very favourable and this served as the final nail in the coffin. If in future, Tata Motors comes out again with performance-spec versions of their regular car, they will definitely be offered under an in-house brand.  Let us look briefly below about the products which are discontinued. Both the Tiago and Tigor JTP are performance-enhanced versions of their respective standard cars. It is the first product from JTP special vehicles. It has been formed due to the partnership between Tata Motors and Coimbatore based JM automotive which specialize in racing. These new cars are made along with the standard car in the same assembly lines and come with a similar warranty as Tata Tiago and Tigor. The first thing you will notice in these souped-up versions is the lower ride height. The cars have been lowered by 4mm and come with 15-inch wheels for added stability and grip. JTP badging could be seen on the side of the car which differentiates it and new grilles and vents on the bonnet enhance the sporty looks of the cars. Alloy wheels have been provided with both cars. And rearview mirrors are black on red cars and red on white cars helping it stand out from the crowd. Dual pipe exhaust and redesigned rear bumper are a welcome addition in this new variant.

The interiors are largely similar though you will see some modifications for good. For starters, in the red coloured Tiago, you will find red accents throughout the cabin of the car adding a contrasting look to the black interiors of the car. A 5-inch touchscreen has been added to the infotainment system but does not support Android Auto and Apple Car Play. Red stitching is present in the steering wheel and redlining is also present in the carpet area.

The same is true for Tata Tigor. These tweaks make the interior of these urban cars sporty and transform them into a hot hatch. However, auto climate control is only present in the Tata Tigor.

The older engine from Tata Tiago has been completely stripped off and a new 1.2-litre Turbocharged Petrol Engine producing 114hp and 150Nm torque. While the engine upgrade does not make it as peppy as the Maruti Suzuki Swift, it packs a decent punch in it.  The 5-speed transmission is same as before but the gear ratios have been tweaked to provide faster acceleration as well as top speed. Tata Engineers have worked hard on the tires and both the cars stick to the road while driving. Steering Feedback is also better in both the JTP versions.

These cars do cost more than the top variants of the standard cars but when you realize the boost in performance you are getting, the Tata Tiago proves to be a bang for the bunk. You could opt for the Tata Tigor is you want a larger boot space and rear-seat comfort. Both the cars may be available in the used-market for purchase. 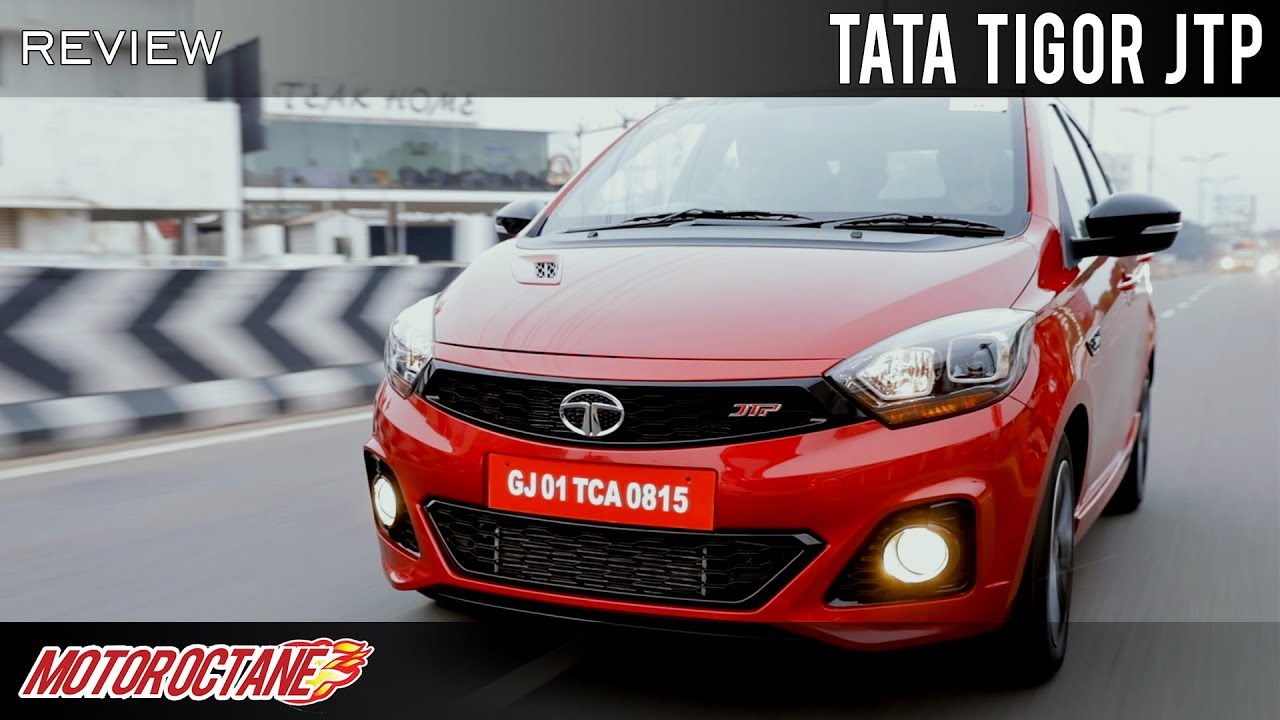