Mahindra has a vehicle called the Roxor based on the Thar in the North American market. But now sales for the imported and assembled in the USA car will be blocked. A judge has supported Jeep’s claims in November 2019 and now that as it closely resembles its classic Jeep CJ models in six key areas. And now, the United States International Trade Commission has issued a similar ruling.

When this issue was first raised in 2018, the US Trade commissions investigative staff invalidated the claims made by the FCA and after hearing Trade Judge Cameron Elliot’s decision that the Roxor was too similar in a dress to the relevant Jeeps, The official statement that time said,” The Commission Investigative Staff believes that Mahindra & Mahindra and Mahindra Automotive North America, Inc. met their burden of establishing that FCA US LLC is contractually barred from enforcing its intellectual property rights against Mahindra’s importation of the accused vehicle.”  Mahindra redesigned the off-roaders design, doing away with the vertical slots completely. The Fiat Chrysler group won the bid for an order to block US imports of Mahindra and Mahindra Ltd’s Roxor off-road vehicle. They said that it copies the look of the iconic Jeep Wrangler. This was posted on the International Trade Commission (ITC) website. With “significant styling changes” Mahindra said its 2020 Roxor model would “make additional styling changes, if so required, in cooperation with the ITC.” The 2020 vehicle was dubbed “The Beast,” still on sale for $16,599, according to Mahindra’s website.

But the ITC held the argument that with the new modification on the car the judge found that the Mahindra Roxor is a copy of the Jeep Wrangler. Fiat claims that the Roxor is a “nearly identical copy” of the Jeep. They also add that the “boxy body shape with flat appearing verticals sides and read body ending at about the same height as the hood.”

Judge Cameron Eliot who was the ITC Judge who was supposed to give the final verdict as mentioned above says that he found that the Roxor would infringe the trade of the Jeep which is defined by six specific design elements but not the registered trademarks for the Jeep’s front grill. He also recommended that the commission block imports of the Roxor kits and components. Mahindra is trying to purposefully try to evoke the Jeep Image, which would erode the value of the Wrangler. Mahindra is the largest maker of the SUVs in India is now hurt with the slowdown of the Coronavirus lockdown. The companies complaint with the ITC says that the Mahindra’s new models are not in violation and Fiat is trying to grab a monopoly over the import and sale of components used in any boxy, open-topped, military-style vehicle. Mahindra North America was the most popular off-road market for the company. They were hoping to make up for some losses from here that they have recurred during the pandemic. The U.S. accounted for more than 60% of off-road vehicle sales in 2018 when this case was filed.

The Roxor is also sold in Canada. Maybe the company will now focus on sales in that market now. And will ask for a review on the current judgement. We will have to wait for some kind of a statement from the company to know more.

The case is In the Matter of Certain Motorized Vehicles and Components Thereof, 337-1132, U.S. International Trade Commission (Washington).  Click here for the notice 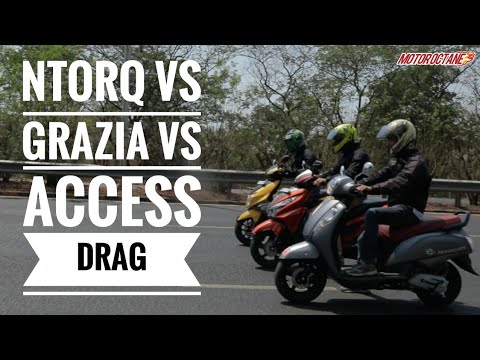