When it was launched back in 2015, the Creta quickly rose to the top of compact SUVs and defined the segment. It gave spacious interiors along with good features and a strong engine at a competitive price. With the Indian market shifting towards SUVs, the car quickly became a hit and attracted huge sales for the company. Many manufacturers have since entered India via a similar segment such as the MG Hector and the Kia Seltos which have also become a massive hit. Many of the compact SUVs are now becoming seven-seaters as well and Hyundai is also planning this. Find out more about the Hyundai Creta seven seater below.

It will be placed between the Creta five-seater and the Tucson in terms of size. The Hyundai Creta seven seater will get a bigger wheelbase and an overall bigger length to accommodate for the third row in the car. In the seven-seater version, the second-row seats will get an additional slide feature as well to give the third-row passengers extra knee-room. The looks will be enhanced and this car will get a lot more chrome. The car will also get features such as bi-projector headlamps, and the top variants will also get trio-projector LED headlamps. From the side, it will also look similar to the Creta and get similar 17-inch alloys. The interiors will also be somewhat similar to the Creta with certain changes in it. This car will be focused on a premium aspect rather than aiming at a sporty avatar. It will be focused on the black and beige interiors and not get any coloured elements on the inside. You will get features such a flat-bottom steering, 10.25-inch touchscreen infotainment system with Android Auto and Apple CarPlay, semi-digital instrument cluster, HUD, 360-degree camera, panoramic sunroof, wireless charging, cooled glove box, air purifier. You will also get certain features such as a  blind spot camera which is not seen on the current Creta.

The five-seater Creta costs 10 – 17.2 lakh (ex-showroom). The seven- seater will cost around 1 lakh more in the base and around 1.5 lakhs in the higher variants. The car will be launched next year. The sister company of Hyundai, Kia will not bring out a seven-seater version of the Seltos. 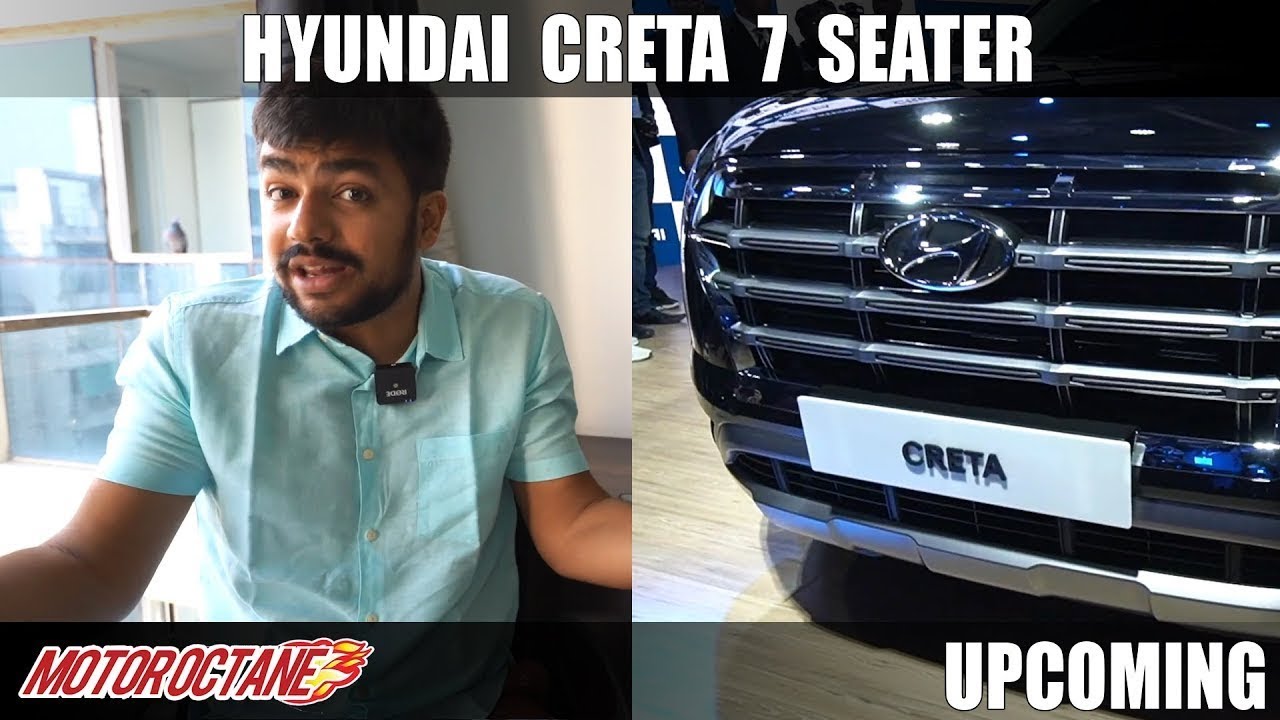