Home News KTM 250 Adventure – Will it ever come? The arrival KTM 390 Adventure has crushed all the speculations done previously regarding KTM 250 Adventure. Previously, the bike had a lot more possibility to launch than the KTM 390 Adventure. However, it seems now we have to wait for more for the 250 cc pocket rocket ADV. Let’s see what we will be offered when the bike finally takes the shape. Also lets find out if it will ever make it to production.

Just like 390 Adventure, 250 Adventure will be sharing its engine with the streetfighter version, the Duke. The bike will get equipped with the 248.8 cc single-cylinder, fuel-injected, liquid-cooled engine. The Duke 250 produces around 30 bhp max power and 24 Nm of peak torque. However, the 250 Adventure is supposed to have a different tune for offroad purpose. The engine is mated with a six-speed gearbox and anti-hopping clutch or slipper clutch. The 250 Adventure is expected to have different sprocket ratios to provide the better low-end punch. The KTM 250 Adventure will be sharing a similar frame as of the KTM 390 Adventure. The bike will have a trellis frame with a bolt-on subframe. The suspension travel is expected to be similar as of 390 Adventure which is at 170 mm for front and 177 mm at the rear. The ground clearance is expected similar to the 390 Adventure which is at 200 mm. The ground clearance is not unusual but is better than regular motorcycles. KTM has always given attention towards the braking. The 250 ADV is supposed to get 300 mm disc at the front and 230 mm disc at the rear. The bike is expected to get dual-channel ABS with the switchable rear ABS as it will be helpful while offroading. As KTM is known for its modern equipment so spoke wheels has a less possibility.

As we are aware of KTM, the brand doesn’t disappoint in terms of offering segment-leading features. The bike will be getting all-LED headlamps, taillamps, and turn indicators. Along with that, the instrument cluster is supposed to share the same instrument cluster as of 250 Duke, TFT display will raise the cost of the bike. In terms of appearance, the bike is likely to appear the same as 390, however, to make differentiate, KTM 250 Adventure will have a different kind of graphics and colour schemes. The bike will also miss out on a lot of electronics offered on the KTM Adventure 390. So basically we will get an Adventure motorcycle from KTM without any of the electronic. In a way, it will be good as the bike will remain raw and pro riders can experiment with it without making many modifications.

KTM is well known for its attractive pricing, we can expect the same with the KTM 250 Adventure. The price of the bike should start somewhere around Rs 2.6-2.7 lakhs (ex-showroom). It will be rivalling other ADV motorcycles in the market such as Hero Xpulse 200, Royal Enfield Himalayan and BMW G 310 GS, that is if it ever comes to production. 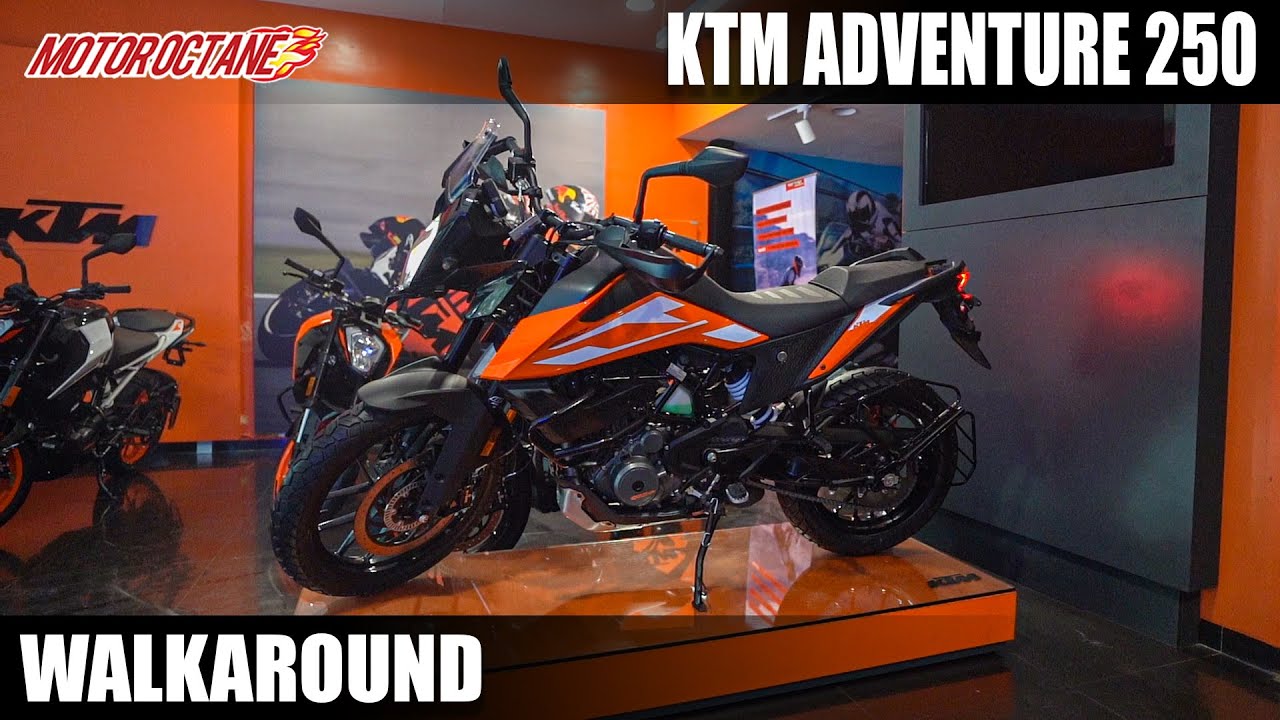