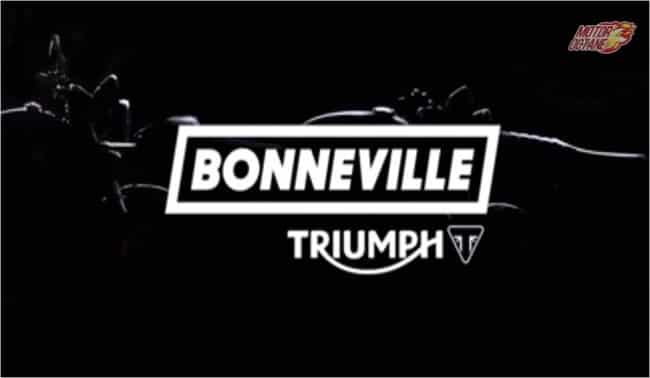 Triumph will be launching the new Bonneville range of motorcycles on 28th October. The legendary British bike maker has also released a teaser video of the same

The new Bonneville is expected to have a larger displacement and a significantly better performing engine, which will be a water-cooled one. There’s also a catalytic converter underneath the front of the engine the headers feed into, cleverly concealed by covers . The Bonneville retains fuel-injection throttle bodies which look like carburetors. The upgrades on the new Bonneville will get a new engine case which is a look alike of vintage Triumphs. New sculpted fuel tank, new chassis & new exhaust pipes will be added with upside-down Ohlins front fork, Ohlins rear monoshock, Brembo brakes, with ABS as standard. The new engine is also expected be low on emissions.

The new Bonneville is expected to come to India in 2016 and will also be showcased at the Auto Expo in February 2016. Triumph has recently launched new versions of it’s Tiger adventure tourer, in India.