Home News Are You the Next Generation Ford Endeavour? Today, anything coming from the land of China raises concerns in everybody’s mind. This article too comes from the same land. But we are very sure that everybody will welcome this with wide open arms. We are referring to the Ford SUV spied in China, which could be Next Generation Ford Endeavour or also known as Everest. This flagship SUV from the American manufacturer is available in our markets since 2014 and lately it is being accepted well in our market. But now the next-gen model is due as per standard product life-cycle. We expect it to be launched by second half of next year.

In India, Ford Endeavour competes mainly against Toyota Fortuner, Skoda Kodiaq, Isuzu MU-X, Mahindra Aturas G4 and VW Tiguan Allspace. The Ford and Toyota are consistent top sellers of the segment. Still in certain aspect the product lagged behind the market leader Fortuner, by a big margin. To up the ante, Ford might be readying up the all new Endeavour. China being one the biggest market of this SUV, it will play big role in its development as that makes us believe the report. As see in the images, next generation Ford Endeavour adapts the recent global design trend as it gets split headlight setup. Top portion could be housing LED lights while bottom housing may contain indicator and projector light. The grill has grown massive in proportions and likely will be finished in chrome. Side profile boasts of 18-inch multi-spoke alloys and a massive rear overhang hinting towards spacious third row seating. One can also notice roof rails and shark-fin antenna. The rear profile is squarish in shape giving this SUV an overall tough stance. Do not miss the panoramic sunroof on the top. One of the spy shots managed to capture interiors of the car, which looks production ready. As we all know current BS-VI Ford Endeavour now only comes with 10 speed automatic transmission. Looking at the absence of any gear lever, we can say that, Ford will continue to offer this SUV with autobox only. The rotary dial could possibly be the drive mode selector switch. Also note the presence of electronic parking brake switch. The flat bottom steering wheel is huge in size and comes equipped with all necessary control buttons. Instrument cluster and infotainment system could share the screen which extends from steering to middle AC vents. With this setup the next generation Ford Endeavour looks classy and more luxurious. Few weeks back only, Ford Motors did update the engine on Endeavour to meet BS-VI norms and for that they have downsized the oil burner to 2.0 liter. This EcoBlue diesel engine with VGT now produces power 167 bhp and gigantic torque of 420 Nm. The engine comes mated to 10 speed automatic transmission. There are two-wheel drive and four-wheel drive variants on offer. We see no reason for company to not to continue this setup on next generation Ford Endeavour. 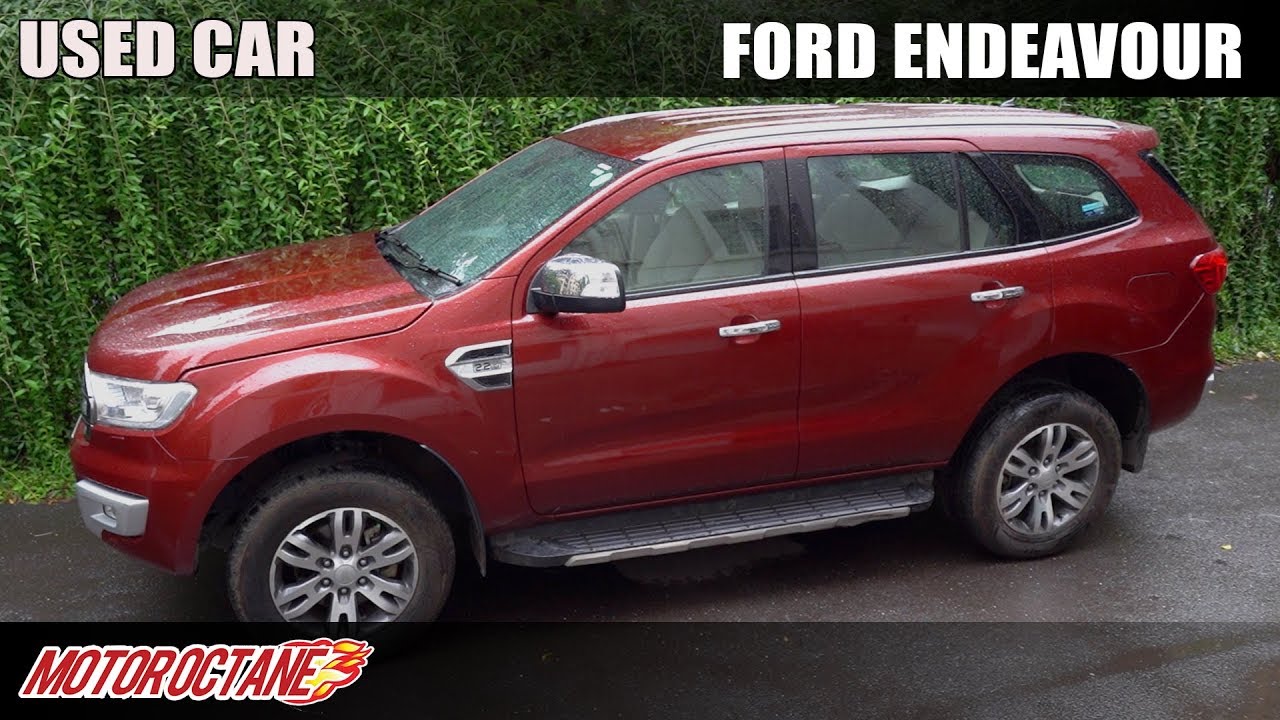