The MG Gloster is the SUV that is going to be launched by MG for the Indian market soon. It is much awaited as it is known to be huge in size and there will be a proper rival for the Fortuner that dominates this segment. The MG Gloster was also revealed in the Auto Expo 2020 and managed to attract a lot of crowd on its side. It has been spied on a multiple of times and was recently seen spying on Indian roads. This extensive testing gives us the idea that MG is on track for its launch this year. Read more details about the  car below.

The MG Gloster is based on the Maxus D90 that is available in China. The car will sit on the top of the chain of MG cars and is expected to attract customers who like such massive cars. The front of the car gets a huge grille along with angular LED DRLs that add to the character of the car. From the rear, it continues to have a dominant appeal with dual exhaust chrome tips and the name Gloster written across the width of the car. The MG Gloster also gets massive wheel arches, roof rails and a running board on the side of the car. The 19-inch alloy wheels are shod in 255/55 R19 Continental tyres. The Gloster sits on a light truck ladder-frame chassis. The interiors of the MG Gloster are as good as the exteriors, with there being loads of space on offer making it a comfortable seven-seater. The interior is also filled with high-quality plastics and a premium fit and finish making the cabin a wonderful place to sit in. The display car got features such as a massive 12.3-inch infotainment unit, adaptive LED headlights, a panoramic sunroof, heated wing mirrors, gesture-controlled tailgate, ambient lighting, three-zone automatic air-conditioning, an 8.0-inch multi-information instrument cluster display and connected car tech. Front seats with heating, ventilation and massage functions can also be expected. MG has promised an extensive list of personalisation options as well.

Globally, the MG Gloster is sold with 2.0-litre turbo petrol that is good for 224bhp available with a manual and an automatic. In India, MG might get it in a diesel-only avatar since SUVs in that segment are mostly sold as diesel. It will get a 2.0-litre twin turbo diesel that puts out 218bhp and 480nm of torque. The car is expected to be launched during the festive season this year. Although the Gloster will be assembled locally, it is expected to cost above 40 lakhs. The MG Gloster could garner sales with this product since it will appeal to people looking for a large out-there SUV. Check out our video of the MG Gloster: 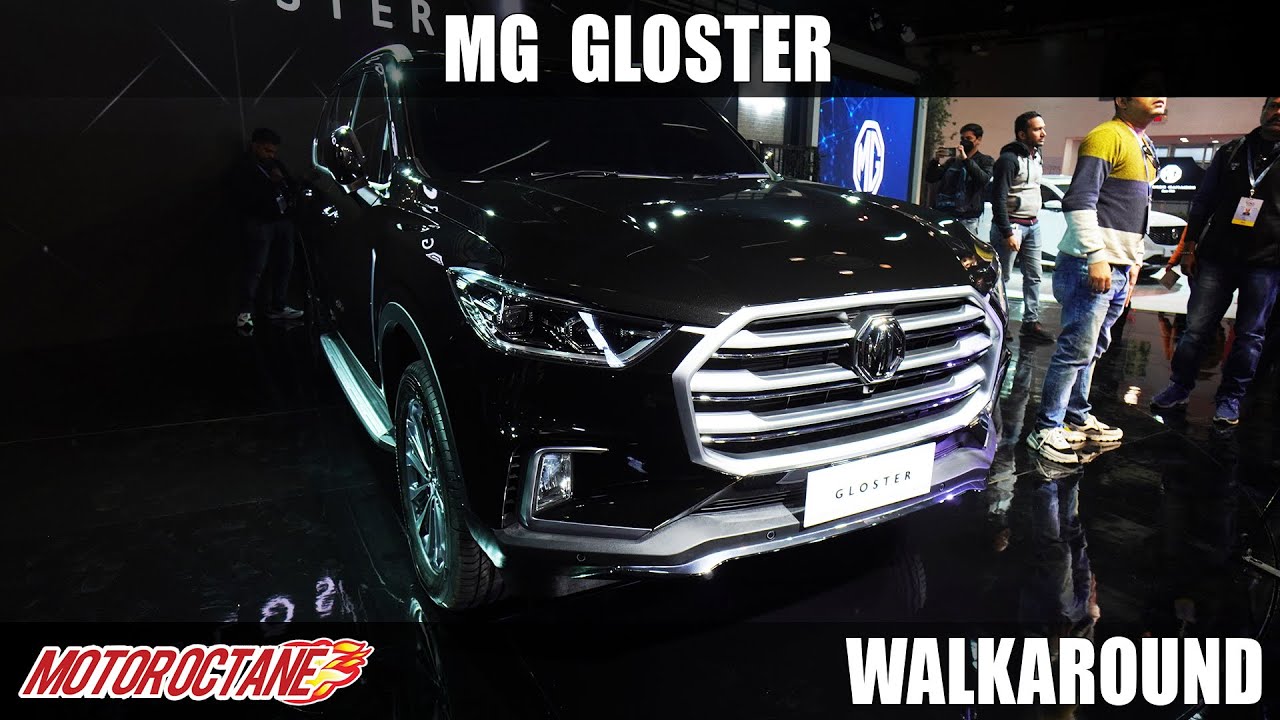