Mahindra really wants to diversify its product lineup in the country. It plans to bring in a number of EVs in new products as well as in existing cars. Mahindra vehicles are known to be strong and durable vehicles but are not necessarily known to be sporty vehicles as such. Mahindra plans to change this with the new XUV300 Sportz edition. This car does not only get cosmetic changes to it but actually gets a revised engine that has improved performance over the previous one.

The Indian market is not known to be an enthusiastic one in terms of performance cars with there being a niche crowd of enthusiasts. This has not stopped manufacturers from launching sporty editions of their cars at a higher price range as these kind of products often help the company by building its brand name. But most of the products below the 20 lakh price range have not been successful as people are obsessed with fuel efficiency numbers which these cars do loose out on. The Polo GT been the long standing car in this segment that yet impresses many with its sales figures. A sporty SUV could work in the Indian market though. The car gets a lot of cosmetic tweaks on the outside such as flared bumpers and sporty looking alloys that add to the sporty character of the car. It gets a lot of red themed elements on the outside such as ‘Sportz’ badging and red brake callipers. While on the inside, it gets all black interiors that have elements of red on it along with the seats also getting red stitching. The talking point of the car is the engine which is the company’s all new T-GDI (Gasoline Direct Injection) engine. It is a 1.2 litre three-cyclinder engine that puts out 130bhp and 220nm of torque which will be the best in its segment. This engine is also BS6 compliant. For reference the current petrol unit produces 110hp and 190 nm of torque, therefore this will be a significant increase. The XUV300 Sportz will be mated to a six speed manual gearbox.

The car sits in the sub-compact SUV segment and rivals the likes of the Hyundai Venue, Vitara Brezza and Tata Nexon. This segment is also getting many upcoming cars such as the Kia Sonet, Vw Taigun and the Skoda Vision IN. This engine is also expected to be introduced on the Ford Ecosport later this year as part of Ford and Mahindra’s joint venture. The XUV300 Sportz will be costlier than the outgoing with the introduction of the BS6 engines. Check out our review on the Mahindra XUV300: 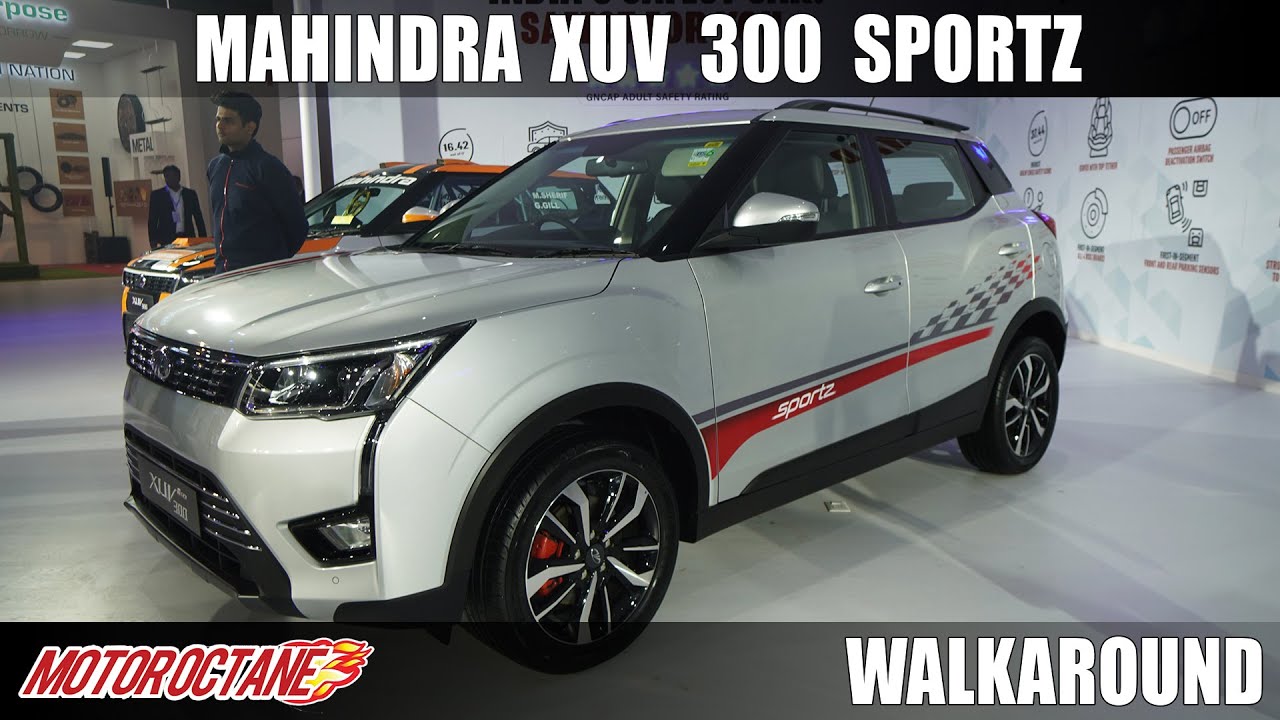