Force Motors was successful in attracting crowd towards its stalls in the Auto Expo 2020. The all-new Gurkha attracted a lot of crowds. But Force Motors is known for its commercial vehicles in India. Force Traveller is one of the most successful commercial vehicles by the company. The van is 16 seater and has found to be the choice for Indians who want to take a road trip along with their family or friends. Recently, BEST services have started plying the Tempo traveller in its services.

Force has showcased the all-new Tempo traveller nicknamed the Force Traveller with its new platform that will support its EV use. Find out complete details of the car below.

The traveller is all set to go electric with India finally getting on to the electric bandwagon. The company had showcased an all-new platform that will be the country’s first shared mobility platform.

The Force Traveller will also get revised styling from the outside, with the van getting some safety features such as a firmer chassis that will result in better results in the crash tests as well as the van being pedestrian safety compliant. It also gets 2 airbags along with ABS, EBD, EDTC and ESP. From the outside, it gets completely new headlights with inbuilt DRLs in the car. The bumper design has also been changed and the most noticeable change is on the side. It gets side skid plates and gets an all-glass treatment on the side. The overall design of the car is made to look like other vans especially from Europe. From the rear, it gets new LED lights that have 2 LED strips on them.

The Force Traveller will also get an all-new diesel engine that produces 350nm of torque and will also be that will be BS6 compliant along with the electric motor. The diesel is expected to get a six-speed manual while the electric will get an automatic box.

On the inside as well there are a lot of changes with the car getting an infotainment system along with higher quality plastics and a revised speedometer. It gets three seats on the front, the Force Traveller is overall a 16 seater and it gets much better padding of the seats. It also gets features like a plugin USB socket for the seats along with recline function and of course plenty of storage space. The ride quality is supposed to be the best in class with the van getting an independent front suspension. The car will go on sale later this year. 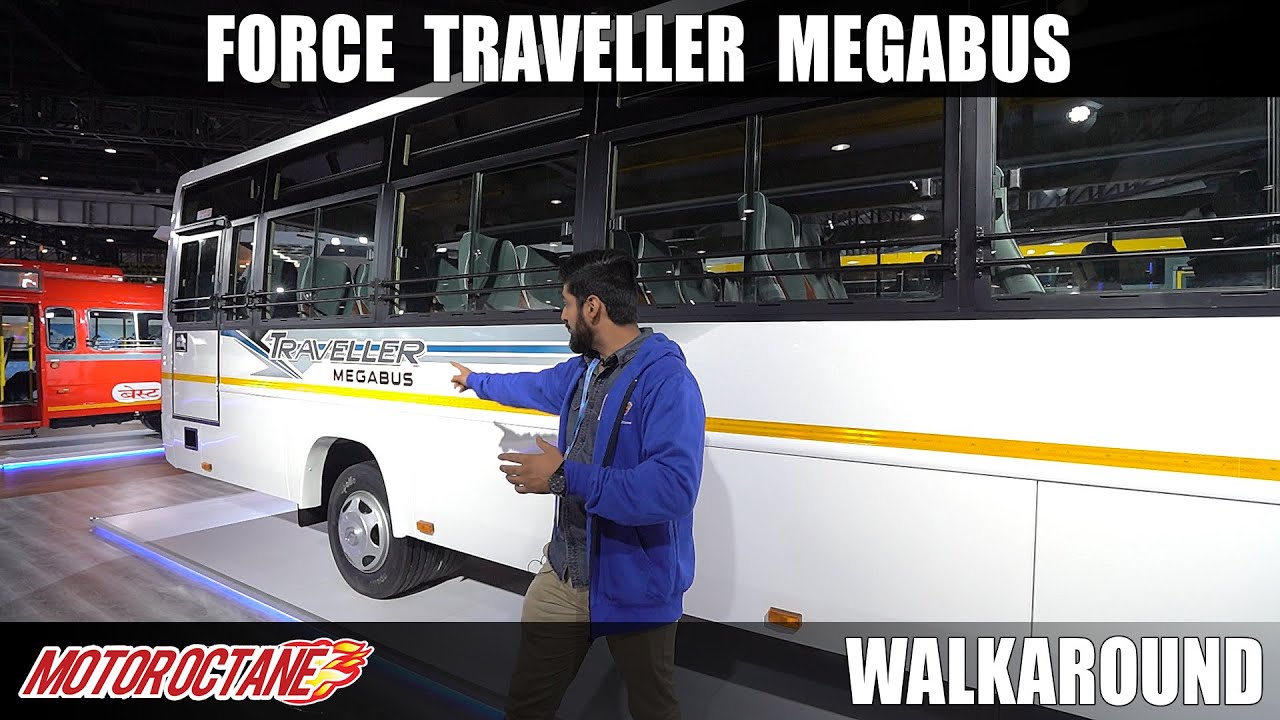