Volkswagen announced that they had some serious plans for India and were going to launch many models for the market especially in the SUV segment. The company has already showcased the Taigun which is going to be an India specific car. But the Taigun is yet in its pre-production stage and will only be launched next year. Therefore to fill in the space in the compact SUV segment which has become the most popular one in the country, Volkswagen has brought in the T Roc to India although as an import.

The company will import a few pieces as the import duty laws have become lenient allowing companies to import more models. Since the Volkswagen T Roc will be brought via the CBU route, it is not expected to be competitive in terms of pricing. With prices expected to be above 20 lakhs. This seems to be expensive especially when you consider the other cars such as Kia Seltos and MG Hector that are in this segment. The car gets a bent rear window kind of like the Audi Q3. The design is somewhat funky and it looks modern and gets all the bells and whistles of Volkswagen. The front looks kind of like the Passat with the grille looking like a continuous line between both the headlights. The Volkswagen T Roc gets a completely blacked out roof and the DRLs are placed below the headlights at the fog lamps. From the rear, it gets Tiguan like lights although the design is a bit different along with faux exhaust chrome tips. The Volkswagen T Roc will be based on Volkswagen’s MQB platform. The car also gets large wheel arches that add to its character.

On the inside, the design has been continued with the dashboard and the seats getting the coloured treatment instead of the all-black theme that is seen in most Volkswagen cars. On the feature front, the Volkswagen T Roc gets an 8.0-inch touchscreen infotainment system, automatic climate control, wireless charging and an in-car connectivity suite. Safety kit is expected to be similar to the international model – six airbags, ABS with EBD, rear parking camera, lane assist, a blind spot monitor and adaptive cruise control will be standard. 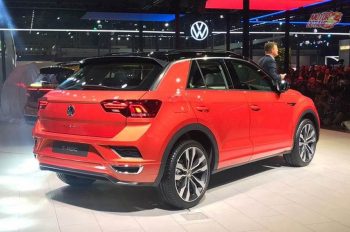 The T Roc will get the 1.5 litre EVO TSI engine of Volkswagen. This engine produces 150bhp and 240Nm of torque, which when coupled with the famous DSG gearbox will be adequate for a car of this size. Sadly, the car only gets front-wheel drive.

The car will sit below the Tiguan which is the larger SUV from Volkswagen. 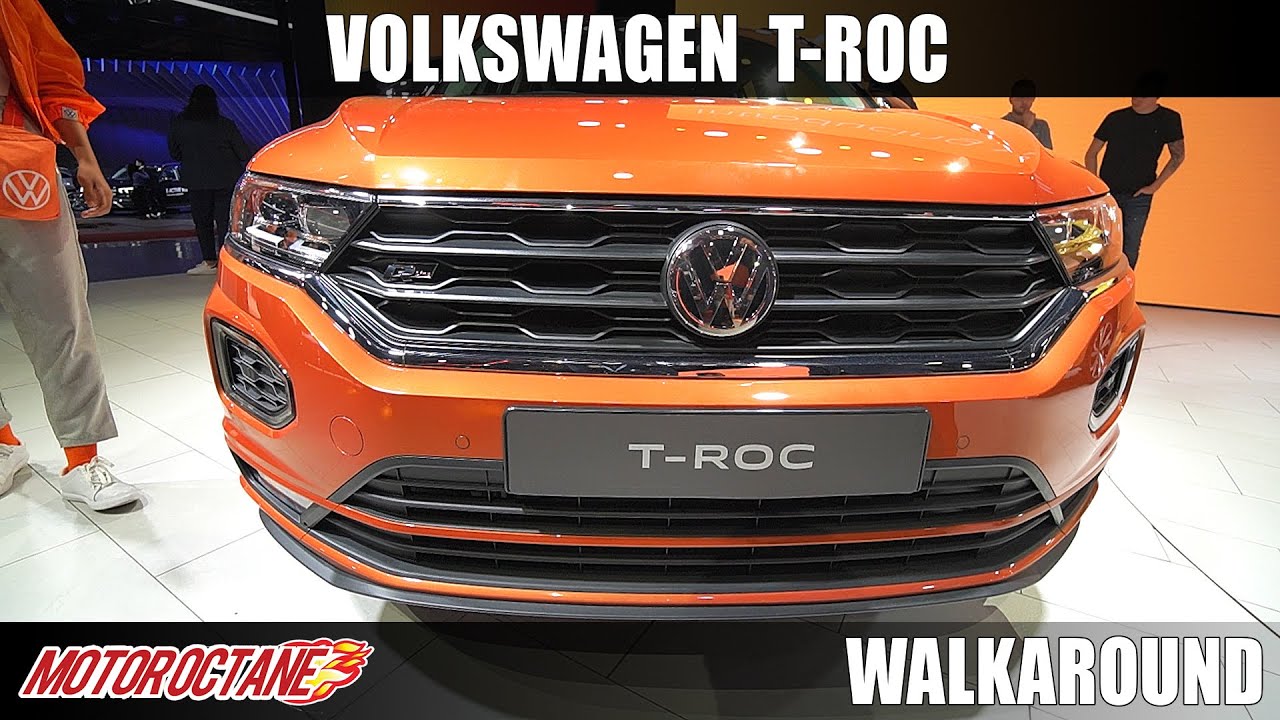