Skoda has had a busy Auto Expo with the company showcasing its India specific car the Skoda Vision IN and also a host of other cars and future plans. The company has also decided to introduce the BS6 engine in the Rapid thereby extending its sales till the new Rapid is brought into the Indian Market which seems to be a long time away. There was a different version of the car which was also showcased that was called the Rapid matte concept.

In terms of design, it gets a new all matte black finish on the car with subtle strips of red on the side bumper as well as on the boot spoiler and underneath the boot. The side mirrors are also completely red. It also gets matte black alloys. This car will get the brand new 1.0 litre TSI engine. This will be a three-cylinder turbocharged engine that is good for 110hp and 200 nm of torque. The car will get both a manual as well as VW’s famous DSG gearbox which was not available in the earlier car. The 1.6 petrol will be discontinued and so will the diesel as it would lead to a substantial price increase. Skoda might bring in the diesel at a later stage since it was so popular but for now, the diesel will be discontinued.

The Rapid Matte concept although going substantially down in displacement will now produce four more horsepower than the previous car and a massive 47 more torques while being more fuel efficient and also lighter in weight. This engine is very important for the company and will be seen on a host of cars as VW plans to introduce many of its cars ranging from hatchbacks, sedans, and SUVs. The India specific Taigun is also expected to get this engine when it will be launched.  There were 2 editions of the car that were displayed; the Monte Carlo edition that is already sold which will also get the BS6 complaint 1.0 litre engine and the matte black concept.

With the introduction of the BS6 engines, the cost of the Rapid is expected to increase although not by much and will be 45,000 more expensive than the equivalent car. The Rapid Matte concept will be available very soon for sale.

It will compete against the likes of the Honda City, Hyundai Verna, VW Vento. Check out our review on the Skoda Rapid: 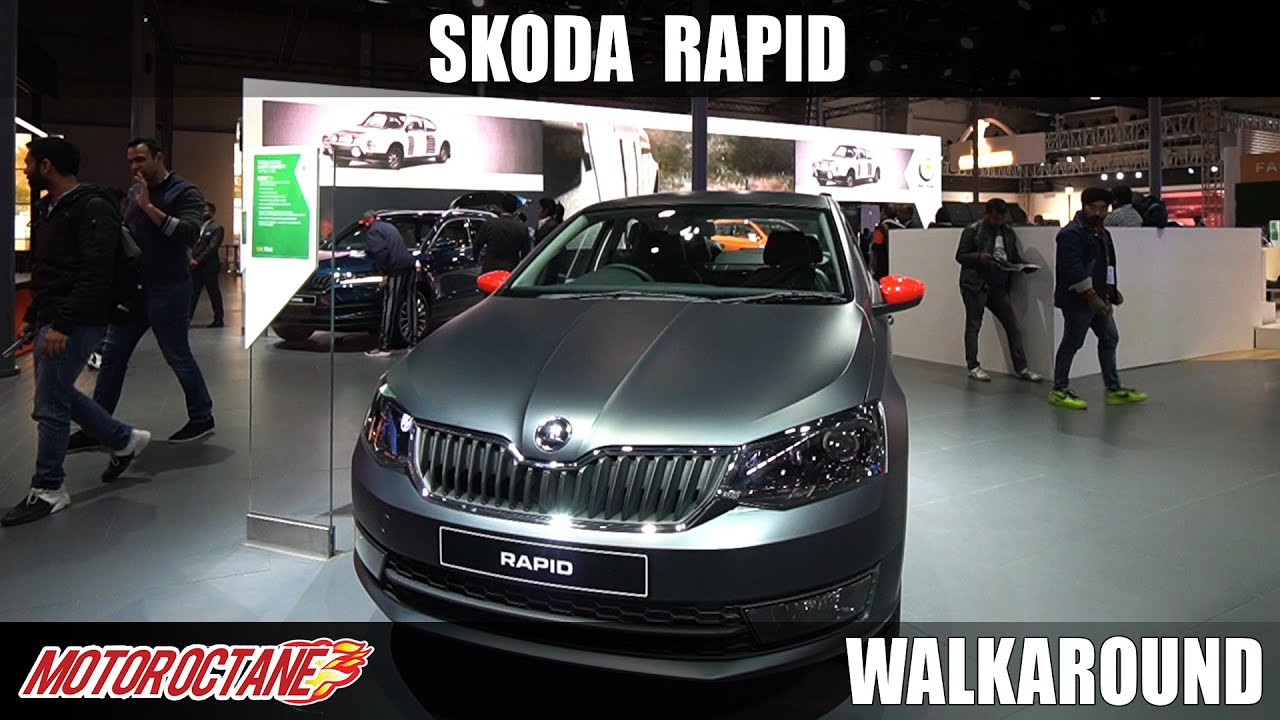