The Volkswagen group has announced some big plans for its future in India in its new 2.0 India plans. The first car to be India specific will be the 2020 Volkswagen Taigun that will be launched in India next year. The car gets very exciting features and also been designed by keeping the Indian consumer in mind. Read on to find out more details about it below.

The Skoda Vision IN was also showcased although the car is yet far from its production stage. The 2020 Volkswagen Taigun is a sub-compact SUV and from the front, it looks like a mini Tiguan. Volkswagen has made sure that the car gets a commanding stance, and the front grille has been given a lot of chrome elements. You get LED day time running lights with projector headlamps while getting glossy black finish to go along with the golden colour.

On the side of the car as well you get some chrome strips with design lines that are similar to its bigger sibling the Tiguan. The rear of the car really stands out and the car will be noticeable if launched with the same design. The rear lights are joined by a sort of glass panel which has a thin LED strip that joins both the lights. Again at the bottom, you get a lot of chrome elements on skid plates. The roof rail also gets chrome finish along with the entire roof. Interiors and features of the Taigun

On the inside also you get a very interesting design and it does not look like the other conservative interiors of the company. It gets a lot of colour on the inside as well, with there being piano black glossy finish around the infotainment system. The steering wheel gets the new VW logo along with cruise control and controls for the instrument cluster.

The instrument cluster in itself does not look like any other Volkswagen car and is fully digital. The infotainment system is touchscreen as well as with touch-sensitive buttons and seems to be of very high definition. It does not get a sunroof sadly. Engine wise, it will get the 1.5 litre and the 1.0litre turbo could also be offered in a higher variant. The 1.5 litre will get a manual as well as an automatic transmission but the 1.0 litre will only get the company’s famous DSG gearbox which is usually the best in its class. Diesel engines are not expected to be brought in this car.

It will be more than 4 metres therefore it is expected to be a Creta rival. Volkswagen claims that it is adhering to the make in India initiative by the government by making to 90% of the parts in the country itself. The car in its pre-production stages but this is what most of the final car is expected to look like and will be launched next year only. Check out our detailed walk around of the car: 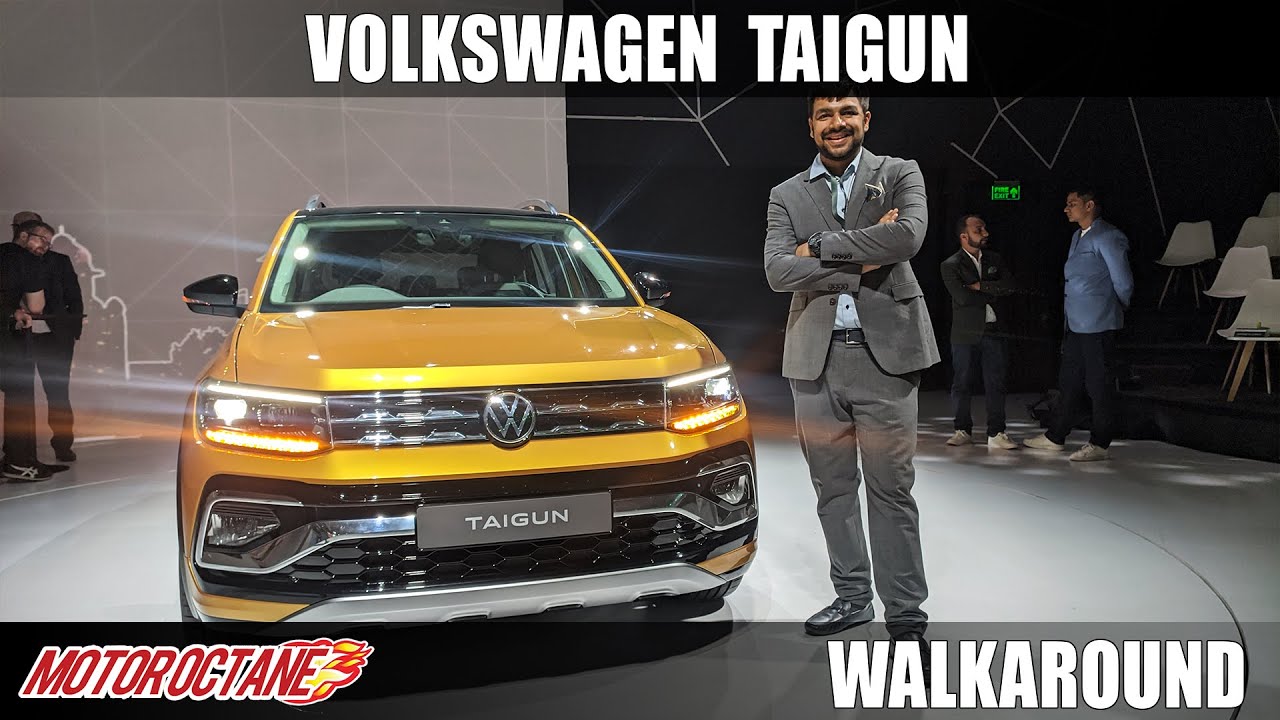