The new Honda City 2020 is coming soon and while the car is expected to go on sale in India in 2020 next year, we still can’t confirm if it will come before the 2020 Auto Expo or after that. Honda is being tight-lipped about its upcoming launches and the manufacturer is not taking part in the upcoming Expo. The new car has been officially launched in Thailand already earlier this year. The City is a very important car for Honda in India and been a segment leader for a very long time with the Maruti Ciaz now giving it serious competition. The fan following for the Honda City is so huge that even after the launch of Honda Civic many are waiting for its launch eagerly. To know more about the Honda City 2020, more spy shots and a video – you can check out everything below.

Essentially this car is going to all new. The following 5 highlights will make up the Honda City 2020 –

Modern Infotainment System and Console
The console of the Honda City will be borrowed from the Honda Civic. It will be a complete digital unit. The best thing about this console will be its modern look. This will be joined along with a plush instrument console which also will be a digital screen. Overall the vehicle’s cockpit will look very modern and ahead of its time. The console will have Apple Car Play and Android Auto. The touch screen panel will be bigger and the touch will be like that of a smartphone. These details are small or but make a difference in revealing the overall quality of the vehicle. The car will also get Smart Connectivity features and that is a trend in most cars today.

Bigger Dimensions
The dimensions of this new Honda City 2020 vehicle will be bigger than the existing vehicle. The vehicle has an overall bigger road presence. This is due to a wider grill and bigger headlamps. All this will result in more space in the vehicle as well as a wider car. The bigger dimension will also result in better aesthetics. There will be more space to be left blank and increases aesthetics. If you scroll down you can see the car from the Thai Motor Show where it was revealed. The wheelbase for this car has shortened but overall length has increased. How does it affect interior space? we can only talk about it later when we see the car in person.

BS6 Diesel Engine
This vehicle will be seen with a BS6 engine and will be the same engine that Honda will use on the other diesel vehicles. Turbo Engine
The upcoming Honda City 2020 is expected to come with a smaller 1.0 litre engine with a turbo. This puts the manufacturer to provide a smaller engine. This engine will make more power than the 1.5 litre petrol engine which will be around 120 bhp. The turbo will be sourced from the company “Borg and Warner”. This will be seen with a manual as well as a CVT gearbox. This configuration of the engine has been seen in Thailand already. Another engine configuration will be seen with the 1.5 litre engine and 2 gearboxes.

How much will it cost?

More than what it costs now is the plain and simple answer. Honda will not price it cheap. Expect a substantial Rs 2 lakh increase in the overall pricing of the Honda City 2020. 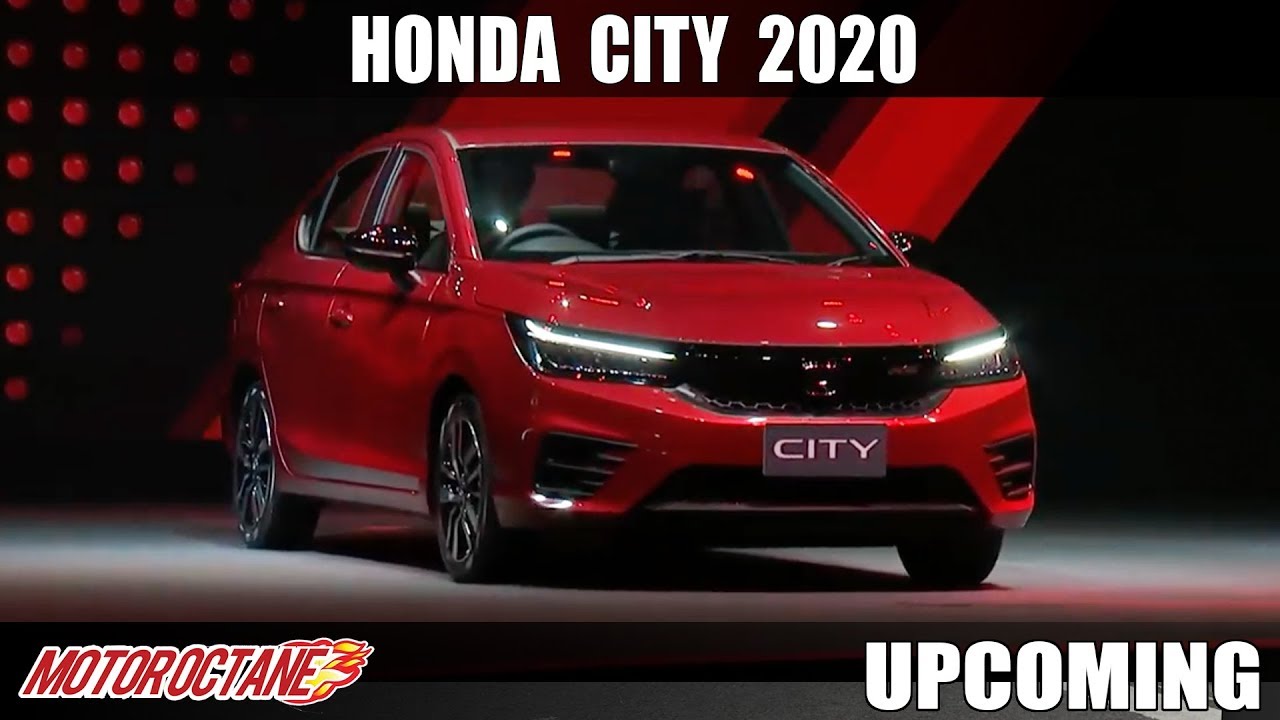