The Hyundai Aura is coming soon. Hyundai Motors India has finally realized that the Xcent is the oldest looking and sounding car of the compact sedan segment and is doing something to revise it. The Xcent itself will be still sold to commercial operators and taxi groups but not for private use. It will be replaced by the Aura. The Hyundai Aura will be made available with a total of three BS6-compliant engines – two petrol and one diesel mill.

Hyundai has also set off an endurance test drive across the country to show us that it is taking the development of the car seriously. The company has the tag line of ‘VIBRANCE OF POSITIVITY’ for this project an the Aura sketches totally revel that. Hyundai calls this design language as Sensuous Sportiness which we can see further in the Design where it has been explained how the vehicle projects a sportier, futuristic and a progressive image based on its Next-generation Design Direction. If the words in the press release sent by the manufacturer are anything to go by, the Aura is gunning for the segment chunk when it comes. It will be positioned premium, will be feature loaded and might also boast smart connectivity features like Hyundai’s BlueLink.

The price of the Hyundai Aura should be a bit more than the outgoing model because of the BS6 engine options it will provide and the added features it will offer. Below is a rough estimation by us on how much should the Hyundai offer.

The launch of this product will take place in January or the Auto Expo. We will see the car in the flesh mostly next month, December. The car will be launched in 2020.

The design will resemble the Grand i10 Nios a lot. From the covered car pictures released by Hyundai, it seems that a lot of panels and bits from the Nios have made their way to the Aura. We can expect DRLs from the Nios, projector headlamps, LED taillights, 16-inch alloy wheels, a spoiler of sorts on the roof or boot lid. We could see features like keyless entry make it to lower variants and a sharkfin antenna too.

For now, we have come across basic design sketches of the vehicle. The vehicle looks sharp and sporty. It has blackened out B and C pillar to provide it with a floating roof treatment. The rear has a sloping like which merges in the boot thereby making it look like a mild coupe. The boot hosts a big Hyundai logo which might be flanked by LED tail lamps which will be seen with a chrome strip in continuation with the brake light strip. The rear gets has air vents which might be a pure design element. 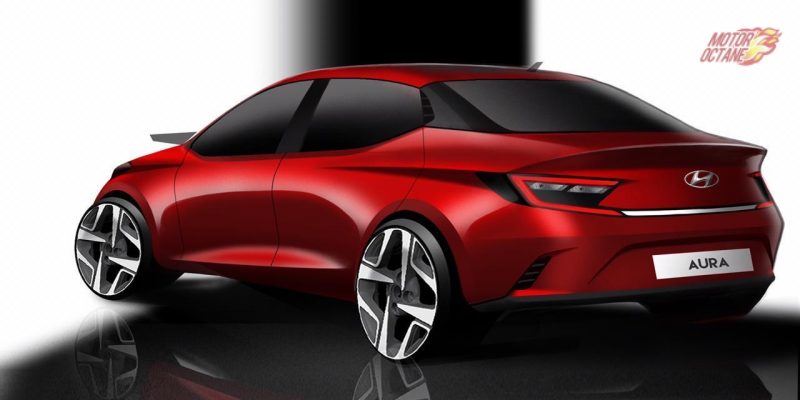 Hyundai will try and get the maximum features that are not available in the segment right now into the car. Features like – sunroof, wireless charging and more interestingly we could see BlueLink make it’s way to the top variant of the car. That itself will pack a host of exciting, safety and brilliant features. Moreover, there will obviously be the use of premium plastics and upholstery that we have gotten used to in Hyundai cars.

While the engine power outputs have not been revealed, the 1.0-litre petrol unit will be a slightly detuned version of the Venue engine and the 1.2-litre engine will be a 100bhp mill from the Hyundai i20. Other specifications, dimensions are yet to be revealed by Hyundai. Aura will be a sub-four-meter car but space management, boot-space, ground clearance are really important points for a compact sedan and we look forward to those numbers. Keeping in mind the need of new-age customers and future emission norms in India, various amalgamations of petrol and diesel engines with Manual and AMT transmission powertrains have been devised for customers to choose from. A strong emphasis has been laid on creating the ‘Advanced After Treatment System’ to meet the highest standards of emission regulations. Hyundai AURA has Advanced NOx TrapCatalyst and PM Filters to minimize environmental pollution and optimize ‘After Treatment System’ performance.

In terms of safety, two airbags will be standard and so will – ABS and EBD. More than anything else BlueLink will have features like perimeter alert, crash alert, SOS calling and also a towing alert button. The Aura will compete with the Maruti Dzire, Honda Amaze, Tata Tigor, Ford Aspire and the upcoming Renault compact sedan. 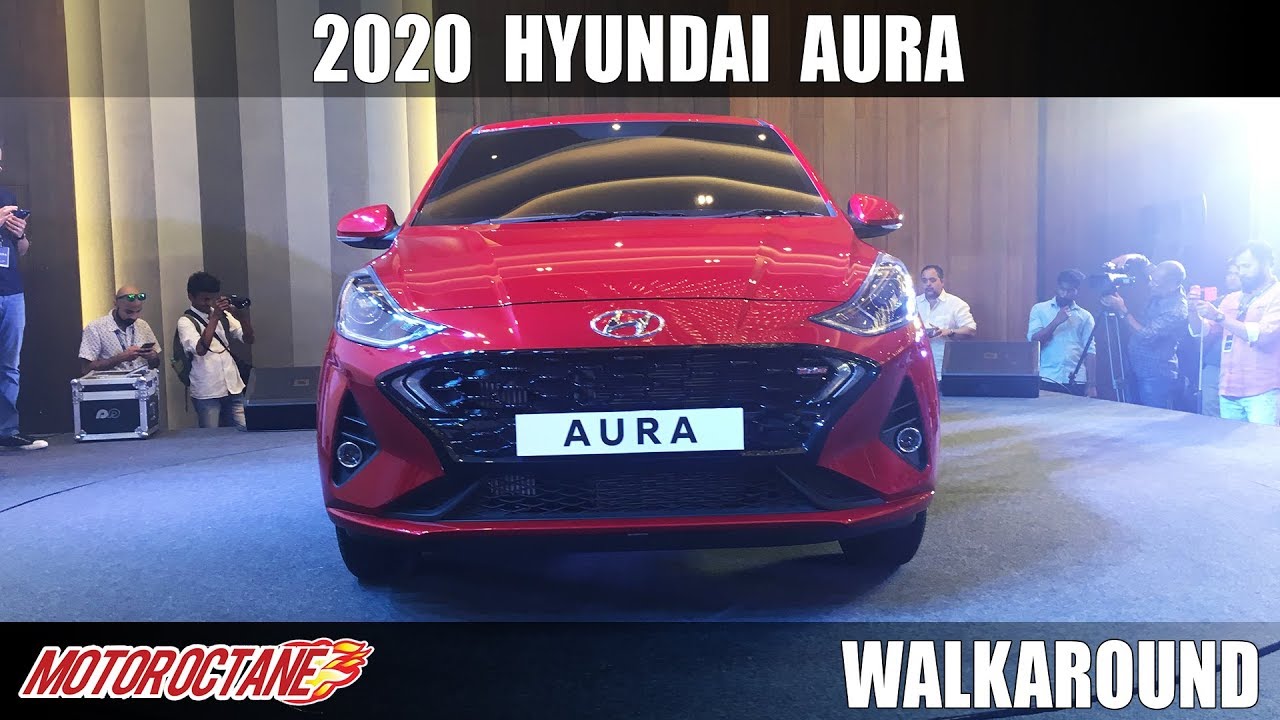