The Toyota Corolla Altis 2020 was seen at the 2018 auto show in Guangzhou. This vehicle has been one of the most successful product worldwide. This car is considered as the ideal car by the common man. The vehicle will be first launched in China. To know more about the vehicle and its launch details read further ahead.

The launch of this vehicle will be seen in February 2020. This will be a BS6 specific launch. The launch will include some minor changes on the vehicle. Another anticipatory point of this launch will be an if whether Toyota will provide a connected system. This is kind of a flagship product in this market and if Toyota has to launch anything new in any vehicle then it will be on this vehicle.

The price of the Toyota Corolla Altis will be around Rs 17 lakhs to Rs 21 lakhs. The pricing of the vehicle will put it in proper bracket such that it makes up for lack of engine power that the competition offers. Toyota will make the vehicle a feature-loaded and most of the cost will comprise of this. The advanced vehicle system will be beyond the class of vehicle that it competes. It will also get a Hybrid system that has been advancing ever since its introduction in the first Corolla Altis.

The Toyota Corolla Altis 2020 interiors also receive styling changes and feature update. Built on Toyota’s new TNGA platform, the Toyota Corolla Altis 2020 is said to be inspired by the ‘Sensuous Minimalism concept’. There is a floating infotainment system inside the cabin which sits at the centre of the sleek dashboard. Besides, the model is likely to get a plethora of tech in line with other new models from Toyota.

The Toyota Corolla Altis 2020 images emerged during its display at the Guangzhou International Auto Show reveal the new look. At the front, there are sleek headlamps and the lower bumper features multiple air-inlets. The side skirts inject aggression to the front, while the doors at side get indented curves at the bottom. Round the back, there are a new set of tail-lamps with LED units.

The mileage of the vehicle will be around 12 km/l. This will be with the bigger 2.0 litre engine. The smaller engine will provide more fuel economy. Combined with Hybrid power the vehicle will efficient as well as it will offer better performance. The electric motor will provide with instant torque and this will help in keeping in check the initial loss of power in the combustion engine.

For now, there is no news on the engine and the India specific vehicle. The vehicle will be good at handling and the performance of the vehicle will be adequate. The Toyota Corolla Altis might get a 1.2 litre petrol engine. This might also get a 1.8 litre hybrid setup. There will also be a 2.0 litre Hybrid for the international markets. The current vehicle comes in 1.8 litre as well as 1.4 litre variants.

The Toyota Corolla Altis will lock horns with the Skoda Octavia and the Hyundai Elantra. This will be the most sedated looking among all of them but will keep up to its reputation as an Executive Sedan. This vehicle will beat them at the price but the engine will be a place where this might sound low on numbers. 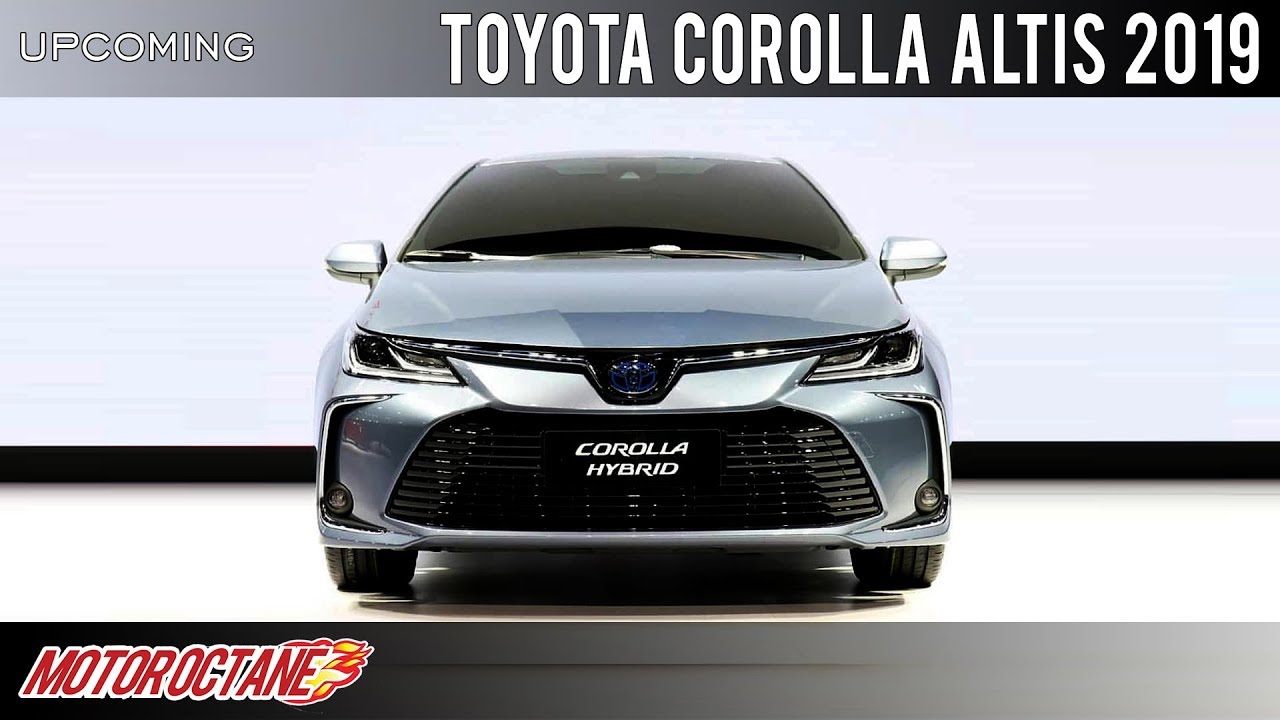