The Thunderbird is a cruiser style motorcycle. This was the bike that brought practicality and focused more on the cruiser appeal of the motorcycle. It was introduced with an AVL engine in the year 2002. The Royal Enfield Thunderbird is known as the Royal Enfield Rumbler in international markets. There was a change with the engine later. The bike was renamed Thunderbird Twinspark owing to the twin sparkplugs in the UCE. Other parts have seen only minimal changes from the original Thunderbird. The final drive chain is moved to the right side and it is the most obvious change from the old model apart from the new engine. The 2020 Royal Enfield Thunderbird 350 is a bike that has to comply with the BS6 emission norms and there are a lot of changes that have to made to the engine layout. Read ahead to find out what those are. The current price of the Thunderbird 350 is Rs 1.57 lakhs. With all the changes made to the engine and the console, The new bike will cost around Rs 40,000 more. A lot of money has been spent into research and development of this vehicle and this will surely reflect in the pricing of the new model. The Thunderbird will be priced at around Rs 1.87 lakhs at least after the update. This will make it a big decision for many who are planning to buy a bike that almost costs 2 lakhs and offers much less than the competitors do.

There won’t be any new colors in the new Thunderbird. It will continue to have the same colors. It will have a lot of chrome bits.

Thunderbird will have a slightly more cruiser-style riding position because its footpegs appear to be positioned about two or three inches further ahead than before. The rest of the bike appears to be identical to the test mule spotted earlier this month. It uses a new double-cradle chassis and features a more compact exhaust.

The platform appears to have undergone change as well, as the previous spy images show a new twin-down-pipe twin-cradle chassis. The engine still remains air-cooled but we expect it to be compliant to the stricter emission (BSVI) norms. As reported earlier in the Royal Enfield Classis spy shots, we believe the displacement of the motorcycle has gone up and the company may not sell similar motorcycles with two different engine sizes on offer. Similar treatment is expected across its portfolio.

The Royal Enfield is a heavy bike. All this weight affects acceleration and bogs downs the Thunderbirds top speed too. The bike achieves a top speed of 107 which comes along with a lot of vibes. This bike can cruise easily at a speed of 60 without any vibration and offer a plush ride. The handling of this bike is like a cruiser motorcycle. The suspension is softly sprung. It’s not the most stable around corners. Secondly, the bike is heavy and steering in traffic is a task. All this won’t change with this update and the bike will this 2020 Thunderbird.

This vehicle falls in the cruiser category. Currently there is bajaj avenger and the Suzuki intruder. Both these bikes cost lesser and provide more value for money. The reason why the Royal Enfield sells is because of the fans and the name it has in the market. This will continue to be same after the launch of 2020 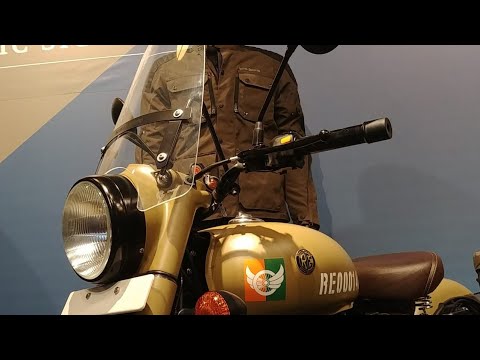