The Chinese manufacturer CFMoto has launched 4 products in the Indian market. Of these new products of the CFMoto 300NK is the first product of this company. The company has stayed to its promise of providing the bike with an Austrian design. The company will have a price war. Along with this, it is also taking a big risk. To know more about why it is a risk scroll down.

The price of this bike is currently 2.29 lakhs (ex-showroom). At this price, the bike will be a good option as it will be a 300 cc sportbike which competes with the KTM brand. The pricing of this bike is very crucial as the brand KTM has priced its bike very close to each other. The price depends on certain factors like the assembly of the bike is in India as it is a CKD unit. Another factor that affects the price is that the brand is new in India and to create the initial market share the manufacturer will have to price it with a lower profit margin.  But the company is managing that by providing Warranty. In addition to that, a 300 cc bike as an entry-level vehicle in a market that is dominated by 150 cc bike is a bit of a risk from the company’s side. Now that the bike has been revealed there are few that we see for confirm on this bike. The design of this bike is very similar to its Austrian rival ‘The KTM Duke 390″. In addition to that the company also claims that it is indeed an Austrian design. As said before, the designs closely resembles the design of the KTM 200. This design is supposed to be discontinued after the BS6 norms as the new variant of the KTM Duke 200 will be out. This means that the fans of the old design might turn heads to this CFMoto 300NK.

The bike is confirmed to get an underbelly exhaust and the LED headlights are a part of its standard package. The wheels have a colour that has never been offered on any bike and this surely gives the bike an upmarket feel. Plus the bike feels very sporty due to the exposed trellis frame. The design of the bike is one place where this shines.

This bike gets a DOHC engine layout. Along with that, the option of ABS is available. Now whether the company offers switchable abs or not is something that we will have to wait for the company to confirm. This bike will get riding modes, so a ride by wire system that might be seen here. In addition to that, it gets a full TFT color display. The DRLs on this bike will be completely LED. On top of that, the headlight will be too a LED unit. The alloy wheels offered on this bike seem to have a fresh look and will tend to grab attention. The 300 NK is powered by a 292.4cc single-cylinder, 4-valve, liquid-cooled, DOHC engine that will deliver 33.5 BHP of power at 7200 RPM and 20.5 Nm of peak torque at 8800 RPM. Therefore the engine will be a power tuned engine. This means it will attract all the power-hungry customers, especially youth.

This company knows that when they enter the new market they have to gain the trust of their new customer. That is the reason they are offering a 100% loan finance for the purchase of the vehicle. This will encourage customers to buy the bike more easily. Secondly, in addition to that, the bike also gets a 2-year warranty. This is what people want from a new company, the assuring that even if there is some problem with the vehicle it is the companies responsibility to fix it. The option of 3 years extended warranty makes things premium too. 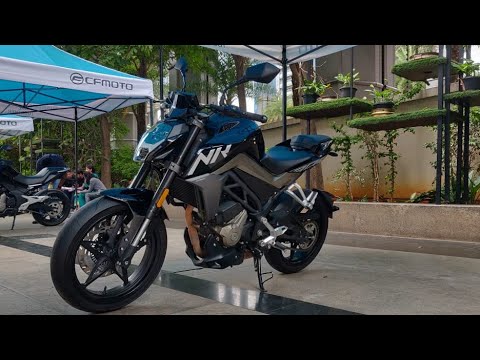