The 2019 Toyota Glanza is coming soon. It is launched this month and places Toyota in the premium hatchback segment. Apart from that, the exterior of the car does not seem to have any changes and appears to be a facelifted Baleno. The car gets a new grille with the Toyota logo and Toyota-centric badging at the rear. The pricing of this new hatchback starts at Rs 7.21 lakhs (ex-showroom, New Delhi). The weight of the Baleno and the Glanza are exactly the same too. No difference in the build quality as well.

We have been bringing you the exclusive images of the cars interior and exterior completely revealed. Along with that, the pricing according to variants is also there. Check that out below.

The car is made with The Maruti Suzuki Baleno in the same plant at Gujrat. Toyota offers only two top variants of the car. The Baleno on which it is going to be based has been recently updated with a new engine and a Smart Hybrid system as well. Toyota is more than happy to have all these updated features in a car it intends to sell with its badge on it. The car gets the new 1.2-liter DualJet engine which is BS6 ready. In the pictured shared by the company below. We can see the car has the same look of the Baleno and we are expecting the front to have a slightly different look, a revised bumper, grille and some other changes to the DRL setup.

The overview of the 2019 Toyota Glanza is that is mechanically going to be the same car. The Baleno has an impressive road presence. The interiors are also roomy and feel quite airy. All these traits are going to be great for a Toyota car. The cars have some characteristics changed to their appearance. The Maruti Baleno was the car that gave the premium hatchback segment a boost. While being spacious and feature-loaded, it is economical as well. But apart from this, there is no change in the car. The Baleno and the Glanza is the same mechanically and features wise too. The difference between the two is the 3 year/1 lakh km warranty which Toyota offers on Glanza, while Maruti continues to offer a 2 year/40,000 km warranty on the Baleno. Additionally, Toyota is expected to offer additional warranty packs, including a 5-year True Warranty package and a 7-year Toyota Timeless Warranty package (both are offered on a chargeable basis). The car is expected to be priced aggressively. Toyota is mindful of launching the car with an aggressive price. It will not want to give the Maruti Glanza a free rein on the market despite selling the same car. The 2019 Toyota Glanza cost, Rs 7.21 lakhs to Rs 8.90 lakhs (ex-showroom).

Toyota has struck a deal with Suzuki which involves them using the Ertiga, Ciaz and the Baleno. This move helps Toyota filling the gap in their line-up. It is interesting how the Suzuki plant copes with the added number of cars that it needs to produce along with the Toyota vehicles. Amidst all this, there was also news coming in last week about – 364 units have been manufactured and Maruti adding these units to its sales report. This is a point of contention where an OEM is not reporting the sales of a car wearing its badge and the sales is reported by the supplier. There will not be any changes in the dimensions of the car. It will be identical to the Maruti which is a spacious hatchback and offers good road presence too. The Toyota Glanza will not have any major change in the interiors. The basic black theme from the Maruti Baleno will continue to be there. New upholstery will be seen. The seat fabrics and leather will be revised. The top-end variant will get plush leather seats. The leather on the steering wheel and gear knobs will be of better quality. The steering wheel also might see a change. The dashboard layout will be the same. There should be a more advanced touchscreen audio system in place. It will have Car Play and Android Auto additionally, it will also be able to connect with various apps to control a few features of the car.

Toyota will retain the basic design and platform of the Maruti Baleno. Making an all-new platform and design will make the car expensive. Cosmetic changes will be done to the car, though, to bring in some freshness. It will get a new front end. This includes a new front grille. The headlamps will also have new projectors and will probably have better illumination. The LED daytime running lights also will be in a new shape. There will be new alloy wheels and there could be some different color options too.

The car will receive a mixed reception. There is no telling what it would be like. But we do know it will take on its Suzuki cousin, the Baleno, the Hyundai i20 and the Honda Jazz. Let’s see what happens. 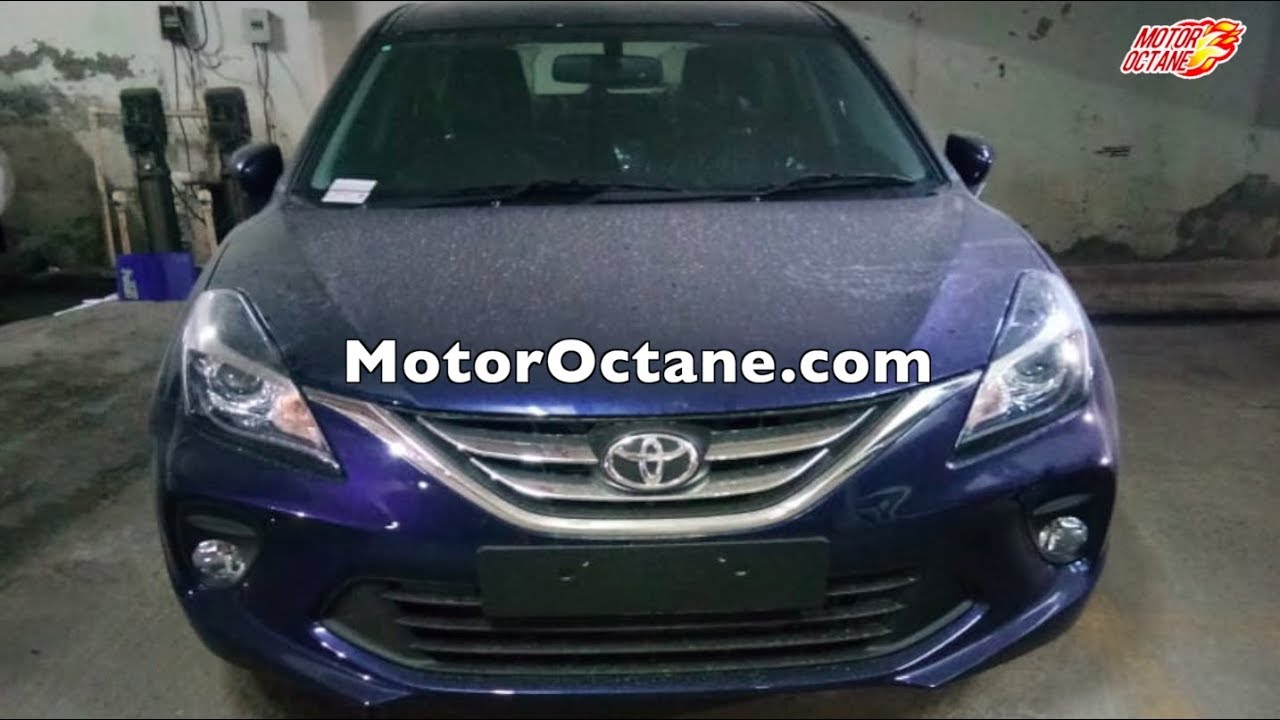