Now, generally I don’t write stories in a column or a direct person format but this is my first one. I have never understood why brands aren’t taking the tried and tested routes for India. For instance, Renault is a good case study. It seems to have always gauged the fact – India needs products that will be made for Indian audience. Frugal engineering is one of the most common terms used by the brand. A simple example is Apple – made products for consumers, which they always wanted but never thought it will be possible. The iPod, iPhone, Macbook – all these are great examples. Innovation is the key. Anyone can – monkey see, monkey do! It takes courage to get all new and innovative products. Today any brand that needs to come to India, needs to understand this. If you just get a product from other market for India, it might not be the right choice.

Renault began its Indian innings with the Duster. This was a runaway hit for the company. An all new segment was created. Back in 2012, no one knew what was a compact SUV. The others joined the band wagon later. There was a need for this, but no segment. Creating an all new product on the customer feedback isn’t a risk. Its a story of success. The Duster didn’t just succeed itself, it has made an entire new segment that has taken up a major set of sales for the Indian car market. It makes it easier to have the numbers going then. Its being a new leader instead of doing a catch up game. With a lesser known name in the country, limited dealerships and smaller number of touch points it is a difficult game to win.

Renault achieved success with the Duster and then came in the Kwid. This has made its own segment and became the talking point. A car in the price of Alto, with SUV-like looks, touchscreen and now even reverse camera, this is news in itself. It doesn’t need any extra marketing. The others are working on this and will be doing a catch-up game soon. This is one reason why Renault has been the most successful European car brand in the country. 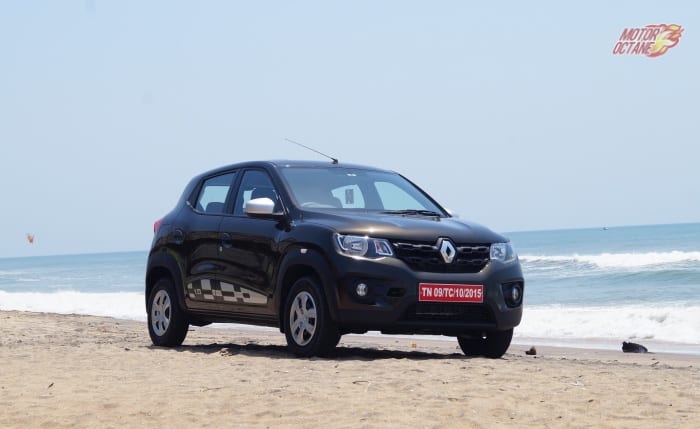 I have always been a fan of this brand, specially when I saw their F1 team with Fernando Alonso to end the winning streak of Michael Schumacher and Ferrari. This company has 120 years of legacy in the automotive industry. There are a lot of things that can be spoken, focus on localising in India – indicating long-term plan for the country, penchant for innovation and focus on the market demands by creating new segments and sub-segments. But my today’s discussion is on the Triber. This is likely to be another revolutionary product from the brand. The company will have a highly localised product to create a new segment for itself once again. It will be an ultra modular platform based on a new platform. The key highlights for this product will be its space and modularity. This is the company’s jargon. The image shared indicates it will be a lifestyle product and super spacious. My simple breakdown is: this will have a lot of flexibility in terms of practicality. It has been made for the Indian audience and shall be launched in the second half of 2019, I reckon July-August, before the festive season commences. I can’t wait anymore for this vehicle. Are you excited too?