The Tata Harrier is doing wonders for the brand and the manufacturer is now planning it’s 7 seater version, the Tata Buzzard which is also all set to move the market. The car has been shown in the near-production form at the Geneva Motor Show. The car has been recently teased by Tata in it’s latest videos. The name – Tata Buzzard is a working title. With technology from all Tata subsidiaries, the car will have the best of the best. But will it bear the name Buzzard or will Tata revive an old marquee? Scroll down to find out.

The new spy shots of the buzzard reveal that the car will get a new tail lamp design. The car that was spotted previously had a tail lamp designs as on the tata harrier. To make the harrier a 7 seater the rear section of the car has to be changed. This has resulted in a change in the design of tail lamps. The Buzzard has been spotted again by our subscriber at Kolhapur.  The spy shots of the vehicle show that it has a larger overhang. This is done to accommodate the extra seats. The car has been seen with a raised roofline. This might have been done to get the give more headroom to third-row passengers. In the Buzzard, the 3rd-row seats will be placed higher to increase the departure angle. Keeping that in mind the Buzzard has been increased for head room.

The BUZZARD is already under development and will be brought to the market quickly. Tata has been introducing products in succession since last year nonstop. They will want to continue this streak that keeps the brand’s image fresh and new. Speaking to a leading publication, Guenter Butschek, CEO & MD, Tata Motors, said the seven-seat Harrier will be part of a “firework of launches in the calendar year 2019”.  The car is currently undergoing testing and you can check out some spy shots of the car below.

The price of the upcoming Tata BUZZARD will be somewhere between Rs 16 lakhs to Rs 25 lakhs. It will be a little bit more on the premium side of the segment. The price will make it one of the most expensive Tata cars ever to be sold to the public, but not the most expensive Indian car. The BUZZARD will still be cheaper than the Mahindra Alturas G4.

Also Read: Tata BUZZARD will be cheaper than the Mahindra Alturas G4

As suspected, the BUZZARD will get a lot of styling and inspiration from its younger siblings, the Tata Harrier and the Tata Altroz hatchback. The car will have features like a 360-degree camera, park assist, different driving modes and different mood light settings. The infotainment system will be the best one Tata has put inside a car and will feature mind-blowing speakers along with Android Auto and Apple CarPlay to be standard. The car will get leather upholstery and electrically adjustable seats along with we can expect soft touch material all around the dashboard and the door handles. There will be a good amount of smart storage spaces too. To the run-up of Geneva, Tata has now released a picture of what looks like a Land Rover gear selector. The Tata BUZZARD will seem to have a Land Rover inspired gearbox. This is a very cool addition. We had also bought you the news that the Tigor EV was spotted testing with a knob gear selector —> Click here to know more

It is butch yet an elegant SUV. A lot of Impact 2.0 design philosophy from the Harrier has carried on this car. The car will have a lot of cool and new design elements that we will see for the first time in a Tata product. These design elements and features will be worthy of a flagship model. Buzzard features the trending twin light setup which merges with the car’s new design. This kind of attention to looks and design will make the car stand apart. The car will see more features come as standard in this car. This will be due to the fact that the BUZZARD will get lesser variants, actually in keeping with the segment, it might only get 2 variants. Tata Buzzard will get a sunroof, 4WD, electrically adjustable seats, 360-degree camera, electrically adjustable seats and a more informative display and instrument console which will make it a competitor to the Mahindra Alturas and will have to be packing way more intelligent storage options and specs to take on the segment.

The car will be made on the Omega platform which is the current base for all upcoming Tata SUVs. The car uses the Fiat-sourced four-cylinder diesel engine with a six-speed automatic and manual transmission. Tata calls the unit Kyrotec. It will be a new engine in the company’s diesel line up. The engine is shared with the Jeep Compass which will make more than 170bhp when introduced and is done to make it more powerful than the Mahindra Alturas G4. The car might also get the excellent terrain-response system from Land Rover. Buzzard is going to also get bigger and chunkier tires than the Harrier five-seater as it will be built using the Land Rover D8 architecture and the latest OMEGA platform from Tata. Contrary to what many think, the wheelbase of this new car will be bigger and the overhands for this car will be different. This car like the Hexa, could come in multiple variants. There will definitely be a base variant which will not have features like a big infotainment screen or 4WD. Tata will make sure there are features that will attract buyers from the Toyota Fortuner too.

With the best parts available from Tata, the BUZZARD will be made using the Harrier platform this car will compete directly with the Toyota Fortuner, Mahindra Alturas G4 and the Ford Endeavour. It is also important to understand that this will be the most premium offering from Tata. They will make the whole car localized and in great fashion. The car will also lure some of the buyers of Mahindra XUV500 and Tata’s own, Hexa. Buyers of the Innova Crysta will also look at making the Tata their next car. 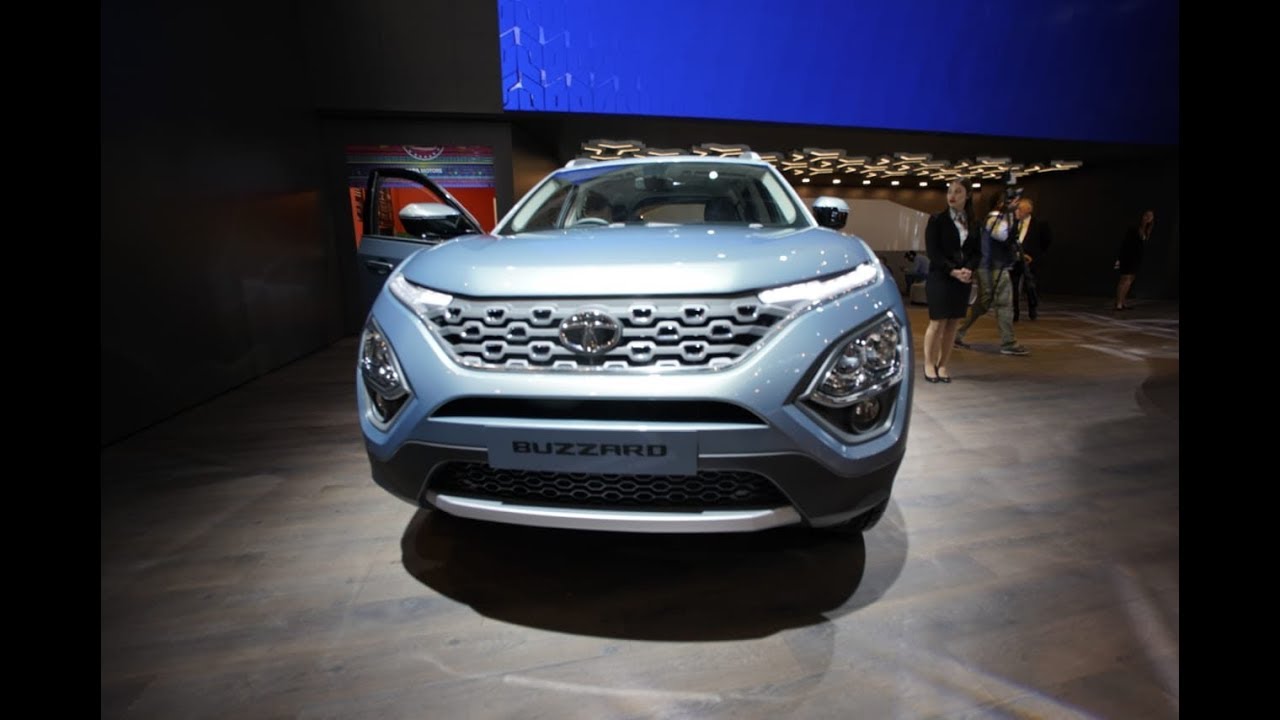