Tata Motors today rolled out the 1st unit of the upcoming Altroz from its plant in Pune. With this, the company is all set for the launch of the highly anticipated, premium hatchback in January 2020. The Altroz is the second vehicle designed under the Impact design 2.0 language and first one to be developed on the new ALFA architecture.  The 2019 Tata Altroz is now under production and is going to be shown next month. Before the year ends, you will have our review of the Altroz. Below is the first production Altroz. Check it out. Commenting on the roll-out, Mr. Mayank Pareek, President, Passenger Vehicle Business Unit (PVBU), Tata Motors said, “We are thrilled to roll-out yet another class defining product from the plant today. The ALTROZ is our first product that will be launched on the all-new ALFA platform and we believe that it will raise the bar for vehicles across the premium hatchback segment, come 2020. Since the unveiling of the concept in 2018, the anticipation for ALTROZ has always been high. We hope that customers will appreciate the new futuristic design with host of smart features, many of which are one segment above.”

Since the car is going to become soon, we have made a list of reasons for why we should wait for it –

In the above video we share the five important reasons to wait for the Tata Alroz namely – Platform, Safety, Design, Engine and Features. The features and the specs on this car looking existing and it will be interesting to see how this car will shape up to be as a production model. Check out the spy shots of the car below and more in the gallery at the end. What do you think will be the price, specs and features on this premium hatchback? Will you wait for the Altroz and not buy an i20?

The bookings for the Tata Altroz will open on the 4th of December, this is way before its launch in 2020. The car will be unveiled on the 3rd of December and this will be a great way for Tata to attract customers. Now, this vehicle has a very premium aura around it. Tata, itself regards the vehicle as a gold standard and to convey this same message the vehicle bookings have also been started. The booking amount is expected to be around Rs 21,000. This is a decent amount comparing it to the price of the Tata Altroz. The Tata Altroz will be launched next year, January. It will be unveiled at the Geneva Motor Show in March. We had earlier reported that the car will be launched around Jaunary. We were pretty close. The car will be shown in its production avatar at the Geneva Motor Show. The car is currently undergoing rigorous tests. The pictures of the testing mule of this car have been spotted and released multiple times. Currently, the company is focusing on Harrier, Nexon, Tiago, and Tigor. The Harrier, Tigor and Tiago have their JTP versions were launched recently. The launch has been postponed because now the car will get BS6 engines directly. Earlier the plan was to introduce a BS6 compliant engine. The Tata Altroz is likely to be priced between Rs 6 lakhs to Rs 10 lakhs, on-road. Tata will try and undercut the Maruti Baleno in pricing. This will give it a tremendous edge. The car will be manufactured locally. Thus, from the start, this will give it a big edge in competitive pricing. If the pricing of the Nexon is to be considered, then we can safely assume the Tata 45X is going to want a large piece of the segment. The i20, Jazz, Punto, and Baleno are a part of the premium hatchback segment and have shaped the market to their needs.

Tata will have to make sure that they give the features that a customer in this segment is used to. Cars sold in this segment carry certain customer expectations and demands that need to be fulfilled by the manufacturer while being very competitively and closely priced. The Altroz is an exciting package and should be offering some good value for money. When it comes to styling, the Altroz follows the Impact 2.0 design language. This design language is what is to be used by Tata Motors on all its future models. This hatchback is based on the Advanced Modular Platform. But the Tata Altroz is a futuristic concept. It has sharp lines and a very aerodynamic design. Shod with a sleek front end, the windshield rakes sharply, to give it a very sporty stance. It looks dynamic even at a standstill. The whole car gives off a very athletic vibe. The spoiler looks like a continuation of the roof of the car. The overall exterior look is summed up by Tata as – the LASER look. It’s edgy, paired with clean sharp lines and more importantly a commanding/sporty road presence. The Tata 45X gets a thin grille. It’s fitted with LED headlamps and DRLs. There is going to be a separate grille on the lower part of the front bumper. The front bumper itself looks very big and low. Flared wheel arches make it look muscular. The car is wide enough to rival the likes of Hyundai Elite i20 and Maruti Baleno. The Tata 45X has a long wheelbase. It is low slung and the engine bay is small. This gives us a sense that the cabin shall be very spacious. This is what will be its USP and what customers would like to have in a premium hatchback. The other thing if you notice is the flat bonnet will aid in all-round visibility and make maneuvering this car in traffic a breeze. The result will be the driver having a relaxed drive. Tata Motors hs given this premium hatchback all-new set of interiors. Of course, this new steering wheel shall be shared with the Tata Nexon facelift too. The Altroz will have all-black interiors and this will make it look sporty. The Tata Altroz will have exterior colour that shall be used for AC vents surrounds. This is the same that is already done on the Tiago and Tigor. The features on offer on the steering wheel shall be audio and cruise control. The instrument cluster will have half digital and half analog system layout. This design will be similar to the Harrier’s cluster. The touchscreen system will be similar to the Nexon. Its an eight-inch display and it will have Android Auto, Apple Carplay, a reverse camera on offer. There will be climate control as well. Tata Motors is offering the Altroz with leather-wrap on the steering wheel and even the gear knob. The armrest also has storage too. On the inside, features like push start-stop, dual airbags, ABS, EBD with BA. The seats have fabric on them and the front ones have adjustable headrest too. The Altroz even has a lot of space at the back. There is sufficient space for three at the back. To add to it, the boot is about 330 litres.

The engines will be fuel-efficient too. The six-speed gearbox will do wonders for the mileage. They might not be the best when it comes to performance, but they will offer a good package, especially at the price this car is expected to come at. It will also be cheaper and more cost-effective to have an AMT unit in the car rather than a traditional automatic. This could be one of the same units as seen on the Nexon.The Altroz is going to get a 1.2-litre turbo petrol engine. There could even be a non-turbo version, which will be an entry price point version. This shall be the same 84bhp, we have already seen on the Tata Tiago as well. The diesel might be the 1.5-litre, which will be shared with the Nexon. These are the new generation engines from Tata. The engines will churn about 100-110bhp of power and will be offered with a six-speed manual and also AMT options. These will be the first set of premium hatchbacks that shall get AMT. However, there is some talk about this car getting a CVT gearbox like the Hyundai i20. The automatics will come in later. This is what most of the Indian car brands have been doing. A bit too annoying habit for all of us.

Both petrol and diesel Altroz are very safe cars. They get ABS with EBD as standard and this makes the braking of the Altroz very surefooted. A set of 2 airbags is given at the base model. Considering the expected price it is a decent offering but this vehicle can be much safer if it is provided with more airbags. The parking of this vehicle is taken care of by the rear parking sensors. These sensors paired with the rear parking camera will make parking this vehicle a cakewalk. As far as child seats are seen in India, their use is a bit less but there is the growth of more conscious parents who prefer keeping their kids at a safer place in the vehicle and that’s why an Isofix child seat mounts is provided. This might not be of a buying point as for now but it is more like a good to have feature. The front fog lights have a trick up their sleeve. They have a cornering function which will be very useful while driving on winding roads. As this vehicle is a hatchback it will be a preferred vehicle to drive through the winding roads of the ghats. This cornering fog lights will make sure that the side you turn remains lit up providing you maximum visibility. The Tata Altroz will also be a very safe car when it will launch. The car could get 6 airbags, Traction control, ABS, EBD, ESP and other safety features like Corner Control Stability and also Pedestrian safety. The Tata Altroz is a feature-packed vehicle. This vehicle has a list of features that it offers which basically increases the premium feel of the vehicle. Front and rear fog lamps are a feature that improves visibility at both ends. The front fog lamps also have cornering ability. This makes the vehicle basically very easy to drive. It gets LED daytime running lights. The interior of the vehicle might also get ambient lighting. This will be combined with features like keyless go and height-adjustable driver seat. Making driving fun and the carefree affair will be the motive of this Tata Altroz. As for the quirky bits, the vehicle gets follow me home headlamps which stay on for some time to guide you if you are parked at a dark place.

The front and rear get fast charging ports, as well as the rear, gets AC vents. The driving is made easy with electric ORVMs. A lot of fuel is saved with the help of the Idle start-stop system. The function of Cruise control is seen in the vehicle which makes the highway drives fun. The vehicle also has powered tailgate making opening and closing of the boot an easy task.

The Tata Altroz will be competing with the Fiat Punto, Hyundai Elite i20, Maruti Baleno and the Honda Jazz. Tata Motors is looking at enhancing its reach in this segment. What they will have to offer is the best in class, that is when it will work out. This car is expected to bring some more zing into the segment, which is veering towards SUVs. It is interesting that Tata will be making the car available. 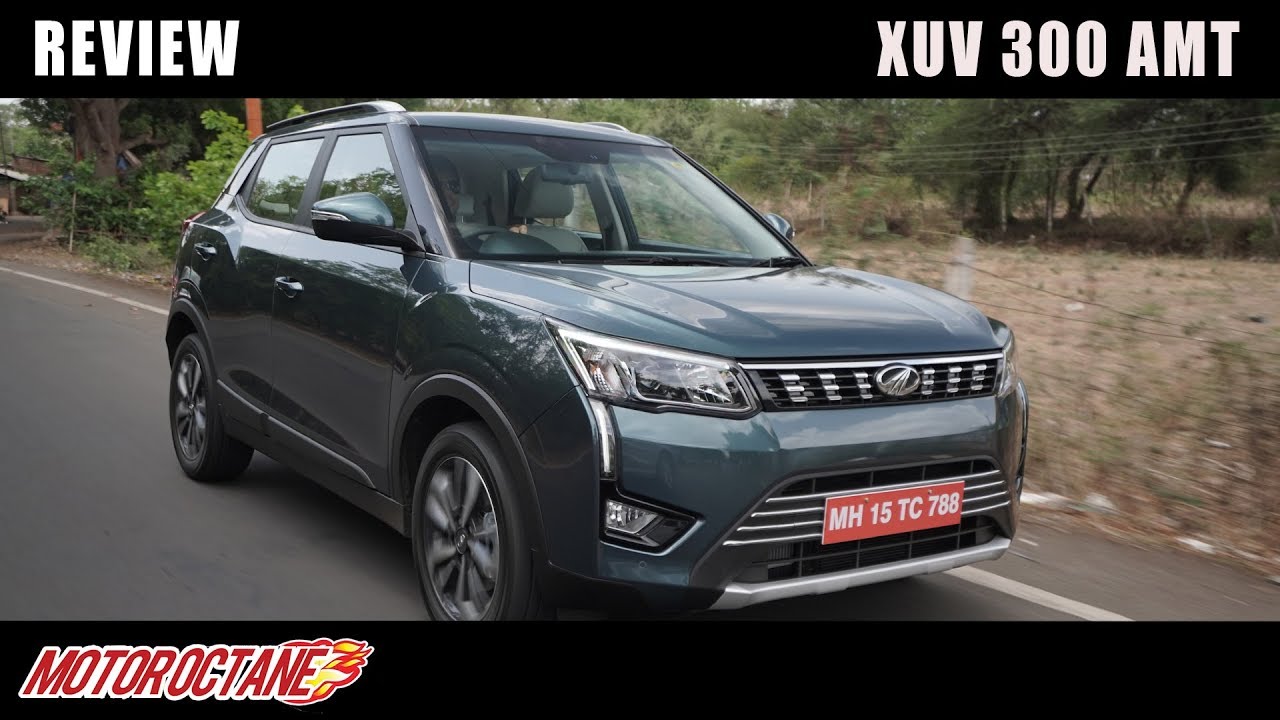