The new Honda City is coming soon and while the car is expected to go on sale in India in 2020 next year, the new car has been official launched in Thailand The City is a very important car for Honda in India and been a segment leader for a very long time with the Maruti Ciaz now giving it serious competition. The fan following for the Honda City is so huge that even after the launch of Honda Civic many are waiting for its launch eagerly and thus the Honda City 2020 is really important. We have also come across some spy shots of the car testing in the fifth-generation production form and you can check out the images below.

To explain better – below is a video that we have made for you to specifically explain more about the Altroz.

Honda would not like to play around too much with the pricing of the 2020 Honda City and there might be an increment in price only for the top model. This will be the variant that will get the most number of features, hence the pricing will be higher but on the other hand, the entry-level model shall be offered with dual airbags, ABS and even ISOFIX.

The pricing of the new City 2020 is going to be somewhere in the range of Rs 10 lakhs to Rs 18 lakhs (on-road) and the engines offered with the City will definitely be BS6 compliant which is also a reason for a slight price increase, especially in the diesel version. Honda is working on the City hybrid too, but that is still some time away.

We expect the 2020 Honda City to be launched by mid-2020 or maybe at the 2020 Auto Expo but the current understanding is that the new-gen will make it into production by 2020. We think it will be another way and the 2020 Honda City shall be made available by 2020 itself as Honda has been particular about its 5-year cycle.

The upcoming Honda City is expected to come with a smaller 1.0 litre engine with a turbo. This puts the manufacturer to provide a smaller engine. This engine will make more power than the 1.5 litre petrol engine which will be around 120 bhp. The turbo will be sourced from the company “Borg and Warner”.  This will be seen with a manual as well as a CVT gearbox. This configuration of the engine has been seen in Thailand already. Another engine configuration will be seen with the 1.5 litre engine and 2 gearboxes.

The console of the Honda City will be borrowed from the Honda Civic. It will be a complete digital unit. The best thing about this console will be its modern look. This will be joined along with a plush instrument console which also will be a digital screen. Overall the vehicle’s cockpit will look very modern and ahead of it time. The console will have Apple Car Play and Android Auto. The touch screen panel will be bigger and the touch will be like that of a smartphone. These details are small or but make a difference in revealing the overall quality of the vehicle.

The dimensions of this new 2020 vehicle will be bigger than the existing vehicle. The vehicle has an overall bigger road presence. This is due to a wider grill and bigger headlamps. All this will result in more space in the vehicle as well as a wider car. The bigger dimension will also result in better aesthetics. There will be more space to be left blank and increases aesthetics.

This vehicle will be seen with a BS6 engine from the start. The new engine will be the same BS6 engine that Honda will use on the other diesel vehicles.

The 2020 Honda City is based on the Honda Design C-001 Concept which was shown 2 years ago at the Chinese Auto Expo. Many new design elements will be seen for the first time on the new Honda City. The car’s design will take a departure from aggressive and lean design to a more flowing and upmarket look, almost mimicking the bigger Honda Civic to some extent. The dimensions of the new city will not change much although the wheelbase will be slightly increased. Also, ground clearance will be better and this will be a wider car than the current version. which will increase rear passenger space. The new City shall be sporty, sleek, stylish and shall offer a lot more on in terms of design appeal. The only thing that gets smaller is the wheelbase

The vehicle is spotted with full LED lights. Going with the recent trend of offering full-LED units, Honda has decided to give the upcoming Honda City 2020 a complete LED unit for headlamps. This will aid in better illumination and open opportunities for more advanced features like cornering headlamps and other features. The 5th generation of Honda City has been spotted a few time while being tested in India and abroad. The shape and design will see some change in this generation. This generation of the Honda city seems a bit wider than the previous one. The quality of the body panels will also improve. There is expected to be an overall improvement in the fit and finish of the Vehicle. It also features a blackened B-pillar. Along with this, there will also be a shark fin antenna as before.

The fifth-generation is based on a new platform. It will be more rigid, safer and lighter too, by using high tensile steel. The design of the new City will be the sleekest of all the generations yet which will make it look more sporty and at the same time, it will be more premium and stylish. Honda will try and make the utilization of space in the City based on the new platform better. The car will become a little longer and wider too which will result in giving it more headroom and overall ground clearance is also thought to become better.

Here is where the biggest changes will occur. The new dashboard will be radical. Some of the design bits will be lifted from the Civic styling even though the current version of the City is more about being elegant. The first-gen City character is likely to come back with a hint of sportiness though, there shall be a long list in the offering. to begin with an 8-inch touchscreen infotainment system with Android Auto, Apple CarPlay and MirrorLink. Honda will continue the instrument cluster on the Civic to the Honda City. The car will get a similar kind of functionality for the stock like that on the Civic. The center console will be slightly tilted towards the driver. The space in the car was never an issue and Honda will not mess around that in this model too.

This model should even get wireless charging, ventilated seats, rear AC vents and leather upholstery and in terms of safety, higher models will have six airbags, ABS with EBD, ISOFIX and even traction control. The additional features in the 2020 Honda City will include a sunroof and even controls for the music system from the rear seat. In terms of space, there should be a reasonable improvement in the cabin space. We expect the City to grow wider than longer which will mean ample room for three passengers on the rear seat. The City has been practical for storage but the boot should be about 500 liters in space on the 2020 Honda City.

Honda will upgrade the existing 1.5-litre i-DTEC and 1.5-litre i-VTEC petrol engines and the petrol will also now get mild hybrid technology. The 1.5L diesel engine currently powers the Amaze, City, WR-V, BR-V and the Jazz. There will also be a 1.0-litre petrol engine that will produce 120bhp and 176Nm of torque. This will only be availble with a seven-speed sutomatic gearbox. There will not be a change in the major specifications of the 2020 Honda City. The 1.5-litre i-VTEC petrol engine will continue to power this sedan which will churn about 120 horses in power and about 145-150Nm of maximum torque. In terms of transmission, it will get a six-speed manual and a CVT option. This has been an exciting petrol engine for years now. There is more than sufficient torque in it across the rev range. This means to drive in city traffic you will not need to change gears very often making it convenient. To overtake as well, you will not need to downshift that often. The second engine on offer will be the 1.5-litre diesel which should churn somewhere in the range of 98-105bhp. It will have a torque of 200Nm. It will have a six-speed manual will be offered. The turning point will be the introduction of a CVT automatic. The Honda Amaze now comes with a diesel CVT and the City will also get this. With the CVT, power may be kept at around 90bhp which will be much more refined and the NVH levels are also expected to be better. The only downside of the engine is its diesel clatter that intrudes inside the cabin. As we have lived with petrol City and the diesel engine, so it is a lot easier for us to predict its efficiency. The petrol engine should return somewhere in the range of 12-14km/l in the city, while on the open road it increases to about 17-19km/l. The 2020 Honda City diesel version will have a mileage close to 16km/l in the city and the number shoots up to 20-22km/l as we head on the highway.

On the exteriors, the car looks brand new and has a different look form the previous generations of Honda City’s. The front end of the car seems to have been in line with the new Honda Civic that we say this year. The headlights seem to have a led element.

The City faces tough competition from the Harrier and the Verna to some extent. The new car will be a very important launch and will freshen up the Citys image in the market. The new car will come packed with many first in class features and will be a highly localized product. The current Honda City is competing with the Hyundai Verna, the Toyota Yaris and the facelifted Maruti Ciaz.

What do you think about this car? Let us know in the comments below. 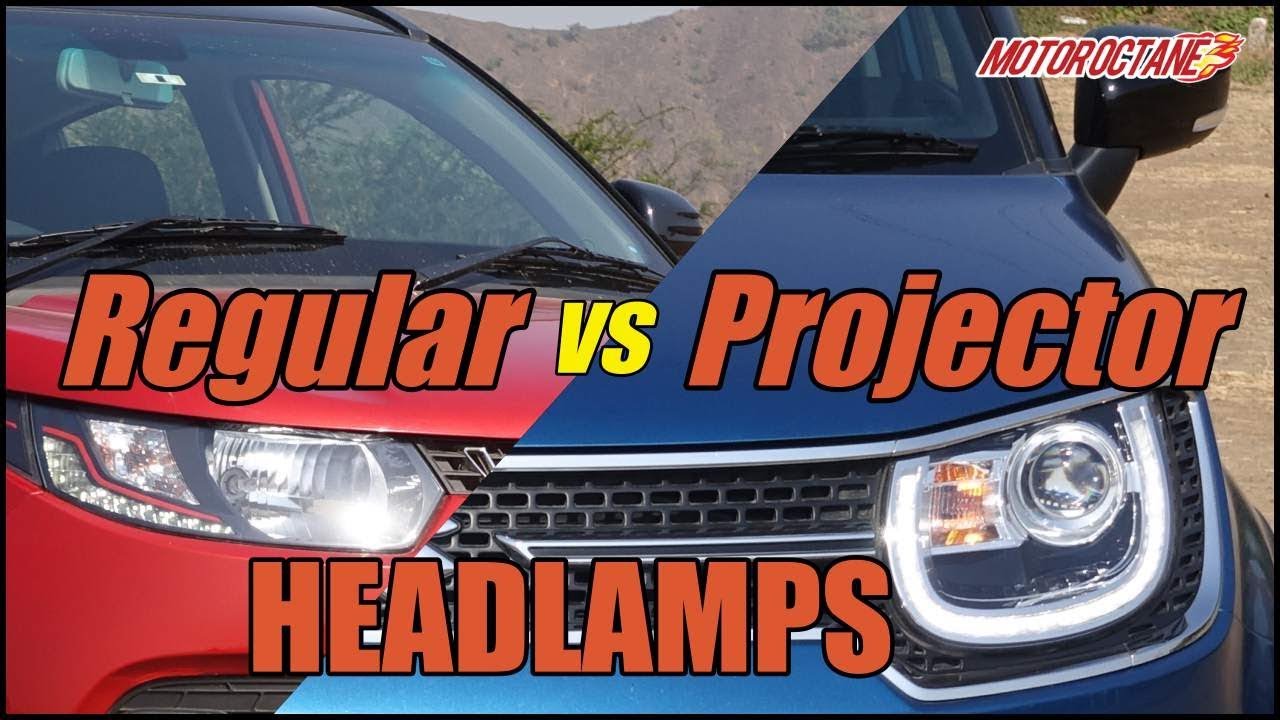