The new 2019 Yamaha FZ FI ABS has been launched. After the R15, this new bike has been due. Yamaha’s R15 has been doing well and the new R15 V3 has been debuted with a new color with dual channel ABS. The FZ-S has been launched too. The new-gen FZ FI will get better performance and a more dynamic chassis. So in terms of performance, features what can we expect? The brand has been doing well in the affordable performance segment. The FZ25 is an excellent product and even winner of MotorOctane’s Youth Bike of the Year 2018. Yamaha hasn’t been offering ABS on the 150cc segment and this bike has finally got it now.

Want to know more about the price? Features? Read further to understand more of this. The 2019 Yamaha FZ FI ABS is going to be an exciting new bike. The looks similar to the FZ 25. So, it has a sculpted fuel tank and a wider one than the outgoing version. This will be coming with LED headlamp. This is a naked bike and it will make multiple new bits too. The headlamp styling is similar to the FZ25. There is no windshield. Front forks are large. For instance, the seats won’t be split and it will be a single piece. The bike is a bit wider and offers better performance too. There will be a new tyre hugger, beefier exhaust that seems to have dual-tone color. The alloy wheel design is different also, as it has 10-spokes. The bike continues to use the 17-inch wheels only. The FZ-S now has a more aggressive design which Yamaha calls FZness. The bike also gets an LED headlight unit and digital display too.

The fuel tank also has a chrome vent and the underside has a protective cowl for the engine. A 149cc engine that currently does duty on the FZ will continue. At the same time, the 13bhp could become about 14-15bhp. The torque is about 12.8Nm and might see a minor tweak. This engine will come mated to a five-speed transmission. The new bike engine will be of a lot of significance to the brand. The Yamaha FZ will finally get ABS and this will make it an exciting offering in the market. ABS has to be offered on all bikes that are in excess of 125cc. The R15 has more power and even six-speed transmission. 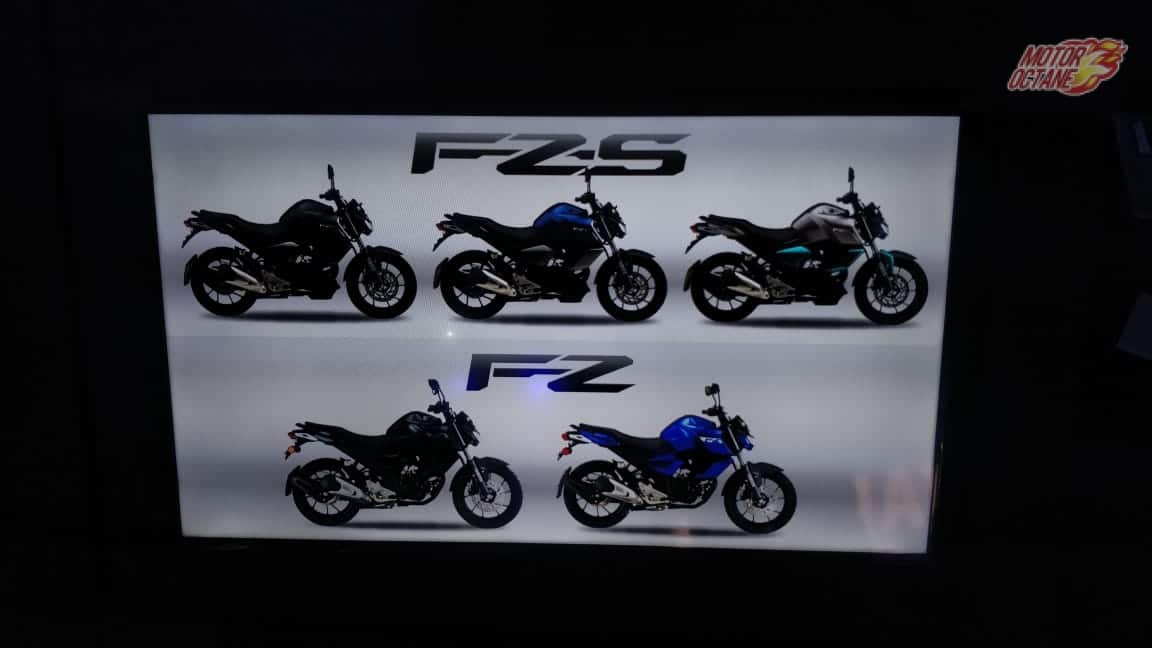 The Yamaha FZ FI ABS will be going on the head on against the Honda Hornet, Honda xBlade, TVS Apache 160 and the Suzuki Gixxer. These are the four major vehicles that will go on to compete with the FZ FI. This is an all new-gen bike for the Indian market. The bike will aslo compete with the KTM Duke 125.