The all new Audi Q7 has been spotted testing once again in India, indicating that the launch is very close. The current version of the massive SUV is being phased out after being around for almost nine years and is now set to be replaced by a crisper looking Q7.

We had first shared the images of the the new Audi Q7 without camouflage in February 2015 and this time a reader of Team-BHP has spotted the interiors of this new version. Audi has equipped the Q7 with a newly developed, two-zone deluxe air conditioning system. Its new operating concept uses fewer buttons and controls. Animated symbols in the display, the high-quality TFT display and the capacitive toggle switches provide for intuitive operation of the air conditioning. The modular infotainment platform (MIB) is an important system component here. The new Q7 is equipped with the second generation of the MIB, which includes a quad-core T30 processor from Audi’s partner NVIDIA. The instrument panel is separated horizontally into two colors, the brighter being at the bottom. There are seven interior colors options provided. The two-piece application strip is available in a variety of material combinations.The design of the new Q7 is masculine and sharper than the outgoing model. Horizontal lines extend above the wheels. The external mirrors are mounted on the shoulders of the doors; blades run from the front to the rear doors with embossed quattro logos. 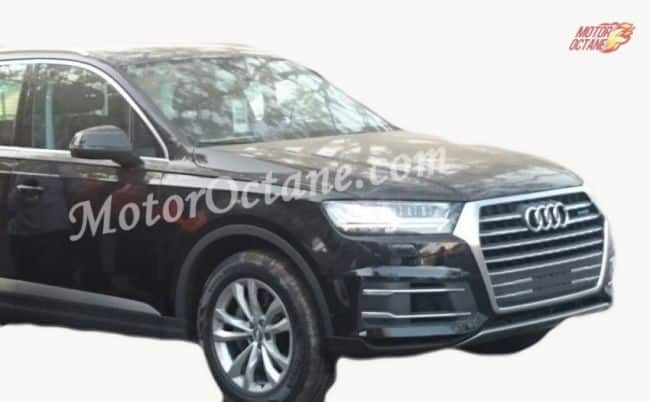 For India, the Audi Q7 will get a 3.0-litre diesel engine and most likely a 3.0-litre petrol engine too. All engines will be mated to an eight-speed tiptronic transmission with the quattro all-wheel drive system. The Q7 will be manufactured in Slovakia and will come to India through the CBU (Completely Built Unit) route.