As we had stated in our previous stories, the Figo Aspire will have only two engine options not three. Ford Figo Aspire’s brochure has even revealed by Rushlane that shows that the new compact sedan will be powered by a 1.2-litre Ti-VCT engine and the diesel will be powered by a 1.5-litre diesel mill. The petrol will produce about 77bhp of power and diesel will also have a similar output too.

The 1.2-litre petrol will even come mated to a six-speed DCT (dual-clutch transmission). There shall be no 1.5-litre petrol as it will increase the excise duty and there will be no meaning of the compact size of the vehicle. The Figo Aspire is first in its class to have six airbags. Then there is the ABS and EBD too. Figo Aspire will have stylish interiors and even the SYNC feature shall be added to it. 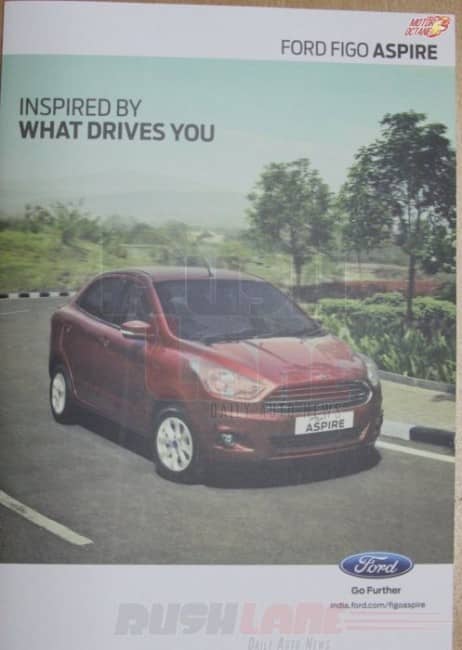 The Figo Aspire will get something called as Perimeter alarm, when someone unauthorised tries to break into the car and Ford claims the boot size to be large enough. The Figo Aspire has sufficient storage space too for one-litre bottles in the front doors and 500ml in the rear door pockets. The key is called as MyFord where a user could promote good habits like wearing seat belts, limiting top speed and lowering audio volumes, else it will function in a restricted mode. 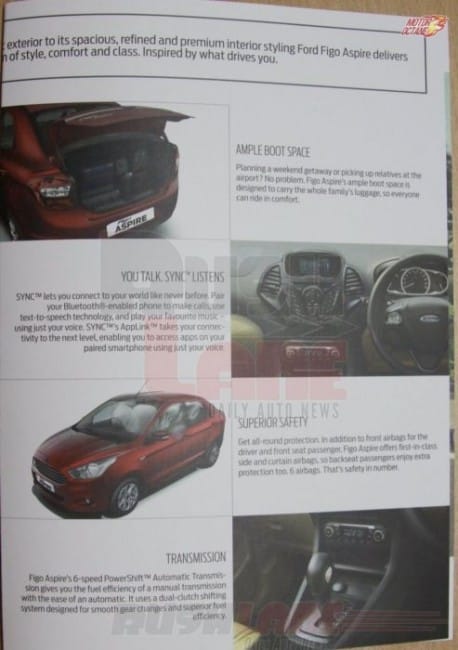 MyDock system allows you dock your phone, GPS or mp3 player and charge it as well. This is something similar to the Datsun, but it is done in a lot more premium way. 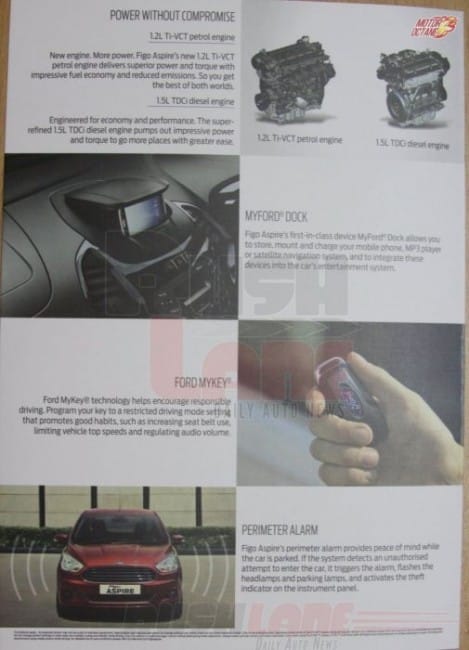